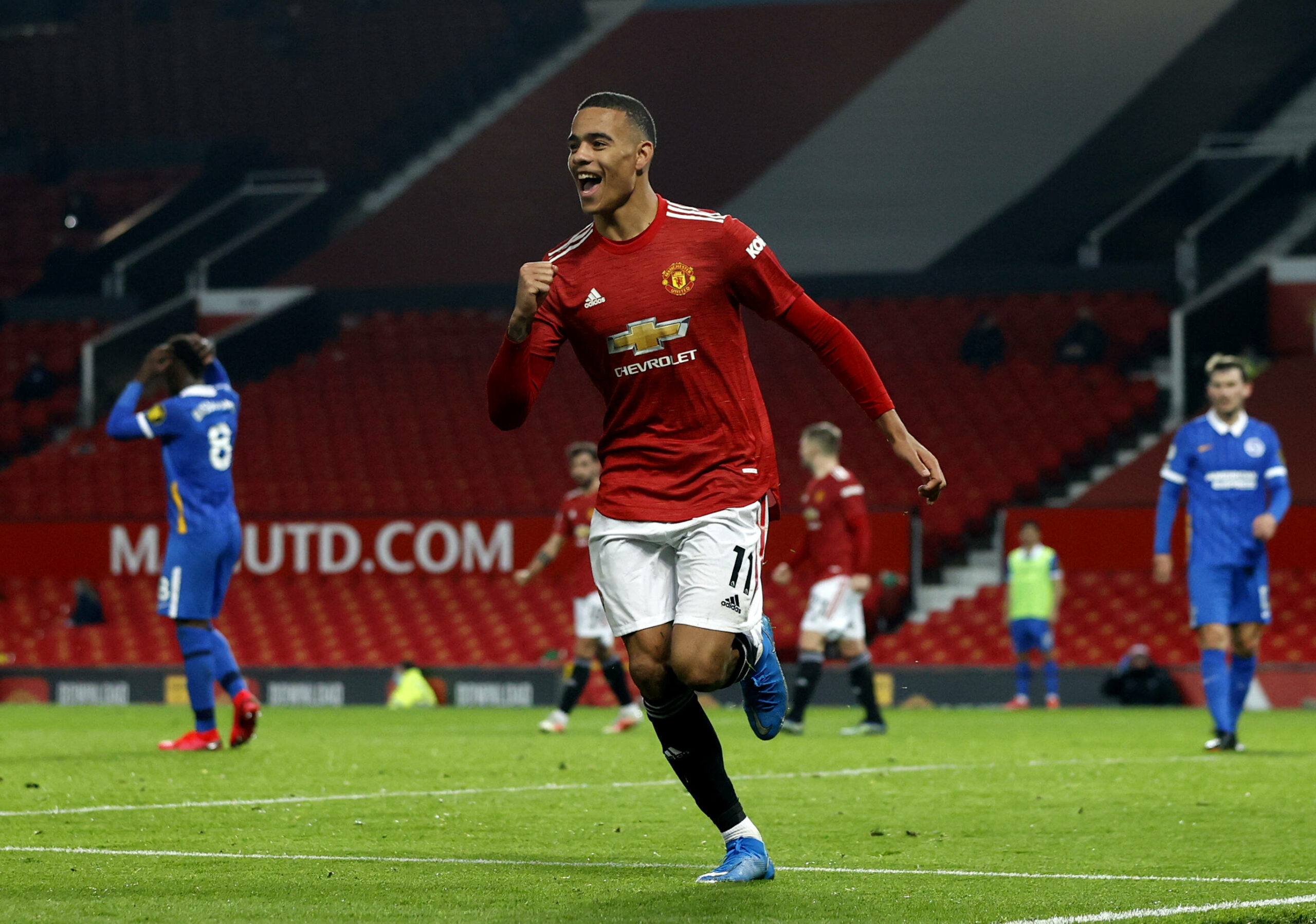 Ole Gunnar Solskjaer has hailed Mason Greenwood, who returned to the scoresheet for Manchester United against Brighton & Hove Albion, per Eurosport.

United staged a second-half comeback to defeat the Seagulls 2-1 at Old Trafford on Sunday night and solidify their position in the Premier League top-four race.

The Red Devils are now 11 points clear of fifth-placed Tottenham Hotspur, who dropped a 2-1 lead at Newcastle United in the dying moments of the game.

But things started awkwardly for United, as Danny Welbeck opened the scoring for the visitors 13 minutes inside the match.

Solskjaer’s men struggled to deal with Brighton’s water-tight defence in the first half, failing to produce a single shot on target before half-time.

Marcus Rashford put the scoreline back to level terms around the hour mark, capitalising on the assist from Bruno Fernandes.

United had to wait until the 83rd minute to turn things around, with Greenwood heading home Paul Pogba’s half-volley to score his first Premier League goal since December.

The 19-year-old put up a blistering performance against Graham Potter’s team, continually tormenting his markers Jakub Moder and Joel Veltman down the right-hand side.

Greenwood’s high-octane display was rewarded with a strike that ended his 994-minute goal drought in the Premier League.

During the post-match interview, Solskjaer heaped praise on the youngster.

“I am so happy for him,” the Norwegian said, as quoted by Eurosport.

“When he gets those goals, we know that he is going to add another dimension to his game.

“I am pleased with his overall performance again very good.

“He was bright, tidy, clean on the ball, hit the post and one that went over the bar, maybe deflected, in the second half.”

United have eight games left in the league and with a nine-point lead over fourth-placed Chelsea, automatic Champions League qualification is more or less guaranteed.

You can expect United to focus on winning the Europa League to lift a trophy this season, while also making sure they can consolidate second place in the league given that Leicester City are four points behind in third.