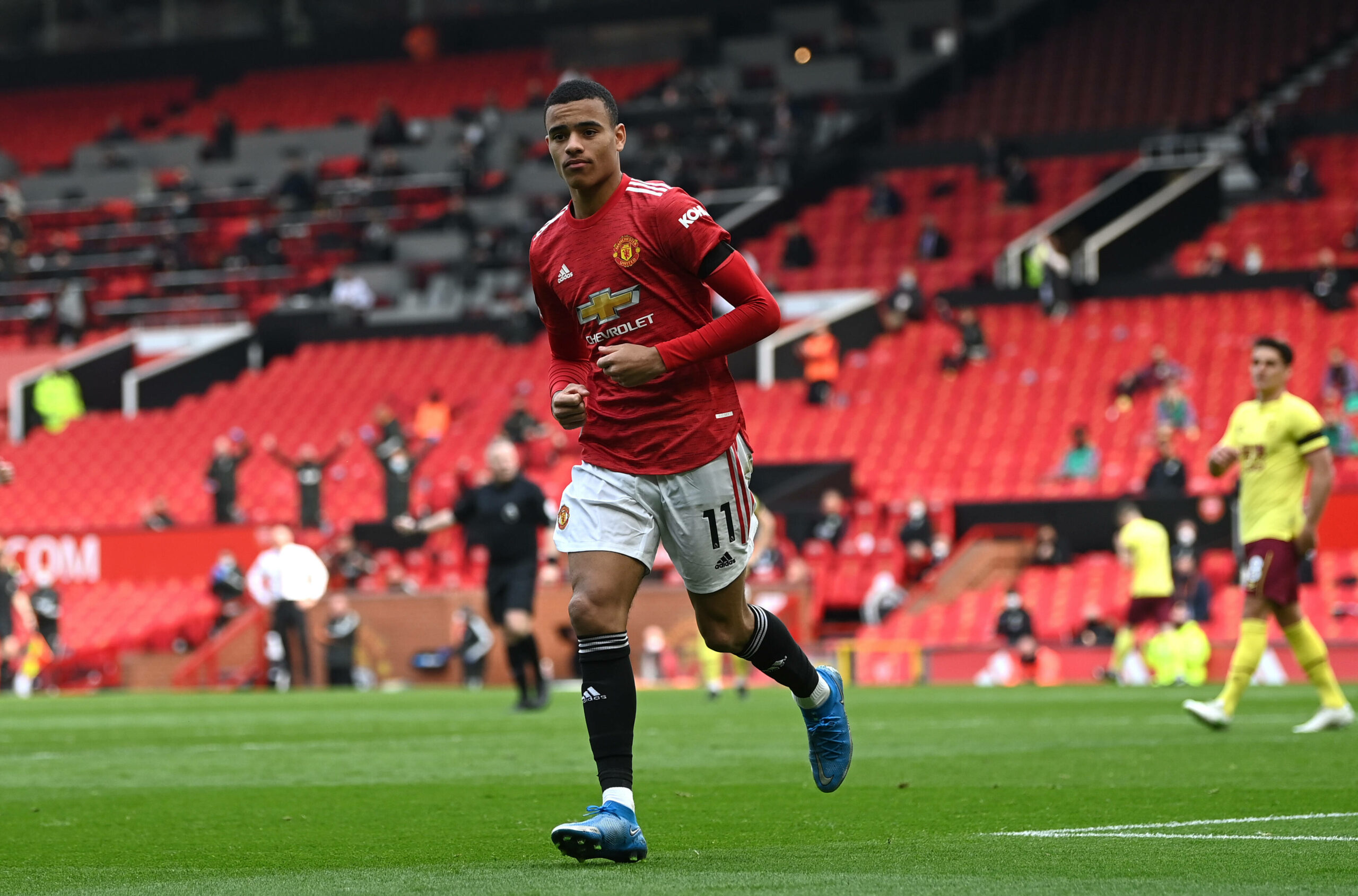 Manchester United solidified their hold on second place in the Premier League with a 3-1 victory over Burnley on Sunday.

Mason Greenwood scored a brace against the Clarets to take his tally to nine goals for the season.

The 19-year-old didn’t have a great start to the campaign. After making his debut for England in September 2020, Greenwood and Phil Foden were punished for breaching COVID-19 protocols during international duty.

He failed to replicate his stunning form after the incident and many fans feared he would succumb to second season syndrome.

However, he has been in a red-hot form lately. In his last three Premier League games, he has found the back of the net four times and also assisted once.

Ole Gunnar Solskjaer has always believed in the youngster’s quality, labelling him “the best finisher in Manchester United’s squad”.

His performance against Burnley was just further evidence of his mesmerising talent.

“I think the improvement in his overall game has been there for everyone to see. I have always known that he will score goals, that’s not an issue.

“I have liked the variety of his goals. Today, both of his (goals) were from his left foot.”

“Last week against Tottenham, he scored with his right foot. This is a big thing because he has worked that out himself.”

With today’s brace, Greenwood has equalled Wayne Rooney’s record for the most Premier League goals for Manchester United before the age of 20.

Hopefully, he can continue his good form and help his team lift the Europa League trophy.