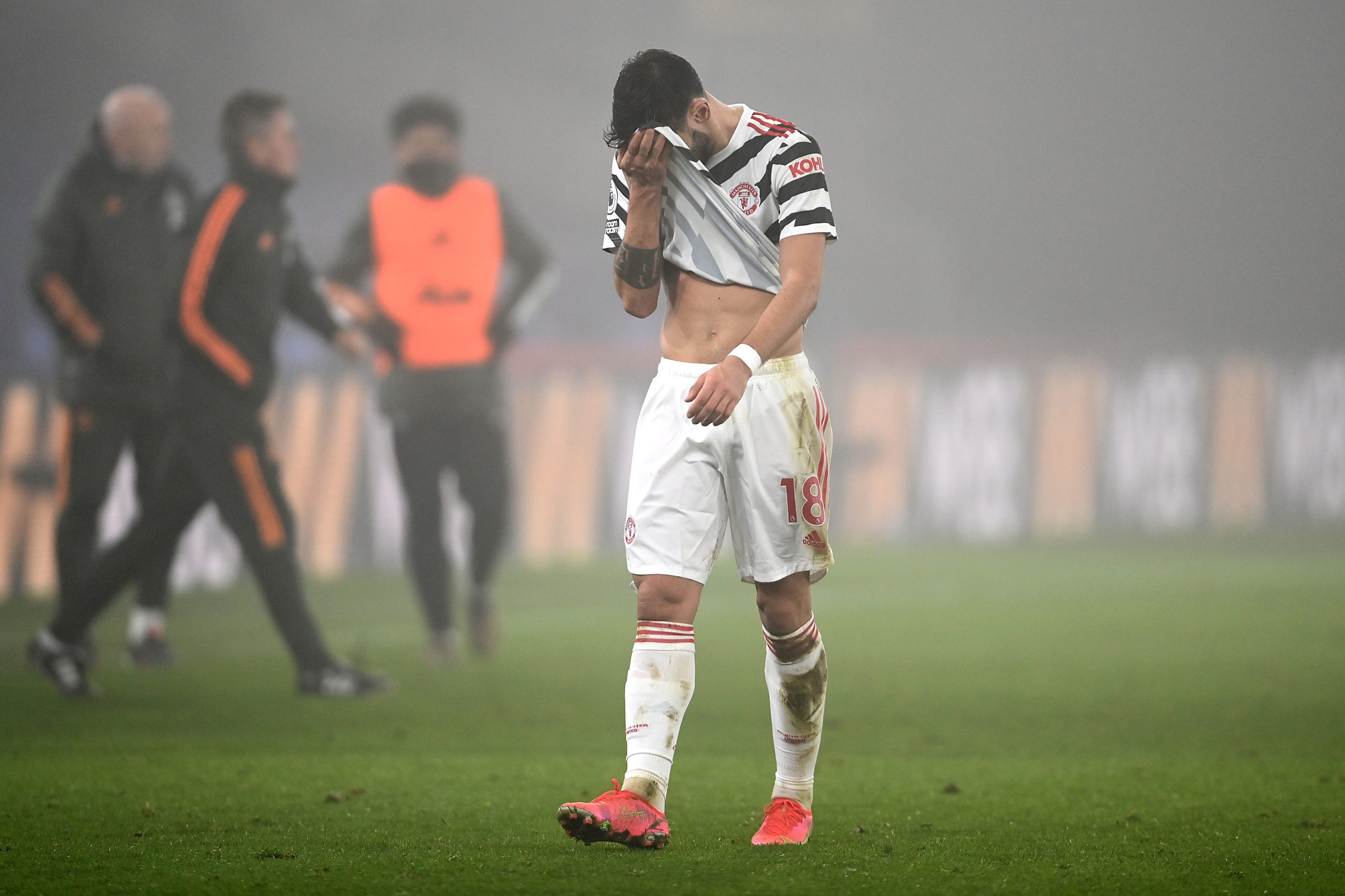 It was yet another disappointing night for Manchester United on Wednesday.

After an insipid performance against Chelsea over the weekend, United turned in a sloppier display against Crystal Palace at Selhurst Park.

Nothing seemed to work for United. Eric Bailly and Harry Maguire gave the ball away cheaply, while Fred lost possession regularly.

Bruno Fernandes found it hard to connect with the front men – and Edinson Cavani, Marcus Rashford and Mason Greenwood all failed to find the back of the net.

Ex-United defender Gary Neville criticised the team’s performance and said that United are “sleepwalking” in the top-four race.

“I thought that progress had been made in the last few weeks and that they would cement that second place by picking up three points at places like Crystal Palace and against Sheffield United and West Brom, but they are now making it really hard for themselves.

“If you were Liverpool or Chelsea watching that tonight you’d be thinking, ‘we’re in with a right chance because they look leggy’.

“There was no urgency at the end of the game. You expected United to be throwing everything at it.

“You expected maybe some of the young lads to come on and do something to try and win the game, take a chance, take a risk, but there was almost a fear that maybe Crystal Palace would go and counter-attack.”

United had one shot on target in 11 attempts against Palace and created no clear-cut chances.

Despite having 63 percent of the possession, the Red Devils always appeared to be in danger whenever the hosts had the ball.

“I always said in the past when Louis van Gaal or Jose Mourinho were the manager, you can win, you can lose, you can draw, but you can’t be boring, and that was boring tonight watching that,” added Neville.

“They are sleepwalking in games. They think that they are okay – they will get a goal because many times this season they have played badly in the first halves of matches and then gone and won the second half. But now it’s not happening for them.”

United are 14 points behind Manchester City and just one point ahead of Leicester City with the derby game to come this weekend.

The Red Devils will strive to end City’s 21-game winning streak, but even if they win, their title hopes look remote.