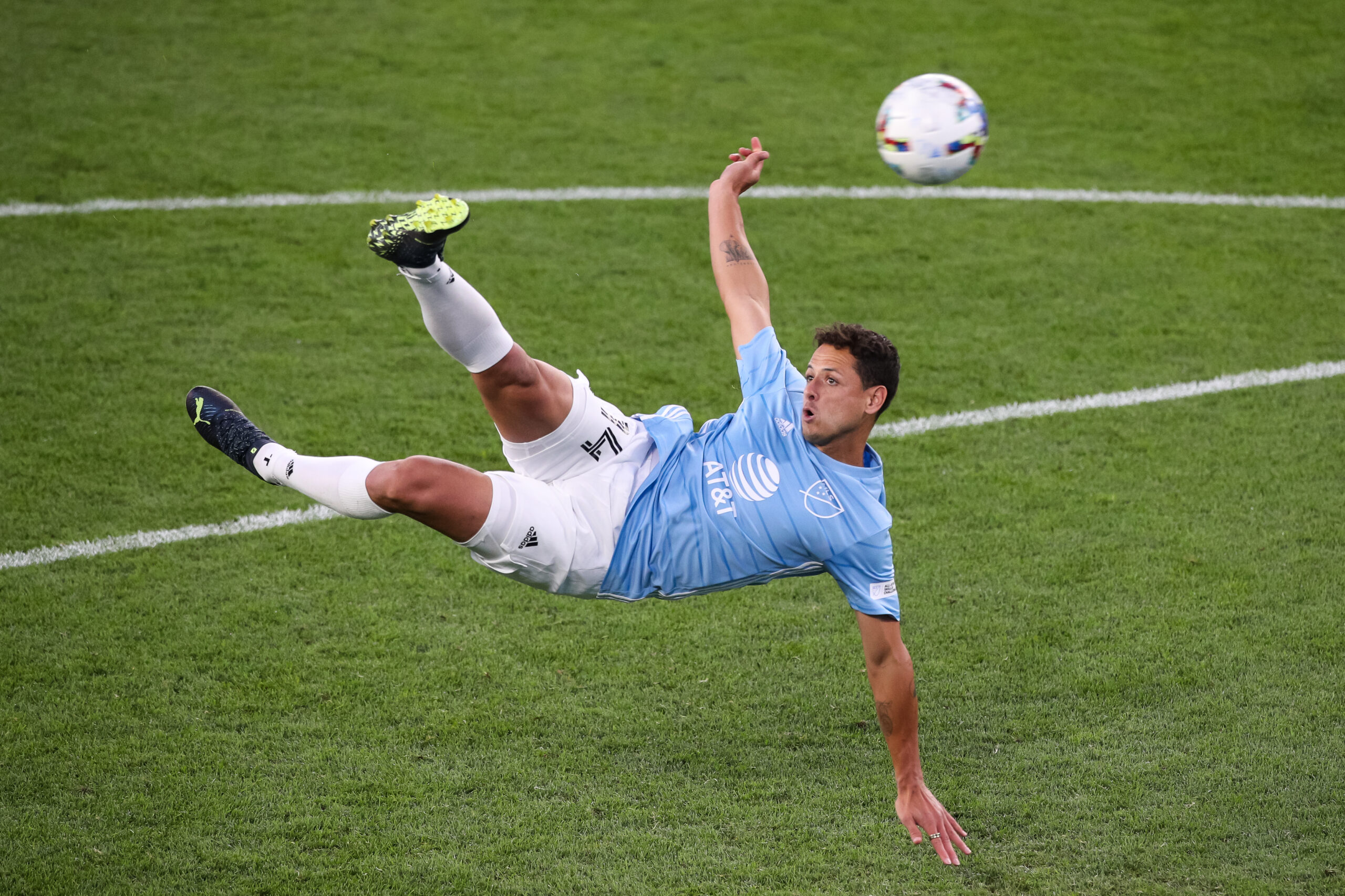 Javier Hernandez has suggested that there is a remote possibility that he could return to Manchester United this summer.

Bayer Leverkusen signed Chicharito in 2015 before he moved to West Ham United two years later. He spent two years in London before joining Sevilla and is now with LA Galaxy after moving to the MLS in January 2020 for around £7m (Daily Mail).

Hernandez was a huge hit during his time at Old Trafford and was a massively popular figure amongst the United fans. He bagged 59 goals and 20 assists in 157 games in all competitions for the Red Devils.

And it seems as though there is a small chance that he could add to those numbers.

The 109-capped Mexico international has scored 29 goals in 58 games for LA Galaxy. So it’s clear to see that he still knows where the back of the net is, in spite of his advancing years.

Hernandez spoke to The Sun and suggested that he would return to Old Trafford for nothing if Erik ten Hag wanted to sign him this summer:

“Man, I mean, there are these situations and I know the narratives because of my age and my past. If United came for me then I’d say ‘yes, I’ll play for free.’ Of course, you know, I’d do that.”

Ten Hag is desperately trying to bolster his attacking ranks at the moment. Cristiano Ronaldo faces a really uncertain future at Old Trafford whilst Marcus Rashford continues to struggle. On top of that, Anthony Martial is currently on the sidelines nursing an injury.

One thing’s for sure, the Dutchman could do a lot worse than bringing Chicarito back to Old Trafford this summer. His infectious work rate would undoubtedly add something that United currently don’t possess inside the final third.

And on a short-term deal, we think that United signing Javier Hernandez could end up being a masterstroke.