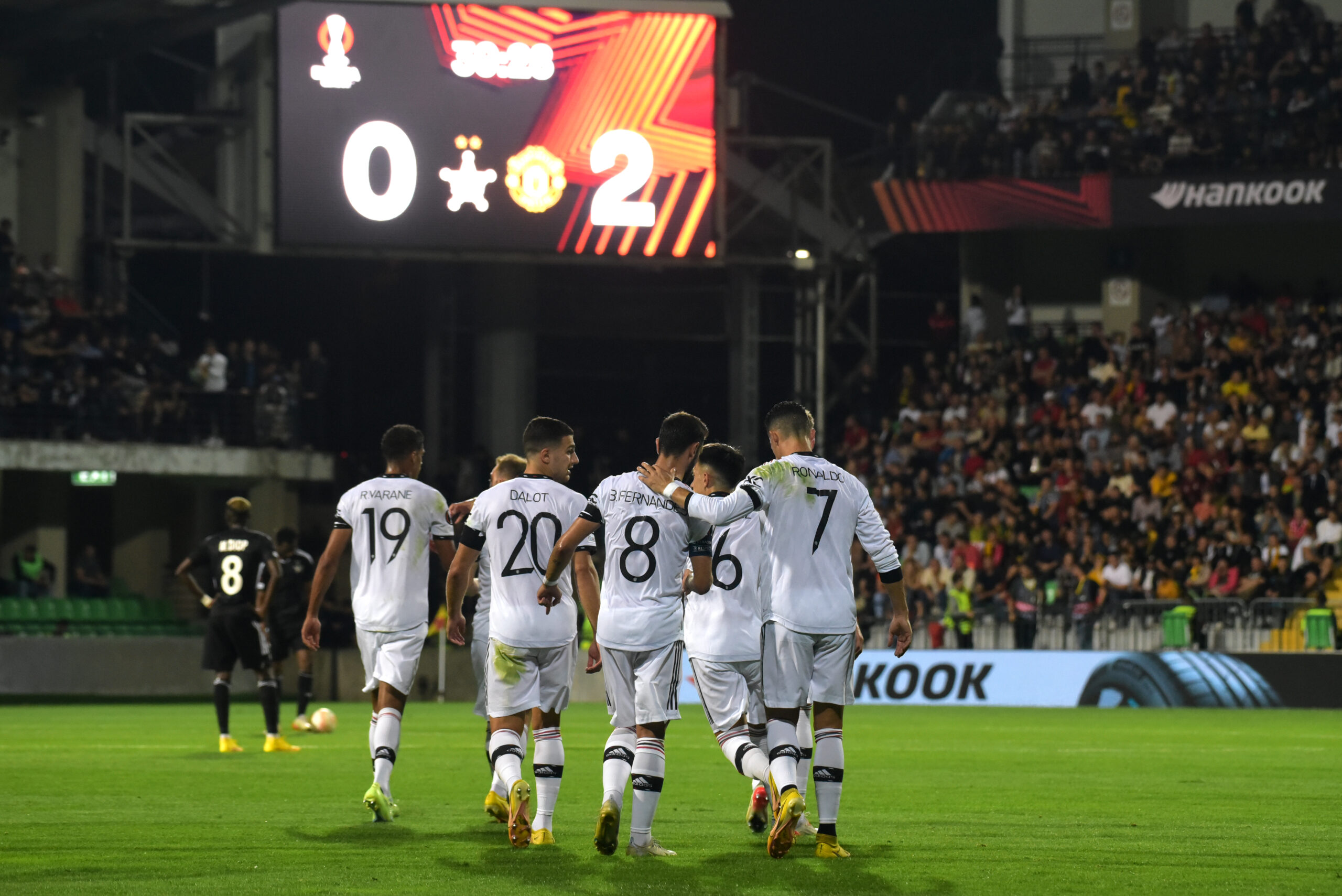 Manchester United cruised to a 2-0 win against Sheriff Tiraspol in their second Europa League game of the season last night.

Erik ten Hag fielded his strongest XI as the players were well rested due to the postponement of their Premier League games.

After losing to Real Sociedad last week, it was important for the Red Devils to bag the three points.

The manager’s selection reaped rewards as Sancho broke the deadlock early on.

Diogo Dalot was tripped in the opposition’s box, forcing the referee to hand United a penalty.

Cristiano Ronaldo stepped up and slotted the ball past the goalkeeper to double United’s lead before half-time.

The home side created some decent scoring chances but failed to maintain sustainable pressure on Ten Hag’s men.

Here are our three talking points from Red Devils’ victory.

The former Ajax boss previously mentioned that he wants his team to fight in every competition.

When he rested a few of his first-teamers against Sociedad last week, everyone thought that the Europa League might be considered as a platform to give fringe players some game-time.

However, he fielded a strong starting line-up led by Ronaldo.

Man United have decent squad depth. There is no reason why they should treat any tournament as less important to others.

The manager is living up to his words by not being complacent.

Sancho failed to make the cut for the 28-man England squad which was named by Gareth Southgate today.

The Three Lions are scheduled to play against Italy and Germany later this month in the Nations League. This is the last international break before heading to the World Cup.

Southgate chose to overlook Sancho even when the latter has been scoring goals consistently this season.

Christian Eriksen’s disguised pass to Sancho was finished with aplomb, helping United to go a goal ahead.

If he continues to perform at this level, Southgate will be forced to add him to the World Cup squad.

Cristiano Ronaldo – Off the mark!

The Portuguese superstar scored his first goal of the season by thumping a penalty kick past the goalkeeper.

The 37-year-old has taken some time to adapt to the new system.

Missing pre-season played a significant role in his patchy form.

Ten Hag demands a high work rate and intense pressing from his forward line. This is not something Ronaldo is known for.

He looked out of place today and dropped too deep to get hold of the ball.

At times, his passing was wayward, leaving him frustrated.

He should be thankful to his fellow countrymate Dalot for winning the penalty which he converted.

Hopefully, this will boost his confidence and he can get back to scoring goals for United.