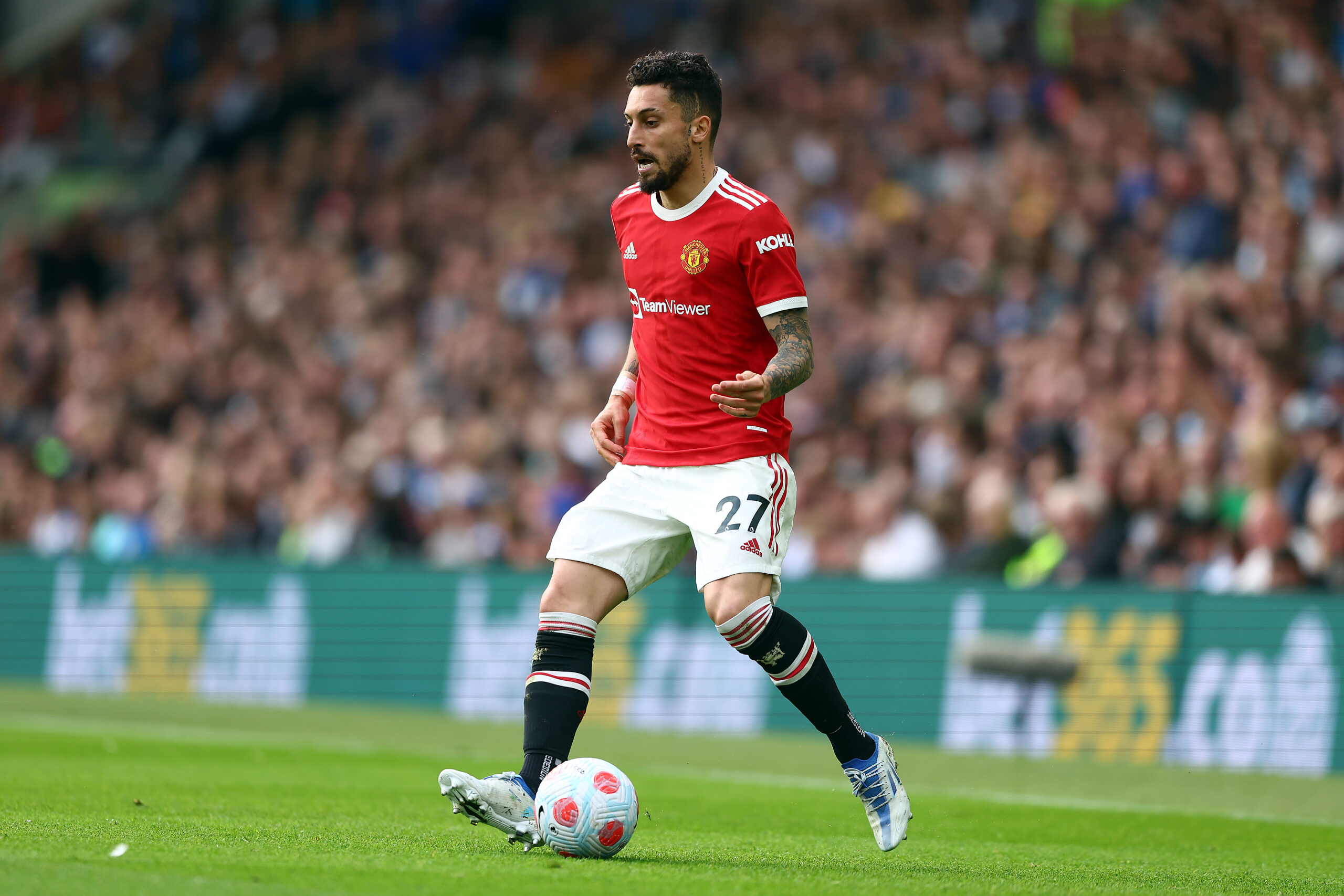 Sevilla are interested in Manchester United left-back Alex Telles and are not the only club keen on the Brazilian, according to Italian journalist Fabrizio Romano.

Telles joined United from Porto in a €15 million move two years ago and has battled with Luke Shaw for the starting berth at left-back.

However, with the arrival of Tyrell Malacia at Old Trafford as the first signing under Erik ten Hag, Telles’ future at the club has been cast into doubt.

The 29-year-old had been linked to former club Porto in recent weeks but that has now been debunked, with a move to Spain being touted instead.

It appears there are no shortage of suitors for Telles this summer as the full-back targets ample playing time so as to secure a place in the World Cup for Brazil.

Reports have now suggested that Sevilla are among the clubs interested in the out-of-favour defender as they currently have just one senior left-back under contract at the club.

More departures are expected at United

The Red Devils are undergoing a restructuring and seem to be determined about getting it right this time around.

About six first-teamers exited the club this summer upon the expiration of their contracts, including Paul Pogba, Juan Mata, Edinson Cavani, Nemanja Matic and Jesse Lingard, who is set to remain in the Premier League.

Andreas Pereira was sold to Fulham immediately after his loan stint at Flamengo, while Dean Henderson has joined the league’s new boys Nottingham Forest on a loan deal.

Telles could be the next in line to leave Old Trafford as he is not thought to be high up in the plans of the new boss.

United are also reportedly ready to listen to offers for Axel Tuanzebe, Phil Jones, Aaron Wan-Bissaka and Eric Bailly, with a move to Roma on the cards for the latter.

A few youngsters could also go out on loan moves, including Amad Diallo, Facundo Pellistri, Tahith Chong and Ethan Laird, with the latter expected to join Watford soon.