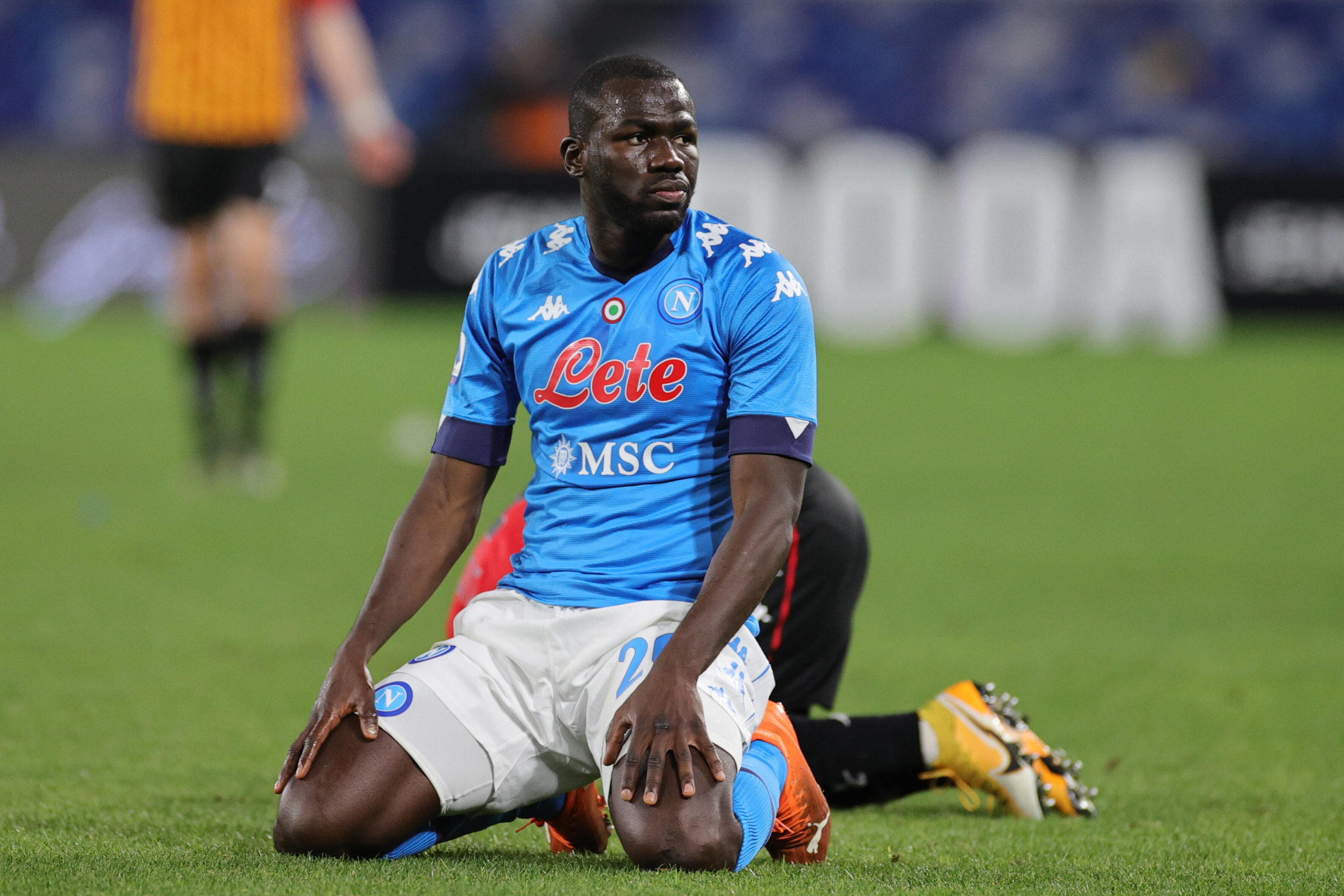 Manchester United have been placed on alert with the news that Napoli are ready to lower the asking price for Kalidou Koulibaly to £38.8 million (€45m) as per Italian publication Il Mattino.

United are long-term admirers of Koulibaly, with their interest in the centre-back first emerging during Jose Mourinho’s reign.

The Red Devils even saw their whopping £95mbid for the Senegalese defender knocked back by Napoli in the summer of 2018, according to the Partenopei chief Aurelio De Laurentiis (via Il Mattino).

United have maintained their interest in Koulibaly since Ole Gunnar Solskjaer took over as manager.

The Norwegian is determined to bolster his defensive options in the summer and will be looking to splurge the cash on a top-notch centre-back.

Koulibaly’s name has resurfaced, particularly in light of Napoli’s change of heart regarding the 29-year-old’s indispensability.

As per Il Matino, the Serie A giants have to cut a ballooning wage bill and could offload their star defender for less than half the price of the original Red Devils’ offer.

Dealing with the financial fallout of the coronavirus crisis, Napoli may help United plug their defensive holes.

United are set to revamp their centre-back options in the summer transfer window and will have the funds necessary to see their plans out.

Koulibaly has a proven pedigree, having accumulated over 400 competitive appearances for Napoli since completing his switch from Genk in 2014.

Widely regarded as one of the most consistent defenders in Europe, he has been an always-present figure at the Stadio Diego Armando Maradona.

The Senegalese’s showings in Serie A have attracted interest from several of Europe’s best clubs, including United, Bayern Munich and Liverpool.

A potential reason behind De Laurentiis’ decision to put Koulibaly on the market could be the player’s patchy form in 2020/21.

The 29-year-old’s’ underwhelming season, interrupted by injuries and coronavirus, culminated with a horrendous red card against Benevento last weekend.

However, if the Metz youth academy graduate can rediscover his best form, he would be a massive signing for the Red Devils.

The Senegal captain would be a quality purchase, and if the rumoured price tag of £38.8m is on the cards, it would be a bargain for the Premier League side.

Signing a reliable long-term partner to Harry Maguire is a priority for Solskjaer heading into the transfer window, and Koulibaly perfectly fits the profile.