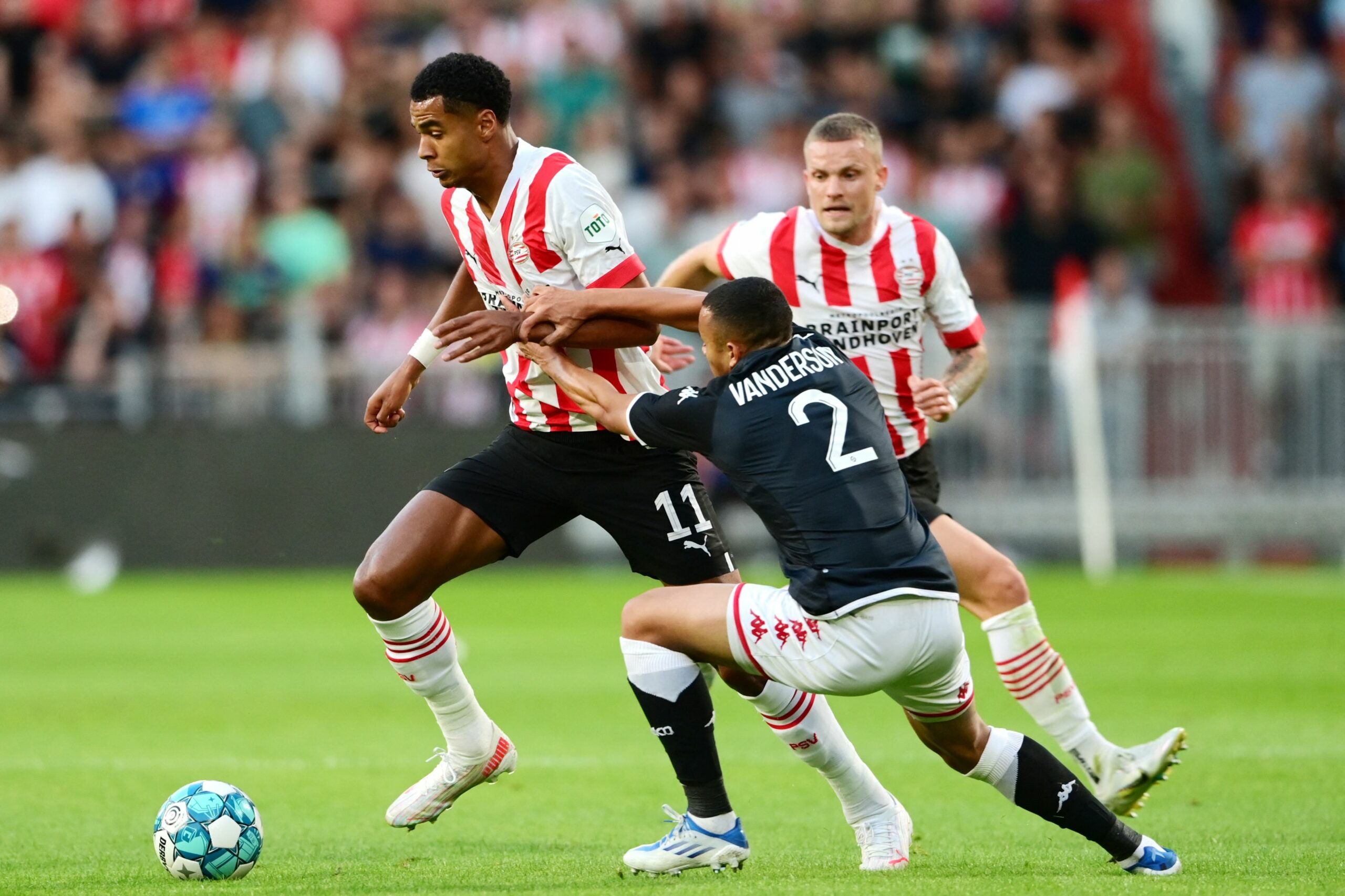 That’s according to a report from Foot Mercato who claim that United are determined to get a deal done for the 23-year-old, and are confident of securing his signature for around €40-50 million (£34-42.2m).

Fabrizio Romano claimed last week that Gakpo would be a fairly easy signing to get over the line for United.

It will certainly be a less complicated, and far cheaper, deal to get done than signing Antony from Ajax. And it seems as though Erik ten Hag could now be ready to accelerate his interest in the PSV star.

French publication Foot Mercato reckon that United are ready to bid up to £42.2m to secure the signing of the PSV forward.

And what’s more, Gakpo is very keen to move to Old Trafford this summer according to FM.

We actually think that anything up to £42.2m for the Holland international would represent decent business for United.

Gakpo has been described as a ‘sensational’ player by the well-renowned Twitter account Dutch Football. He has also been labelled as ‘superb’ by football journalist Josh Bunting.

He bagged a brilliant 21 goals and 14 assists in 47 games in all competitions for PSV last season. In the main, Gakpo is a right-footed left winger.

However, the seven-capped Holland international can play anywhere along the front line, and has pace and technical ability in abundance. He plays with a real sense of directness that United have desperately lacked recently.

The PSV star stands at 6ft 2in tall, so he should be more than capable of coping with the physicality of Premier League football.

We think that Gakpo would be a very smart signing indeed for United this summer. Ten Hag just needs to get this one done as a matter of urgency, in order to seamlessly integrate him into the team as soon as possible.