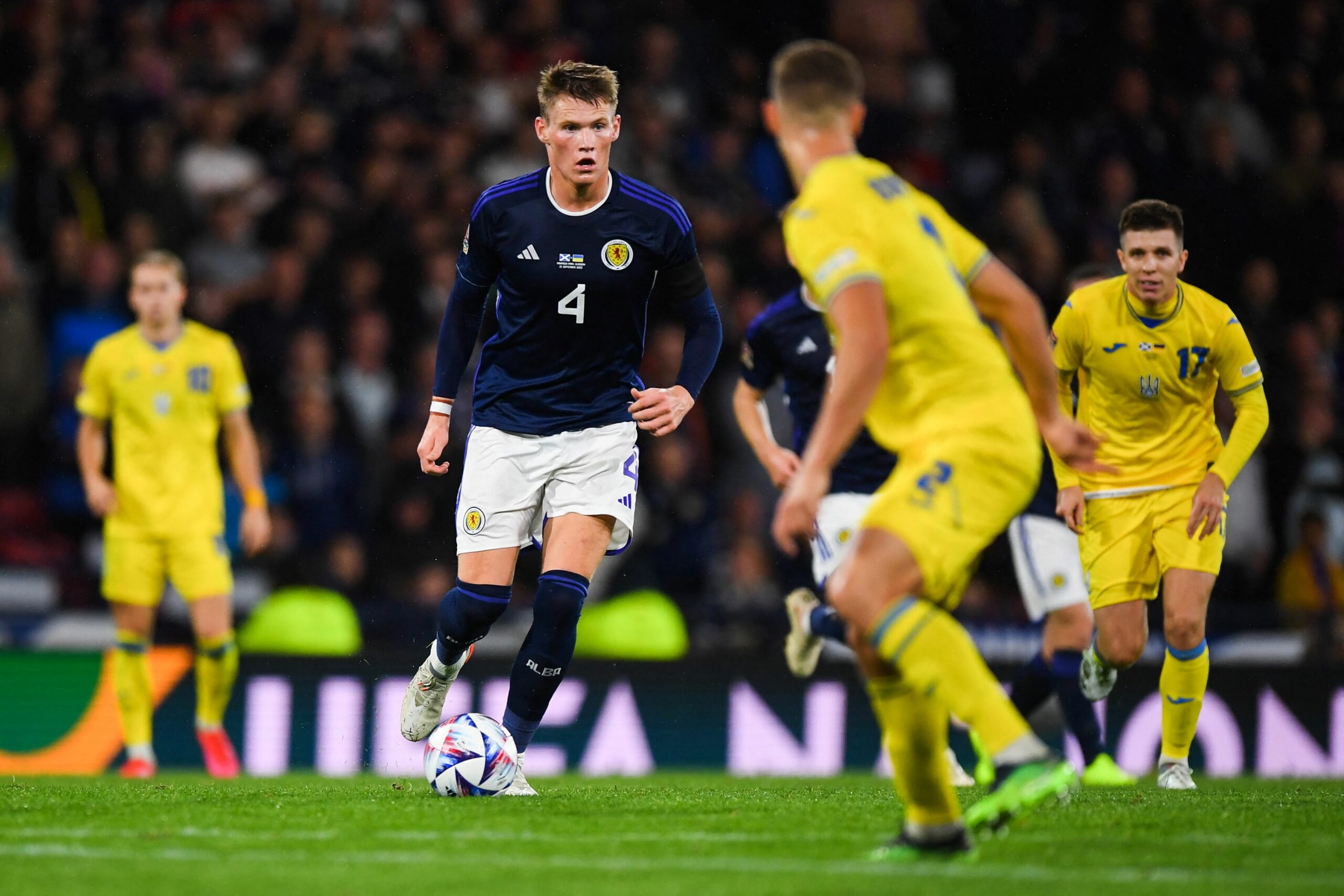 Manchester United midfielder Scott McTominay was impressive for Scotland as they claimed a 3-0 home victory over Ukraine in the Nations League last night.

The hosts dominated the first half, which saw them create several clear-cut opportunities, but they failed to capitalise.

Scotland finally managed to break the deadlock, with John McGinn finding the back of the net in the 70th minute.

It didn’t take long for the next two goals to arrive as substitute Lyndon Dykes struck twice in a 13-minute cameo.

With this victory, Steve Clarke’s side moved to the top of Group B1, two points ahead of Ukraine.

The 25-year-old was excellent for the national side, as he made two key passes and had 74 touches.

He also completed 87.5 percent of his passes and made six tackles and two interceptions in the game (as per WhoScored).

The midfielder created a brilliant opportunity with a backheel pass for Stuart Armstrong, but the 30-year-old missed.

McTominay has also been an important member of the United team this season under manager Erik ten Hag.

He has started all six matches in the Premier League and has been substituted just once.

Giorgio Chiellini feels ‘sad’ for Harry Maguire’s position at Manchester United
Maguire: ‘Source’ comments highlight why he must be sold