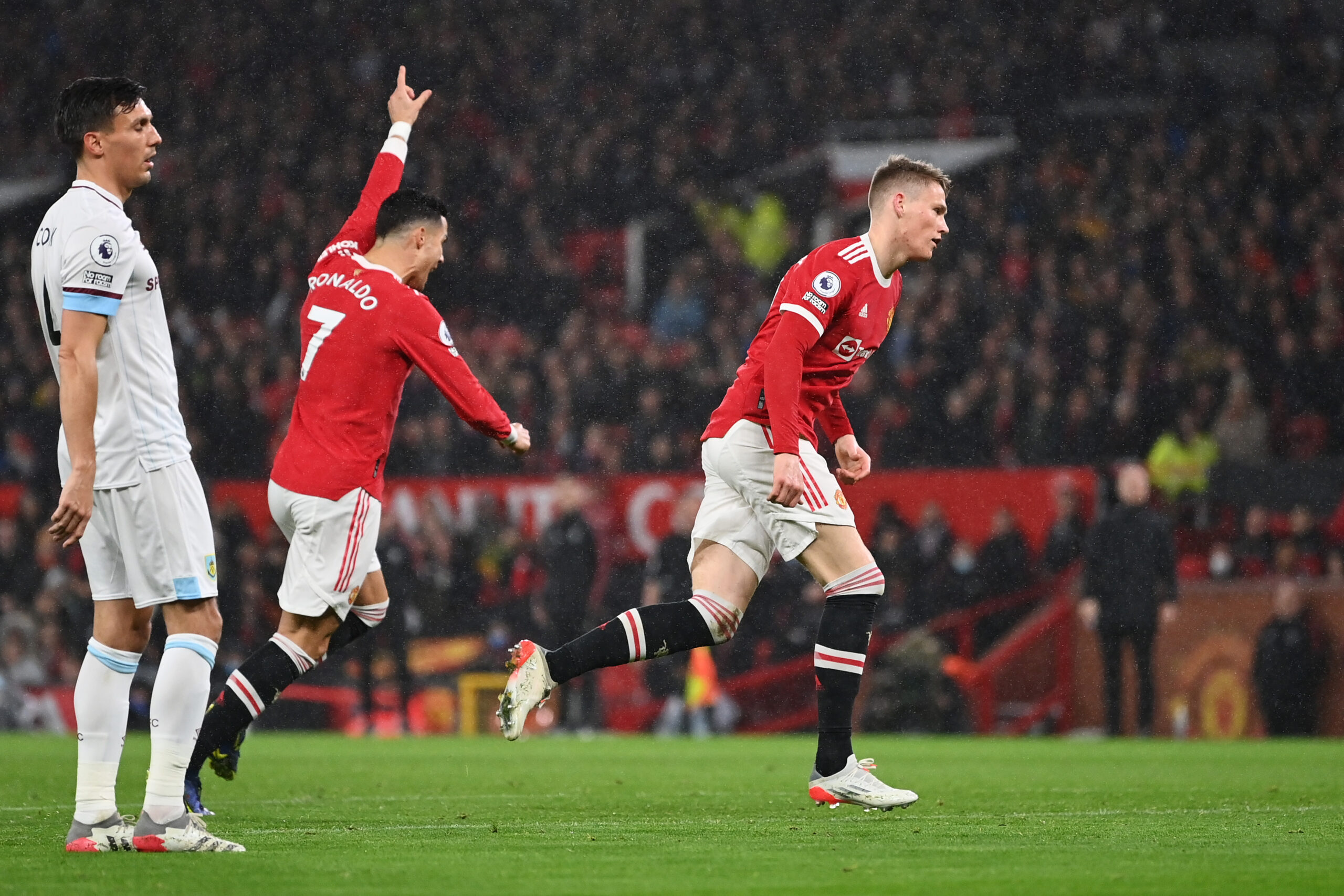 Manchester United thumped relegation-battling Burnley 3-1 at Old Trafford on Thursday night to get back to winning ways in the Premier League.

The Red Devils have solidified their position in a keenly-contested top-four race following Monday’s underwhelming 1-1 draw at Newcastle United.

They are now four points adrift of fourth-placed Arsenal in the Premier League table, with a game in hand over Mikel Arteta’s side.

New boss Ralf Rangnick made a few changes to the starting line-up that faltered at St James’ Park a few days ago.

Although Rangnick refused to give up on his famous 4-2-2-2 formation, alteration in personnel paid dividends as Man United brushed aside Burnley to close out a turbulent 2021 on a high.

After a scrappy start in the opening five minutes, the home side found their feet.

The Scotland international’s opener gave United a sigh of relief, setting the tone for one of the most eventful Premier League nights at the Threatre of Dreams lately.

The Red Devils came close to doubling their lead through Luke Shaw in the 20th minute, but the left-back fired his shot a whisker wide of the near post following a brilliant solo run.

Luckily for the home crowd, United did not have to wait long for their second of the evening.

Jadon Sancho danced his way past several Burnley defenders before his attempt bounced off Ben Mee’s foot into the net on the stroke of the half-hour mark.

After a frustrating night at St James Park on Monday, Ronaldo returned to the scoresheet with the easiest of tap-ins.

McTominay unleashed another rocket from range, but Hennessey turned his outrageous effort to the left post and out.

As always, Ronaldo was in the right place at the right time to slot the ball into an empty net and fire Man United to a clear-cut 3-0 lead in the 35th minute.

When it looked like the three-time European champions would cruise to their first landslide victory under Rangnick, Aaron Lennon surged through United’s backline and smashed the ball past David de Gea from inside the box.

The veteran’s great solo goal in the 38th minute gave Burnley a glimmer of hope that they could avoid defeat at Old Trafford, but the Clarets failed to produce anything meaningful in the second half.

Man United kept Sean Dyche’s side at bay after the restart, but it is fair to say that they were also pretty much harmless in the second 45 minutes.

Barring sporadic attempts to catch Burnley on the break, Rangnick’s side spent much of the second half running down the clock without creating many chances in the opposition’s third.

Man of the Match

McTominay worked his socks off to earn the Man of The Match award, and he deserved nothing less for his extraordinary showing at the heart of Man United’s midfield.

With Nemanja Matic shielding the defence, the Scottish star was free to surge forward and showcase his attacking qualities, continuously offering himself in the final third.

In addition to his scoring exploits, the midfielder’s aerial battles with Chris Wood and his tenacious tackling caught the eye as he put in one of his best displays of the season.

The 25-year-old’s match-winning performance could cement his place in Rangnick’s line-up moving forward and finally shift lacklustre Fred to the substitutes’ bench.