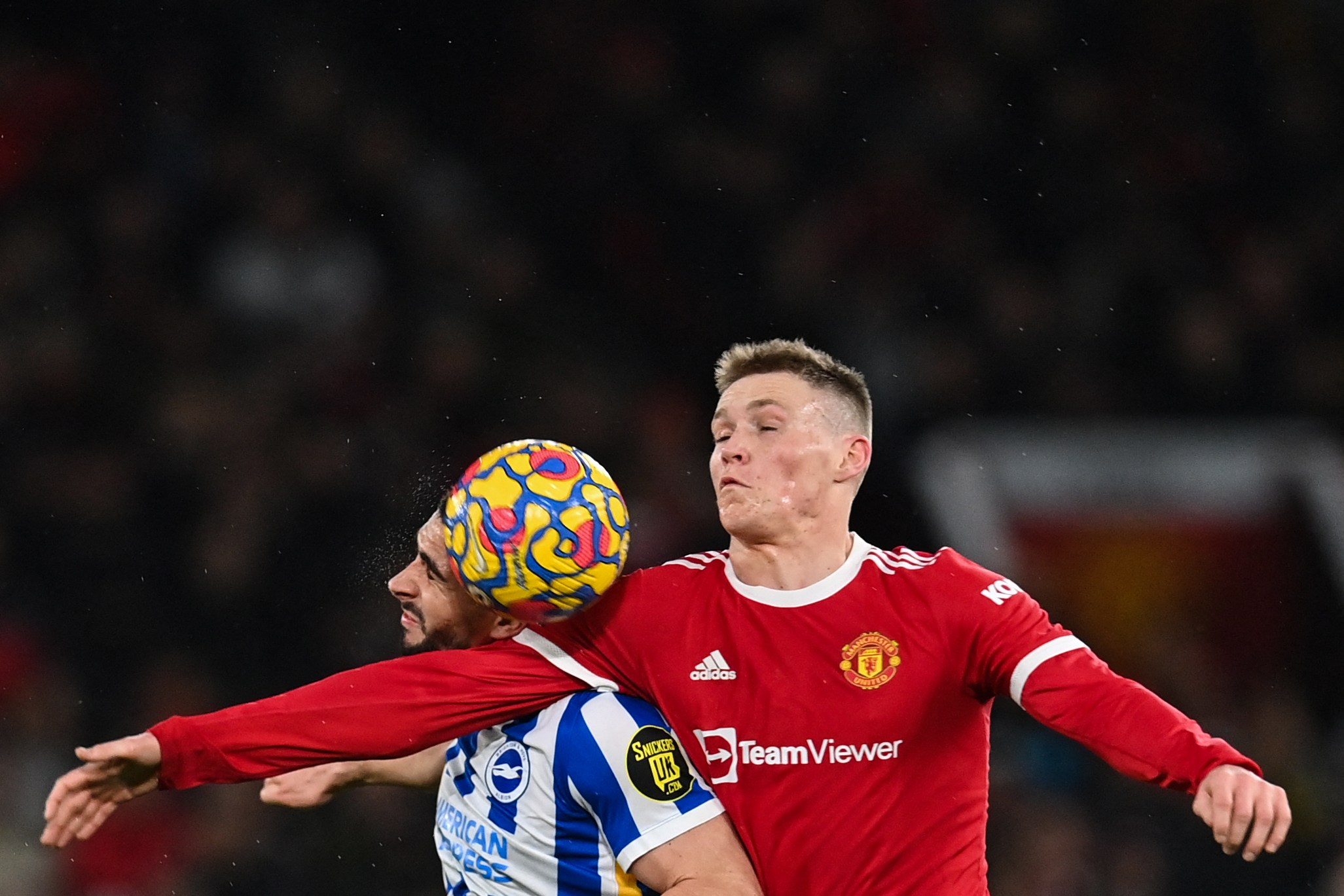 The Red Devils had gone into the game with a seven-match winning run against Brighton, but it was anticipated that the Seagulls would turn up, having recently beaten Arsenal and Tottenham Hotspur.

However, none would have predicted a 4-0 win for them. United were fortuitous with the margin of defeat as Brighton could have quite easily scored a couple of more goals at least with better finishing.

It was a dismal display from the defence to the attack. McTominay was among the worst performers on the pitch, having failed to win any of his seven ground duels contested at the Amex Stadium.

The Scot struggled to control the proceedings, and committed as many as five fouls. He also failed to register a tackle or an interception. It was a surprise when Nemanja Matic was taken off instead of him.

Matic was one of the better performing players in the opening half, winning three ground duels and three tackles. It seemed a bizarre decision from Ralf Rangnick to replace him at the interval with Fred.

The Brazil international turned up in the second half, but McTominay seemed a bystander alongside as the likes of Yves Bissouma and Moises Caicedo were able to outwit him with relative ease.

McTominay has been lauded by Rangnick in the past for his ball-winning ability, but nothing of that sort was on display at the Amex Stadium as the Red Devils were completely dominated.

This raises the need for a marquee defensive midfielder this summer. McTominay has had his good moments in the club’s shirt, but his lack of consistency has been a regular theme.

The £31.5 million-rated star can be a good squad player, but United must recruit a top-class holding midfielder, who can provide better defensive assurance and solidity in the centre of the park.