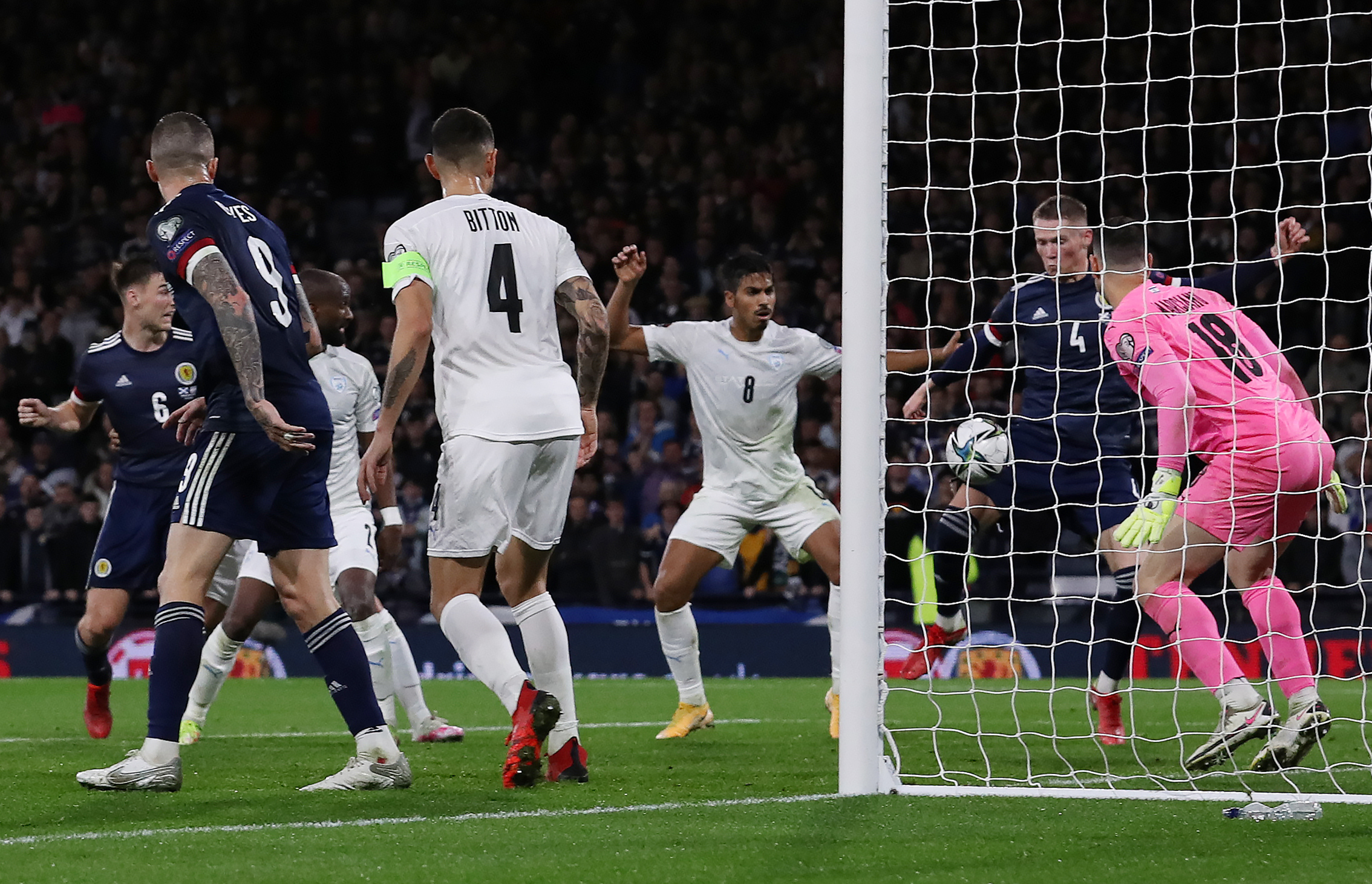 Manchester United midfielder Scott McTominay had an impressive outing for Scotland as they secured a dramatic 3-2 comeback win over Israel in a World Cup qualifier last night.

The 24-year-old has been a central midfielder for the Red Devils, but he has regularly lined up on the right side of a three-man backline for his national team.

Israel opened the scoring in just the fifth minute at Hampden Park yesterday through Eran Zahavi, but John McGinn managed to level the proceedings before the 30th minute.

Moments later, the visitors took the lead once more and preserved their advantage at the interval after Lyndon Dykes squandered a penalty just before the break.

The Queens Park Rangers striker made amends with a 55th-minute equaliser.

Scotland had to wait until the fourth minute of stoppage time to secure a sublime comeback triumph.

McTominay bagged the dramatic winner from a McGinn corner. The goal came off his chest, but he was in the right place at the back post to secure all three points for the Scots.

The €35 million-rated star had a solid performance over 90 minutes with three interceptions and four aerial duels won alongside his goal that was watched by Sir Alex Ferguson on the stands.

With three games left, they are in a solid position to make the play-offs.