Savic and Sesko in, Ronaldo out – a £100m solution that could deliver Champions League football 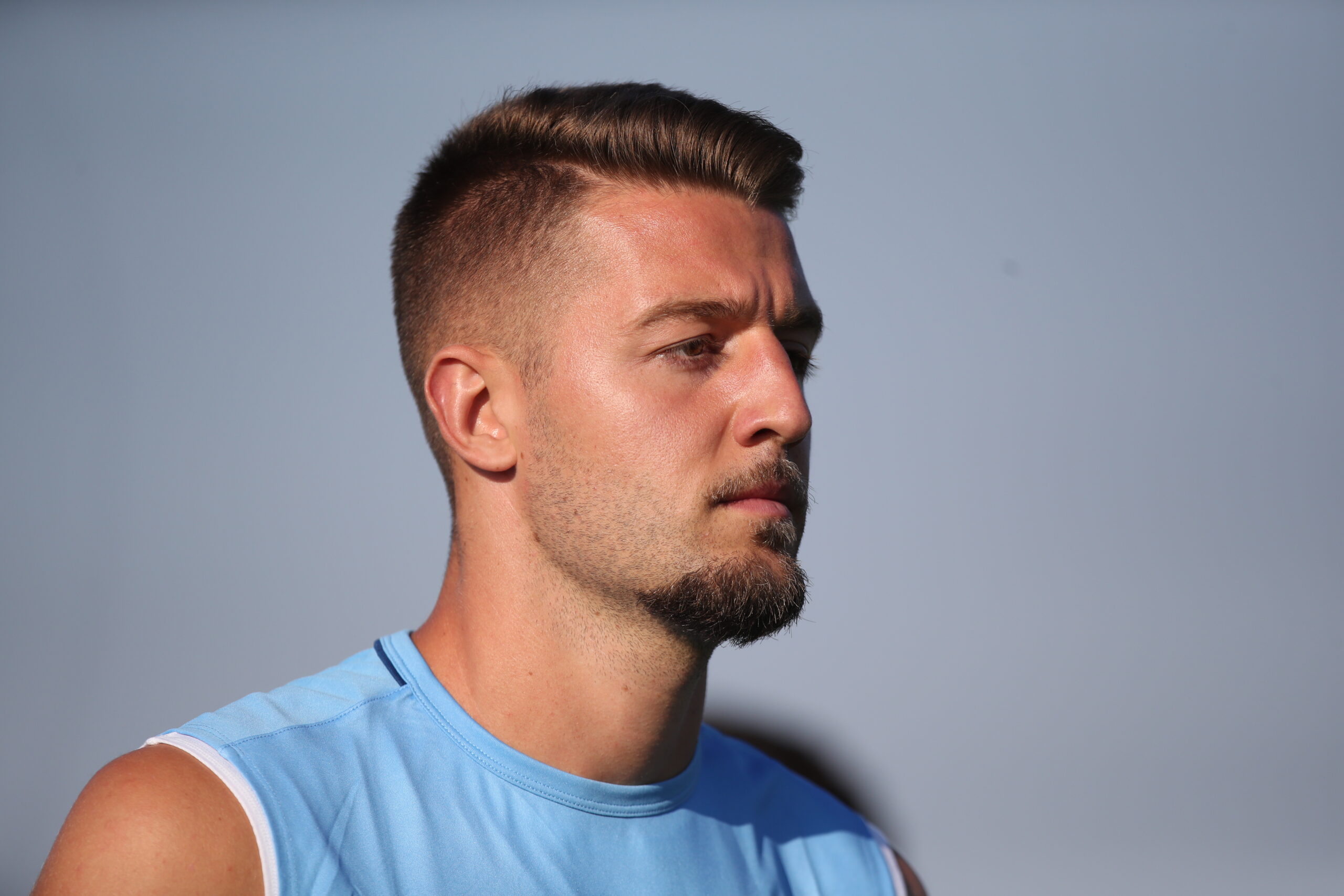 Manchester United are less than two weeks away from the new Premier League season, but it is clear that they are yet to complete their summer transfer business.

Tyrell Malacia, Christian Eriksen and Lisandro Martinez have been signed under the advice of manager Erik ten Hag, and the trio are expected to play key roles next season.

There is bound to be more transfer activity before the September 1 deadline, and one of the priorities is a deep-lying midfielder as confirmed by Ten Hag himself.

A new striker could also be on the radar with the prospect of Cristiano Ronaldo leaving.

A £100 million solution that could deliver Champions League football

United have spent much of the summer looking to pursue a new number six. Barcelona’s Frenkie de Jong has been the prime target, but a deal is far from happening.

The Dutch star has reportedly informed Ten Hag that he has no plans of joining United this summer. Hence, United are better off looking elsewhere, and Milinkovic-Savic could be the solution.

The Serbia international is not a genuine holding midfielder, but has made several appearances from the deep-lying role at Lazio. He is better equipped for the role, compared to De Jong.

The 27-year-old has strong tackling skills, and has also won regular ground and aerial duels. He is also very creative when offered the license to make runs into the final third.

Milinkovic-Savic made a stunning 23 goal contributions last term, and could provide the right balance between attack and defence. He can be seen as a Paul Pogba replacement.

United may need to make an outlay of €70 million (£59m) for him. Lazio are firm on the asking price. Club president Claudio Lolito is unlikely to provide any discounts for his services.

Aside from a new midfielder, we highly fancy United to enter the market for a new centre-forward, but that could still depend on Ronaldo heading for the exit door in the coming weeks.

RB Salzburg’s Benjamin Sesko has emerged as the top target lately, but the 19-year-old won’t come for cheap with the Austrian outfit reluctant to sell him for less than £55m, as things stand.

Sesko had a solid breakthrough season with Salzburg last term with 10 goals and seven assists across all competitions. This campaign, he has also bagged two goals and an assist from two outings.

On top of this, he recently starred against Liverpool. Sesko showed his excellent dribbling ability in tight spaces and also found the back of the net in the 1-0 friendly win over Jurgen Klopp’s side.

He certainly looks prepared to pursue a bigger challenge. United previously spent around £54m including add-ons on a young Anthony Martial, and we could see another repeat with Sesko this summer.

The duo are valued at a combined £114m, but United could potentially lower the initial fee to around £100m by including add-ons. Their wages could be easily compensated with Ronaldo’s exit.

The entire United squad took a 25 per cent pay-cut on the back of failing to qualify for the Champions League, but Ronaldo remains the highest earner at the club with wages amounting to £18.7m per year.

Ronaldo’s current deal expires in June 2023 with the option for another 12 months. The Red Devils stand to save his wages for two seasons, and could also command a small transfer fee for his departure.

In our opinion, this would be a perfect piece of business for United as Milenkovic-Savic and Sesko would add more quality to the squad that has started to peak in the early days under Ten Hag.

The likes of Anthony Martial, Marcus Rashford and Jadon Sancho have looked back at their best under Ten Hag. Sesko has the chance to prosper up front while competing with Martial for places.

Milenkovic-Savic would be an undisputed starter for United. He would provide the cutting edge from midfield as he is strong offensively and defensively as seen over the years with Lazio and Serbia.

United have already made three purchases during the ongoing transfer window. Two more solid acquisitions could provide United with a genuine chance of making the top four next season.