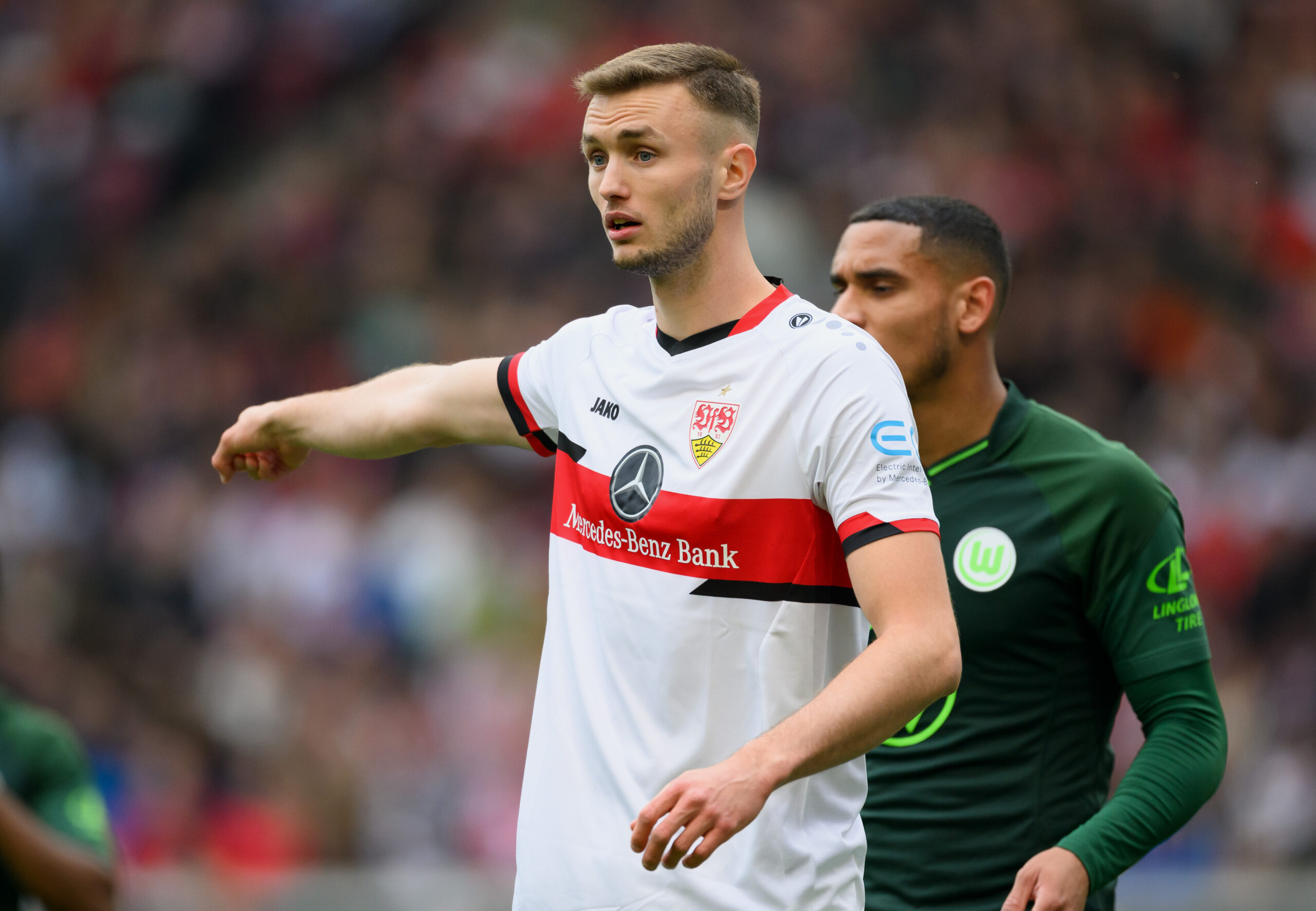 Stuttgart striker Sasa Kalajdzic is keen on joining Manchester United this summer after learning about their transfer interest, according to Sky Sports.

The Red Devils are eyeing three more signings before the transfer window closes on September 1, and one of their prime priorities is a new forward.

Kalajdzic is one of those under consideration, and United have received a big boost with the 25-year-old now eager to make the move to Old Trafford.

Sky Sports have not revealed any price tag, but Florian Plettenberg recently claimed that he could be prised away for a fee of around £21 million.

Kalajdzic would provide a different dimension to United’s attack

United currently have Cristiano Ronaldo, Anthony Martial and Marcus Rashford as the centre-forward options, but the former could still leave the club.

Ronaldo is known to be eyeing Champions League football for a 20th-straight campaign, and he could yet move before the summer transfer deadline.

The club probably want a contingency plan in place if that happens. Kalajdzic would be a solid addition to the ranks with his strong aerial presence and finishing ability.

The Austrian bagged 16 goals and six assists during his debut Bundesliga campaign in 2020/21, but could not sustain the form last year after a dislocated shoulder.

He still ended up with six goals and two assists from 15 league outings. Kalajdzic could bring a different dimension to United’s attack with his aerial prowess.

He has scored 50 per cent of his goals in his career with headers. With a height of 200cm similar to Peter Crouch, he can be a game-changer off the bench.

Kalajdzic is, however, not a one-trick pony. He has the ability to provide key passes in the final third while he has good pace and dribbling ability as well.

At the reported price, he can be considered as a potential bargain signing, provided he can stay unscathed for the season and avoid any lengthy injuries.

He has suffered three big setbacks over the past four years, but was definitely unfortunate with his shoulder injury at the beginning of the previous season.

It remains to be seen whether United pursue his services or look for a more experienced campaigner such as Mauro Icardi, who could be available on a year-long loan.