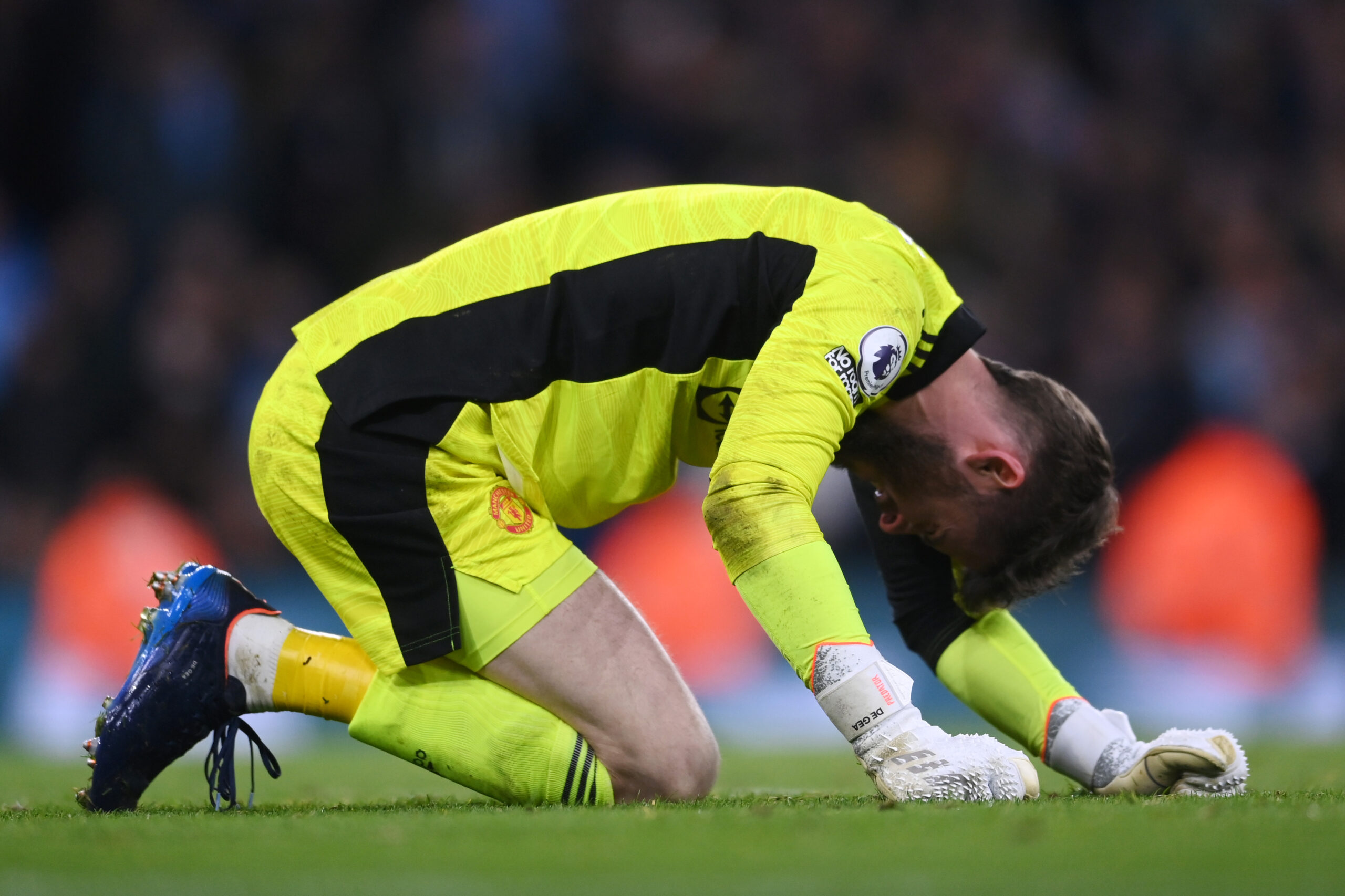 Manchester United suffered another blow in the top-four race as they were convincingly beaten by Manchester City in the Premier League on Sunday.

The Red Devils dropped to fifth in the standings ahead of the encounter after Arsenal’s 3-2 triumph over Watford away from home.

As a result, the Manchester derby became more important, but the Red Devils were simply not good enough to beat the Cityzens.

A defensive lapse contributed to Kevin De Bruyne’s opening goal in just the fifth minute. The Cityzens looked good value to double their lead before Jadon Sancho stunned the home faithful in the 22nd minute.

The former City graduate has been one of the bright spots for United since the winter break. He continued his fine form with a terrific curling effort from the edge of the box to beat Ederson at his far post.

However, United could not capitalise thereafter. David de Gea made a terrific save to deny Phil Foden in the 28th minute. De Bruyne was on guard to capitalise after another rebound from a Bernardo Silva shot.

Sancho had the chance to potentially pull United level before the break, but that surprisingly was United’s last shot. It was a dismal second-half showing as City dominated with 79 percent possession.

United failed to muster a single attempt. Riyad Mahrez’s brace sealed a comfortable 4-1 win for Pep Guardiola’s side, but there were some positives for the Red Devils to take away from the derby.

Sancho’s form has been promising since the beginning of February. After a difficult start to his debut campaign, he has mustered five goal contributions from the last seven appearances.

He definitely deserves praise for his equaliser at the Etihad Stadium which offered United hope of turning the result around. Meanwhile, De Gea was once again impressive between the sticks.

The Spain international could not prevent the goals conceded, but he was kept active, particularly in the second half with the Cityzens completely dominating the proceedings.

With a vulnerable defence in front of him, De Gea has been unquestionably United’s Player of the Season.

He made five key saves to prevent the Red Devils from suffering a more damaging defeat.