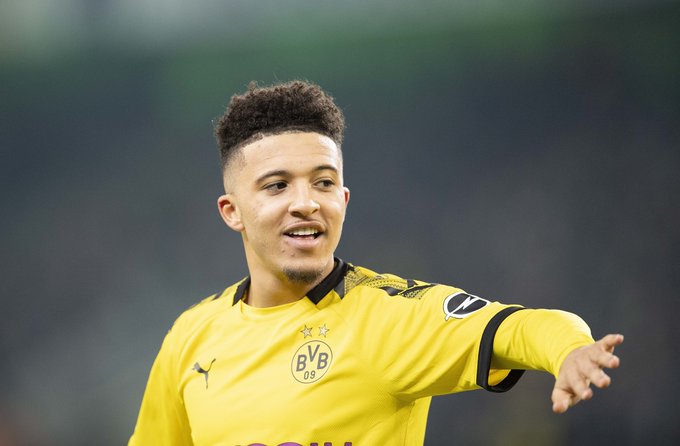 Borussia Dortmund star Jadon Sancho has been ‘affected’ by the speculation linking him with a move to Manchester United, according to the German club’s coach, Edin Terzic.

The 20-year-old was named in the starting XI on Sunday for the first time since the Bundesliga restarted a fortnight ago. He paid Lucien Favre back by netting his first career league hat-trick in the 6-1 drubbing away to SC Paderborn.

Sancho is having a phenomenal season with Borussia Dortmund, taking his tally up to 17 goals and 16 assists in his 27 Bundesliga games (22 starts) this season. The forward also recorded a pair of goals and assists in eight Champions League matches (7 starts).

Speaking prior to Sunday’s game, Dortmund assistant coach Edin Terzic was quoted by Turkish outlet TRT Spor as saying that the 20-year-old has been affected by the Manchester United transfer rumours. Terzic said:

“He’s a young player and is one of our most important players.

“I have to say that, the transfer speculations are affecting him.

“We have to support him in a positive way. I want all of our players to be happy.”

Manchester United seemingly remain the frontfrunners for Jadon Sancho’s signature this summer, though Liverpool, Chelsea and Arsenal have also been mentioned.

The player may fit perfectly into manager Ole Gunnar Solskjaer’s plans – a young player who can fill the vacant right wing role and excellent on the counter-attack.

There was no sign of Sancho feeling the pressure over the weekend as he netted his three goals in the second half against the league’s bottom club. Though Terzic’s quotes did come off the back of the 1-0 loss at Bayern Munich that essentially eliminated his side from the title race.

Jadon Sancho was returning to full match fitness when he was introduced as a half-time substitute versus the defending champions and runaway leaders, offering very little in the final third on Tuesday afternoon.