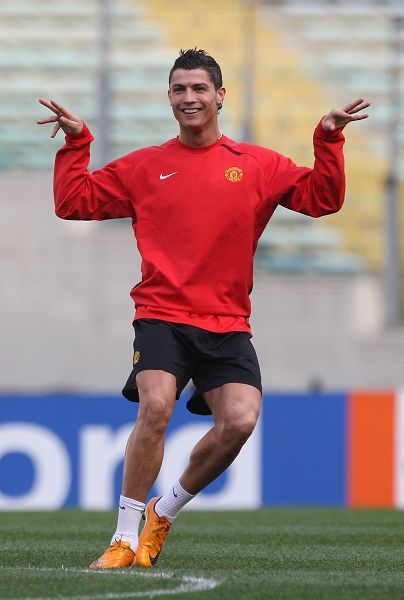 Four things spring to mind when we talk about a clash with Roma: Foremost in every United fan (and every Roma fan as well, albeit with a hint of dread) would be the 7-1 win at Old Trafford; the second would be the shit United fans had to put up with every time they went to Rome; the third, although to a lesser extent, would be Francesco Totti; and the fourth, especially when we got to hear the draw would have been, ‘Oh no, not again!’

So there we go, in yet another edition of a Roma-United clash; the word ‘clash’, we’d hope is not literal, and something our fans don’t face today.

But before diving into the excitement, let’s get a little United related news out of the way first. It’ll be quick, I assure you.

Rio Ferdinand wants to finish his career at United. I love to hear that! Now, Mr. Gill, please sign him up as soon as possible and get this over with. I’d like to talk a little more about this, but I promised to get the news out of the way soon, and Ahmed has written pretty much everything I wanted to say on this here.

There was an article in the Guardian on Anderson that escaped my attention. It was an interesting read, so here it is. He does come across as a confident bloke — a touch arrogant, but honest.

Meanwhile Daniel Taylor jumps on to the bandwagon of Ronaldo having to prove himself in Europe in order to better Best. On this occasion, it becomes slightly harder to argue with him because he quotes some stats for a change — which is some improvement.

Right. Back to today’s game, Fergie is confident of a good performance while expressing concern over fan trouble marring the proceedings. Meanwhile, Daniele De Rossi reckons United are beatable.

In team news it’s rather mixed, I have to say; EVDS, Giggs and Evra are passed fit, while Carrick is not. From the squad, Nani hasn’t travelled which means he hasn’t recovered from his injury that kept him out of Portugal’s friendly. I hope it’s not very serious and he returns for the weekend.

I think Fergie will start with a more cautious 4-3-3. Anderson, Hargreaves and Scholes will likely form the midfield three. Giggs, Rooney and Ronaldo will line up ahead, and our fab four will form the defensive wall, with EVDS between the sticks. A good team, and I believe Hargreaves would certainly get to start today. Tevez should come on as an impact sub like he did against Lyon. So we’ll have to wait and watch.

I don’t expect a swashbuckling performance from us. However, despite Totti’s absence, Roma will come at us hard and our defence would be tested for certain.