ROCK ME! Falcao to United? 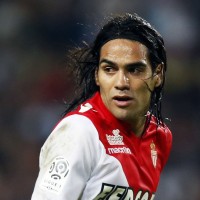 All summer, Manchester United’s transfer activity has been long, drawn out and a hive of speculation but, overnight, from nowhere, initial rumours of their interest in Monaco’s Radamel Falcao has rapidly evolved into reports he’s all-but a done deal.

According to Colombia-based journalist for DirecTV Sports, Saris Bello, Manchester United will bring the Colombian international to Old Trafford for four seasons with a fee of €65 million

“Falcao to Manchester United for €65 million euros, for 4 seasons. City can’t sign him due to Financial Fair Play.

“In the coming hours, Falcao will officially join Manchester United, after the deal is finalised he’ll travel tomorrow [to Manchester] and later undergo his medical.”

Who would’ve thought a few years ago that this is what would become of Manchester United on transfer deadline day. Getting our business done early and letting others embroil themselves in the madness of September 1st seems a dim and distant memory, I know this summer (like previously ignored summers) there is a desperate need for an overhaul, but I sincerely hope this isn’t a sign of how United plan to operate in the coming years.

It’s going to be a long, mad, but possibly landmark day.