Rio out, Rodriguez in? 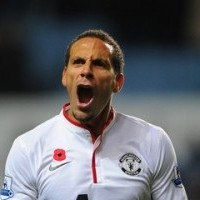 As reported by various newspapers this morning, Rio Ferdinand has maintained he’s not anxious about renewing his contract with Manchester United.

Rio’s deal expires at the end of the season and, considering his injuries in recent years, the club finds itself in a delicate situation.

On one hand there’s a 33-year-old centre-back with his well documented fitness problems, on the other hand there’s a defender who’s still world class on his day and whose persistent back problems seem to have been finally kept under control.

Considering that his England career is done and dusted and that Rio has started all but two league games this season, a new contract seems like a realistic possibility, perhaps a one-year deal like in the case of Giggs and Scholes.

Fergie was adamant that Rio could carry on for another season – an option that would almost inevitably rule out buying a centre-back in the summer, while giving Smalling and Jones more time to develop.

“It’s always good to hear the manager say things like that but you just take every week and every month as it comes,” Rio told Inside United.

“The best thing to do is look at it at Christmas, then again in the summer to see how I am feeling and go again from there but hearing the manager say things like that definitely puts a spring in your step.”

With Vidic returning in January the situation should be clearer at the end of the season but if Rio doesn’t feel his body can carry him through another 12 months of professional football, then there’s no point trying to convince him to do otherwise.

Obviously should Rio decide to call it a day, United will have to go looking for a centre-back and one can only hope the club won’t mess around with it like they’ve done with our midfield situation.

Situation which could change in January or in the summer, as United have scouted James Rodriguez for the seventh time. 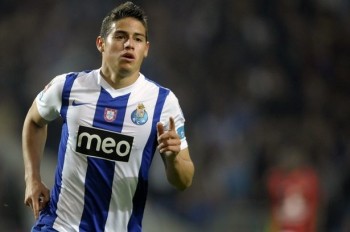 Rodriguez is an excellent prospect, having scored seven goals in 12 games in all competitions so far this season but he has a £24m buy-out clause – a hefty fee for a 21-year-old, particularly considering that United already have Valencia, Nani and Ashley Young in their ranks.

For all his infuriating moments, Nani is a quality player and can turn a game on its head but if he’s reallt rejected another contract, then good riddance and let’s cash in while we can.

Young was poor against Villa and many fans are growing unhappy with him, but unless we are prepared to sell him for a fraction of what we paid for him then we’re destined to keep him.