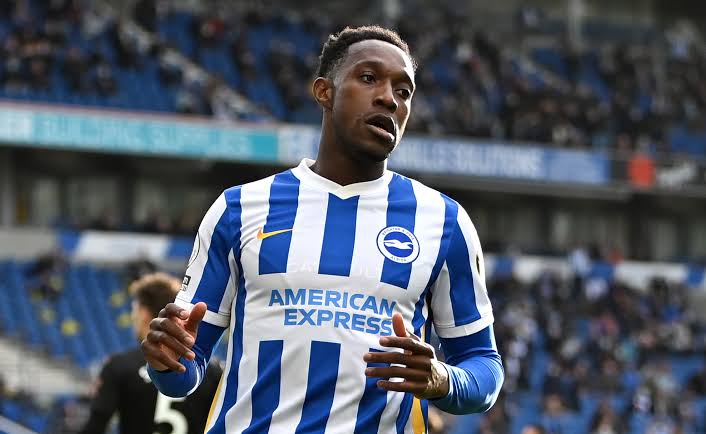 Welbeck started against his former club on Sunday. He was terrific with his movement up front and provided the key assist for Pascal Cross’ opening goal in the 2-1 win over United.

Speaking on his YouTube channel, Ferdinand said that Welbeck would have started the season opener for United where he was up for the challenge.

He said: “Danny Welbeck starts for Man United today [Sunday] in this game.”

“Welbeck walked out of that tunnel and you could see, shoulders back, chest out, thinking – ‘I will terrorize these two [Martinez and Maguire]’.

“That’s how he played today, he looked like prime-time Danny Welbeck at the Bernabeu against Real Madrid 10 years ago.”

Ferdinand added that Welbeck’s movement behind the defence would suit Erik ten Hag’s playing style and the striker could also get the best out of Bruno Fernandes.

He added: “On today’s performance, no doubt. If you want a back-up striker, you wouldn’t go far wrong with Danny Welbeck.”

“It gives us the legs, gives us the movement – the running behind defenders like he did today and it frees up the space for the likes of Bruno.”

Welbeck tormented United at Old Trafford last weekend, but that was partly contributed by the backline which looked disoriented. This has been a regular occurence.

With a more organised defence, we don’t see the 31-year-old having the same level of impact. Even if United are interested, Brighton are unlikely to sanction his sale.

Welbeck was handed a new one year contract this summer, and he has now firmly established himself as the Seagulls’ first choice striker this season.

After losing Yves Bissouma and Marc Cucurella, it is unlikely that Brighton will have the thought of parting ways with the former Premier League winner.

Even if there is a possibility, United should pursue a younger option. We maintain the same stance for Marko Arnautovic, who is already 33 and no longer in his prime.

The Austrian netted 15 goals for Bologna last term, but spending €15 million on him would represent a poor piece of business for the Red Devils this summer.