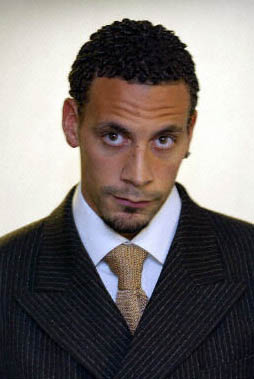 The Guardian reports this morning that Rio Ferdinand is to setup a footballing academy in Uganda.

Apparently Rio was very well received by the people there:

‘I thought there might be the odd fan and a couple of workers from the football school at the airport,’ Ferdinand said of the throng that jammed the 10-mile route from Entebbe airport to the capital, Kampala. ‘I was waving out of the window but then was told that I should really acknowledge it so I stood out of the roof. At one point I welled up.’

Rio had gone over to meet with President Yoweri Museveni, who has offered Ferdinand – backed by Nike, West Ham and Manchester United – land on which to build a Proline Soccer Academy.

Work on the academy will start immediately and should be finished by the end of next year. The school will cost about Â£300,000, which, smart footy fans will quickly tell you, is about what Rio probably makes in a month.

Cynicism aside, it’s good to see footballers giving back to the society. And the fact that it’s actually using football as a means to educate children and is not focusing on getting other footballers ‘merked’ makes it worth supporting.

Giggs’ Honour | Striker Talk
Your predictions – who will United sell this summer?