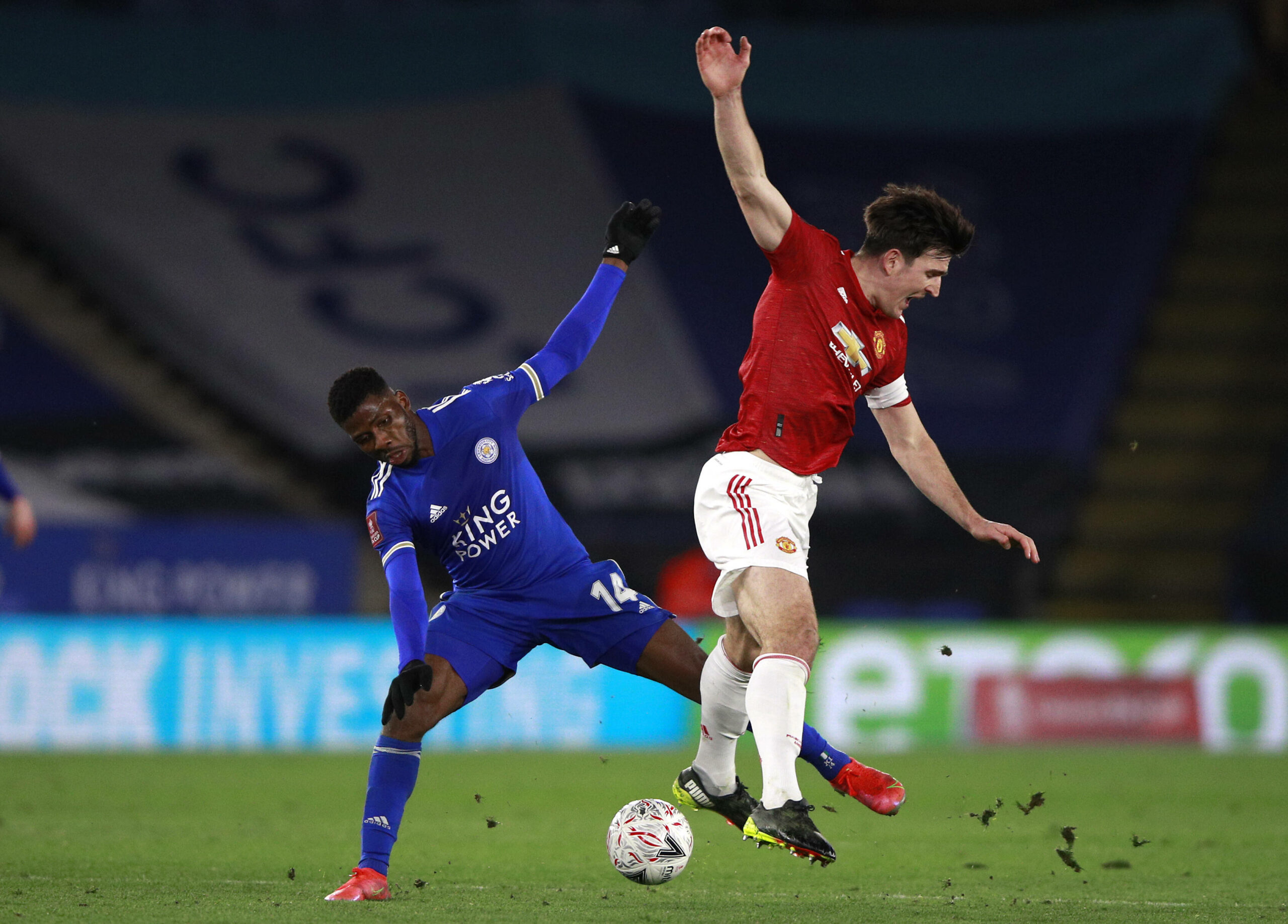 Rio Ferdinand has singled out Harry Maguire as the one to blame for Kelechi Iheanacho’s deadlock-breaker in Manchester United’s 3-1 defeat to Leicester City on Sunday.

Leicester brushed aside United at the King Power Stadium in the FA Cup quarter-final in what was a horror display from Ole Gunnar Solskjaer’s side.

Although many people see Fred as the main culprit for Iheanacho’s opener, Ferdinand has offered a different point of view.

According to the former Red Devils stalwart, Maguire should have known better than putting the Brazilian at the risk of being dispossessed.

Brendan Rodgers’ men were applying heavy pressure on United’s backline and their efforts paid off 24 minutes in the game.

Fred’s sloppy back pass was easily intercepted by the Nigerian forward, who had no problems slotting it past Dean Henderson to put the Foxes in front.

There is no doubt the ex-Shakhtar Donetsk midfielder should have done better, but Maguire’s decision to throw his teammate under the bus also deserves attention, says Ferdinand.

“Fred should be doing better than that – he has been caught a couple of times before in that type of situation,” he told Rio Ferdinand Presents FIVE.

“As for Maguire, one criticism I would have is I would say: ‘Know your players’.

“If that is [Donny] van de Beek, if that is [Paul] Pogba, if that is Bruno Fernandes, you play them the ball like that, and it is not a problem.

“But if it is someone where you feel that is not a strong point, then maybe you shy away and play past that.”

Ferdinand may well have a point here.

Fred has been indispensable for Solskjaer’s set-up this season, but mainly due to his defensive qualities.

The 28-year-old has been excellent in recovering possession and doing the heavy lifting so Bruno Fernandes can focus on distributing the ball to the forwards.

His commitment has never been called into question, as has been the case with his ability to efficiently participate in building United’s attacks from midfield.

However, Fred’s offensive qualities could never match his ball-winning capabilities, which has brought him under scrutiny on multiple occasions.

Despite boasting a decent pass success ratio of 87% in the Premier League this term (WhoScored), the midfielder has often encountered problems keeping the ball under pressure.

Unlike the players Ferdinand mentioned, Fred does not have the technical skills and vision to retain possession in tight spaces.

Maguire paid the ultimate price in the FA Cup and may want to think twice before putting his teammate in a similar situation when the stakes are high in the Premier League and Europa League.