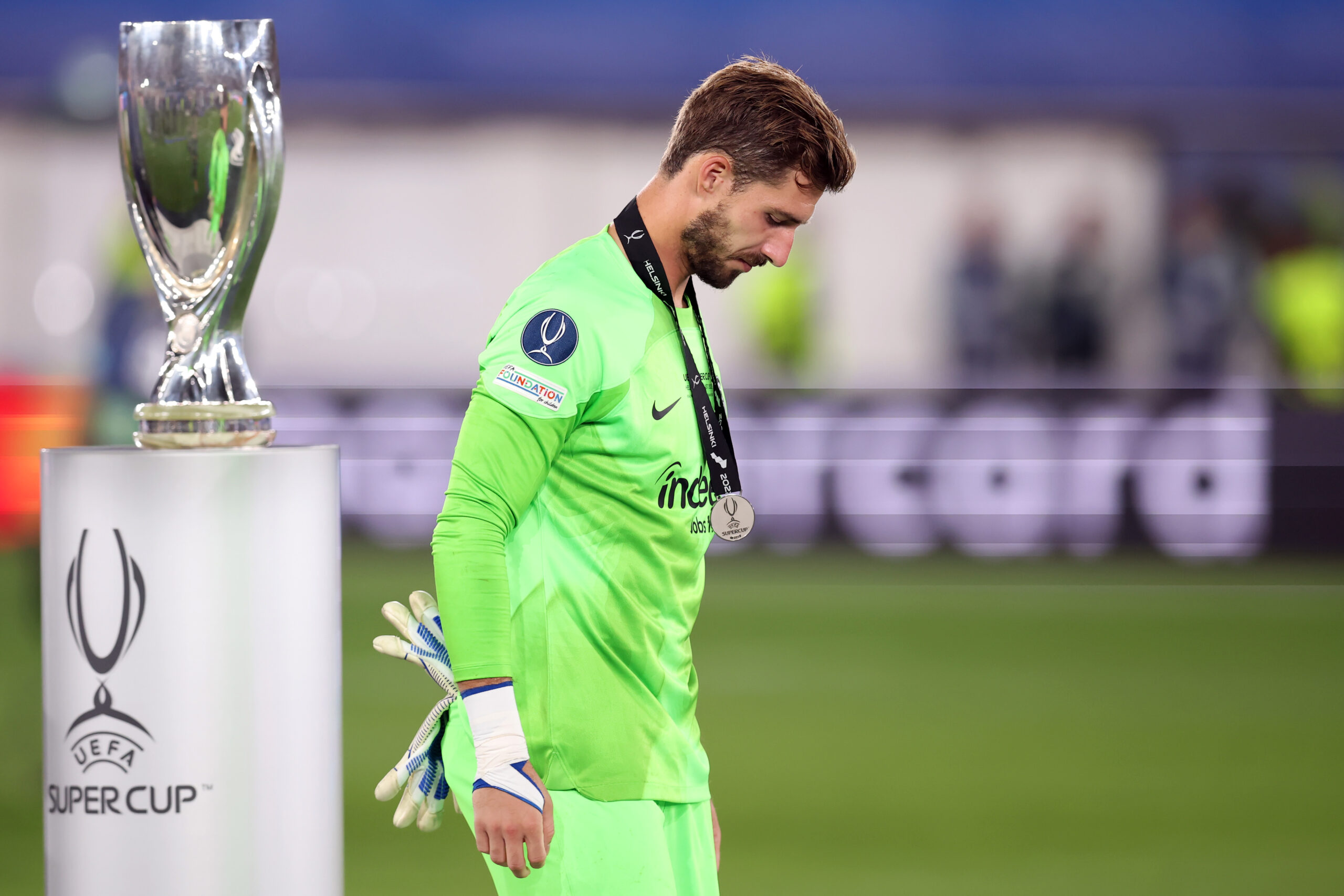 The chance to join Manchester United will simply be too hard to turn down for Eintracht Frankfurt goalkeeper Kevin Trapp.

That’s according to BILD who claim that United are pushing for a quick decision to be made by the player and the Bundesliga club.

Just eight days remain now before the transfer window closes. If Eintracht Frankfurt are to sell Trapp, they will need to bring in a replacement, and fast.

It seems as though the Dutchman wants to sign a player who can push De Gea for the starting spot though.

Manchester United too hard to turn down for Kevin Trapp

The 32-year-old Eintracht stopper will find it next to impossible to turn down a move to Old Trafford this summer according to Bild.

This is reportedly an opportunity that he may never get again and he ‘simply has to accept’ the offer. United are prepared to pay Trapp up to £178k-per-week according to Sport 1.

However, the Red Devils haven’t yet made a formal offer and Frankfurt are unsurprisingly reluctant to let him leave Deutsche Bank Park.

Kicker reckon that United are lining up a bid in the high single-digit range (EURO). So if that was €9.5 million it would equate to £8m.

We don’t think Frankfurt will accept that kind of fee though, especially this late in the window. It may take at least double that to prise Trapp away from Germany. We think that the ex-Paris Saint Germain ace would be a solid addition for United.

Trapp has been described as a ‘world-class’ goalkeeper by the Daily Star.

In 460 career games, the German has conceded 574 goals and kept 141 clean sheets in the process. He’s a fine shot-stopper and is very commanding in the air. The experienced goalkeeper is very good with his feet as well.

We think that Trapp would be the ideal signing for United, considering how Ten Hag wants to play out from the back. Whether Frankfurt are ready to sell him in the final week of the window remains to be seen though.