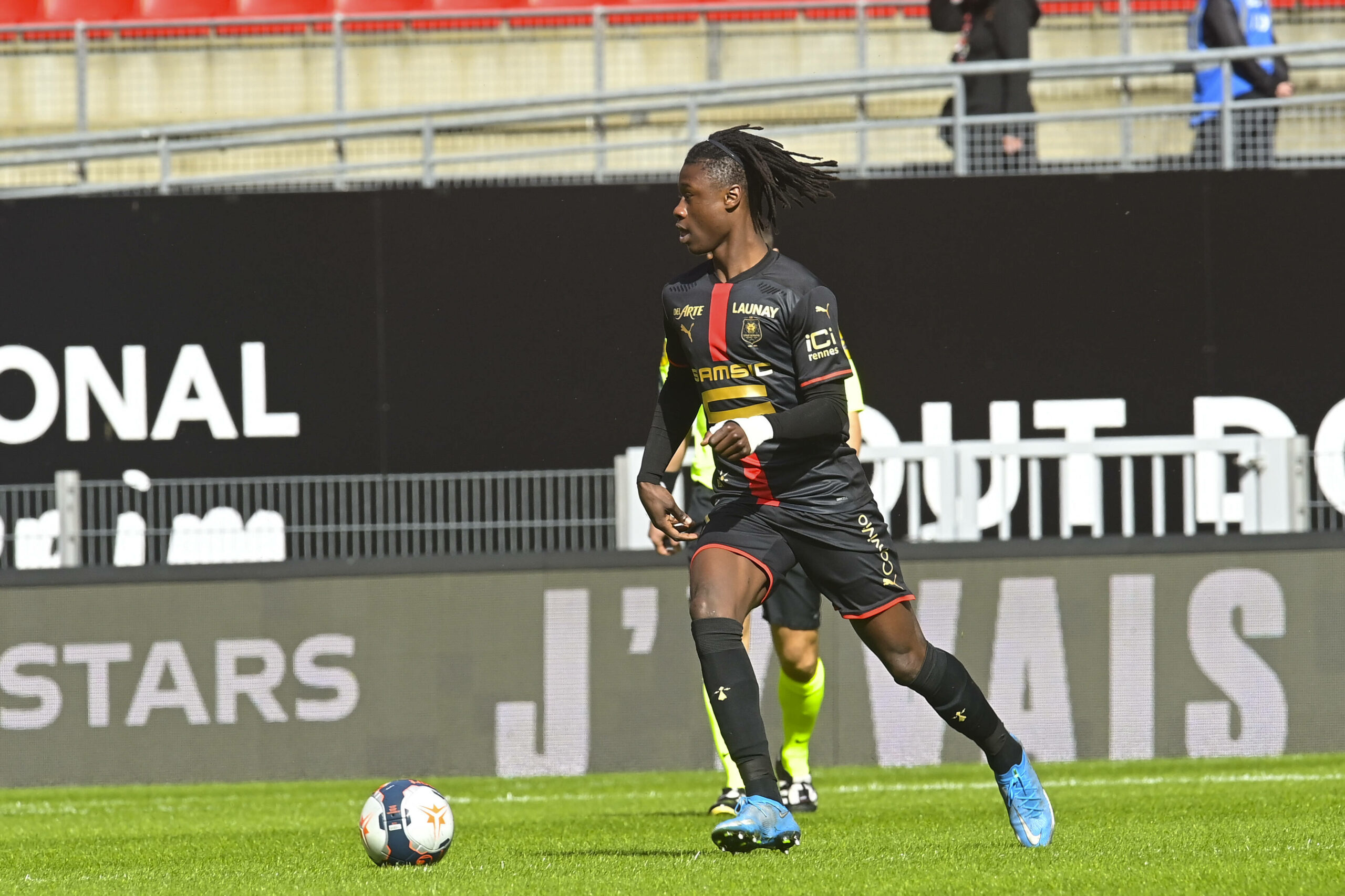 Manchester United and Chelsea remain in the race for Rennes starlet Eduardo Camavinga despite the player’s desire to link-up with Zinedine Zidane at Real Madrid.

As per Spanish publication AS, Camavinga is keen to work under Zidane.

However, the youngster’s move to Madrid depends on his countryman’s future at the Santiago Bernabeu.

The French manager threw his future into doubt back in January when he admitted he might not be in charge of Madrid next season.

With Zidane’s fate in the Spanish capital hanging in the balance, United and Chelsea continue to sniff around the prodigious midfielder.

Camavinga is one of the hottest young prospects in Europe and would be a massive addition to whoever manages to secure his services.

Although he has only bagged one goal in 32 outings in all competitions this season, the Rennes sensation thrives when tasked with regaining possession and keeping the ball.

A combative ball-winning defensive midfielder, Camavinga has averaged 2.6 tackles per match this season (per WhoScored).

Only Aaron Wan-Bissaka has performed more successful challenges in the United squad than the 18-year-old throughout 2020/21.

Capable of mopping everything that comes his way, the Angola native is not afraid of getting his hands dirty, as evidenced by the five yellow cards he accumulated this term.

His high-octane midfield displays are something the Red Devils have been missing in recent years.

Despite his tender age, the teenager has a substantial £54 million release clause in his contract.

But Camavinga could be available for a reasonable price in the summer, given he is about to enter the final year of his deal at Rennes.