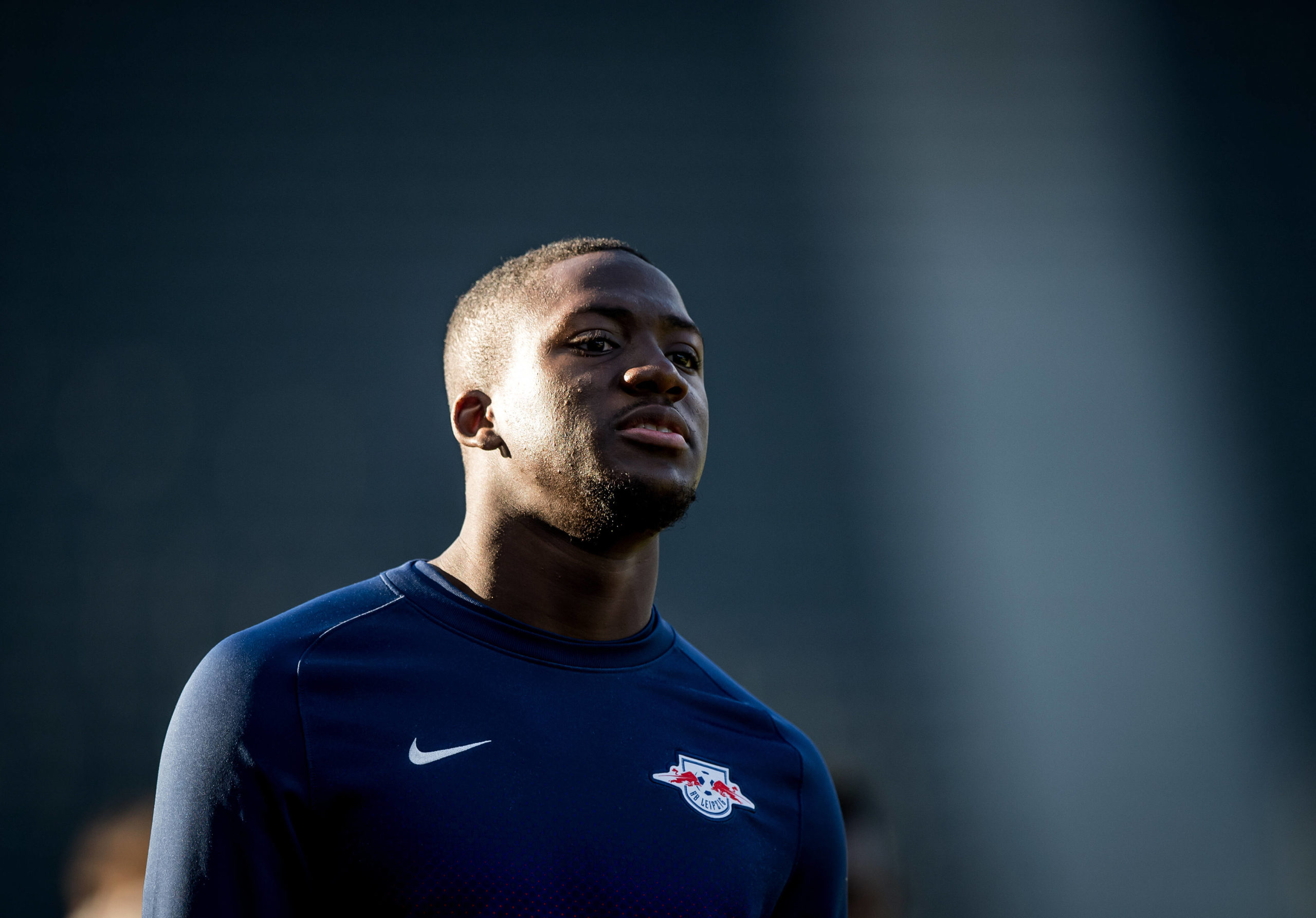 Manchester United and Arsenal are ready to engage in a transfer tug-of-war over prodigious RB Leipzig defender Ibrahima Konate.

According to the Daily Express, the Premier League rivals have identified the 21-year-old centre-back as a long-term solution for their defensive woes.

The France U21 international won’t come cheap, as the same source also states the Germans will command around £35 million to sanction the move.

Leipzig have been a factory of defensive talents lately, producing some of Europe’s most exciting young lads, including Dayot Upamecano, Nordi Mukiele and Konate.

The Red Bull outfit have conceded the second-fewest goals with 20 during this Bundesliga campaign and much of the credit has to be pinned on the French trident.

Upamecano has stolen the spotlight, with a host of Europe’s elite clubs registering an interest in capturing his signature.

However, the 22-year-old has already made his choice, picking Bayern Munich as his next destination.

United and Arsenal hoped to bring the highly-rated defender to the Premier League but ended up empty-handed.

As a result, the English powerhouses have shifted their attention to Upamecano’s compatriot, Konate.

Who is Ibrahima Konate?

Strong with the ball at his feet as he is at winning it back, Konate is a technically gifted defender.

Aggressive in dispossessing his opponents and comfortable when entrusted with building his side’s play from the back, he is a perfect example of a modern-day defender.

His aerial strength and tough-tackling style have established him as one of the most coveted young prospects in the Bundesliga.

Konate came through the youth ranks at Sochaux before making his senior breakthrough in February 2017, aged 17.

An exceptional second half of the 2017/18 campaign in Ligue 2 saw the French starlet catch the eye of Leipzig.

The youngster signed a five-year contract at the Red Bull Arena in 2017 and he has since established himself as a first-team regular under Julian Naglesmann.

However, a series of injury setbacks restricted the mammoth defender to only eight Bundesliga appearances in 2019/20.

Unfortunately, Konate cannot catch a break this season either, with several physical issues sidelining him for the majority of the ongoing campaign.

The 21-year-old has recently returned to full fitness and is currently trying to force his way back into Naglesmann’s starting XI.

If he can keep up his current fitness level, there is no doubt the Frenchman will be on his way to becoming a world-class defender.