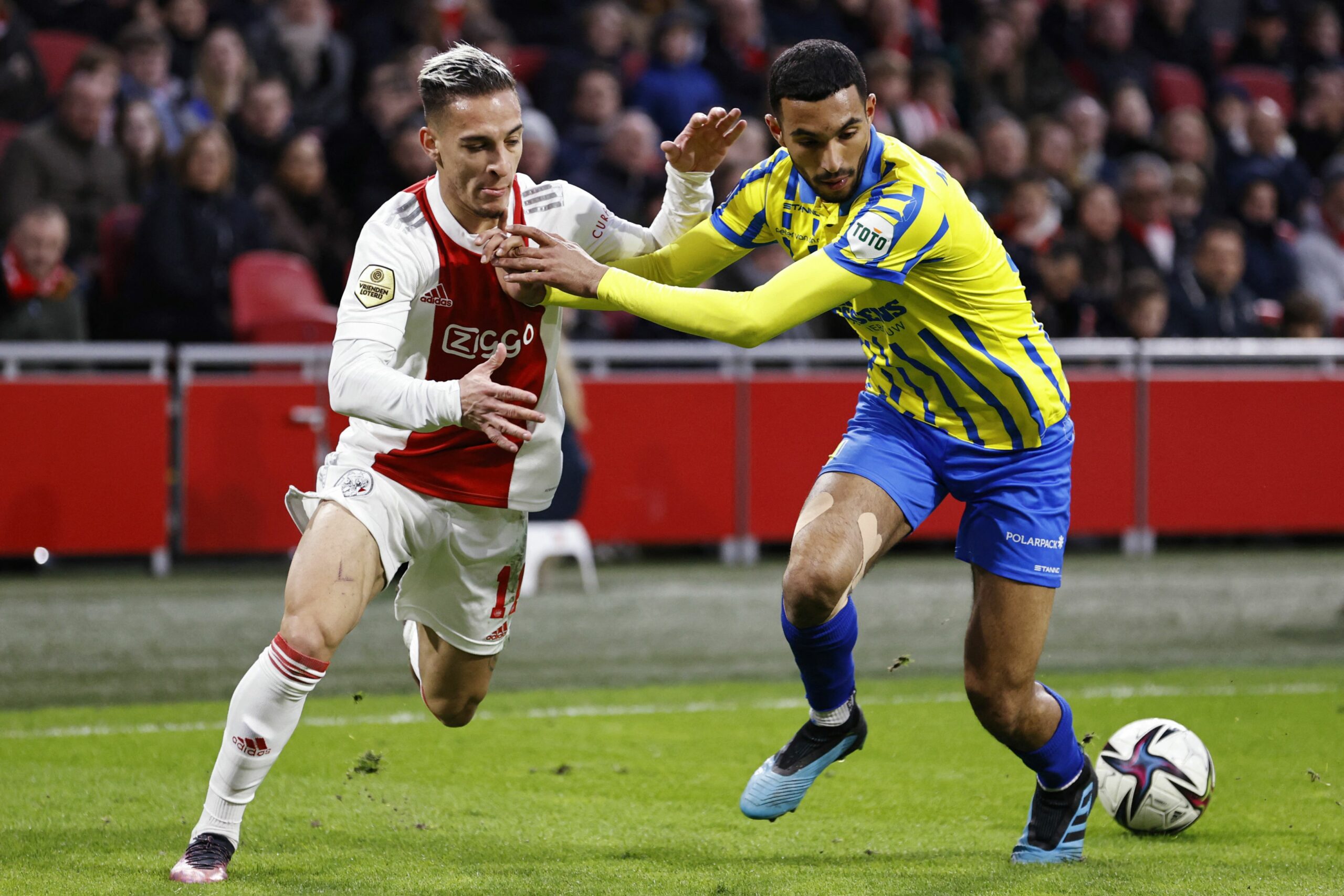 That’s according to The Athletic who claim that United must pay £84m if they want to sign the 22-year-old winger.

Erik ten Hag seems to be hitting brick walls left, right and centre when it comes to getting deals for his main transfer targets over the line.

As things stand, the United manager has tried, and failed, to sign the likes of Frenkie de Jong, Benjamin Sesko and Matheus Cunha.

The Red Devils are in desperate need of a few exciting additions. It seems as though a deal for Casemiro is gaining pace (Sky Sports), and he seemingly isn’t the only Brazilian Ten Hag wants to sign.

The Athletic reckon that United made a huge £68m offer for the Brazilian winger but received an instant rejection from Ajax. The Dutch outfit are allegedly holding out for closer to £84m.

It remains to be seen whether United will go back in with an improved offer, but we really think they should. Antony is a special, special young talent.

We think that Antony would be a truly stunning addition for United this summer. He has been described as a ‘real deal young Ronaldo’ by Eurosport. The Ajax star has also been labelled as a ‘superstar in the making’ and ‘unstoppable’ by the Express.

Antony has also drawn comparisons with Brazilian legends Neymar and Ronaldinho (Goal). On top of all of that, Manchester Evening News have labelled him as a ‘scintillating’ player.

Marcus Rashford and Jadon Sancho are just not producing the goods on a consistent enough basis. There are clearly big problems at Old Trafford and Ten Hag has a tough task to turn things around.

And if it takes £84m for United to bring Antony to Old Trafford, the Glazers should make it happen in our view.