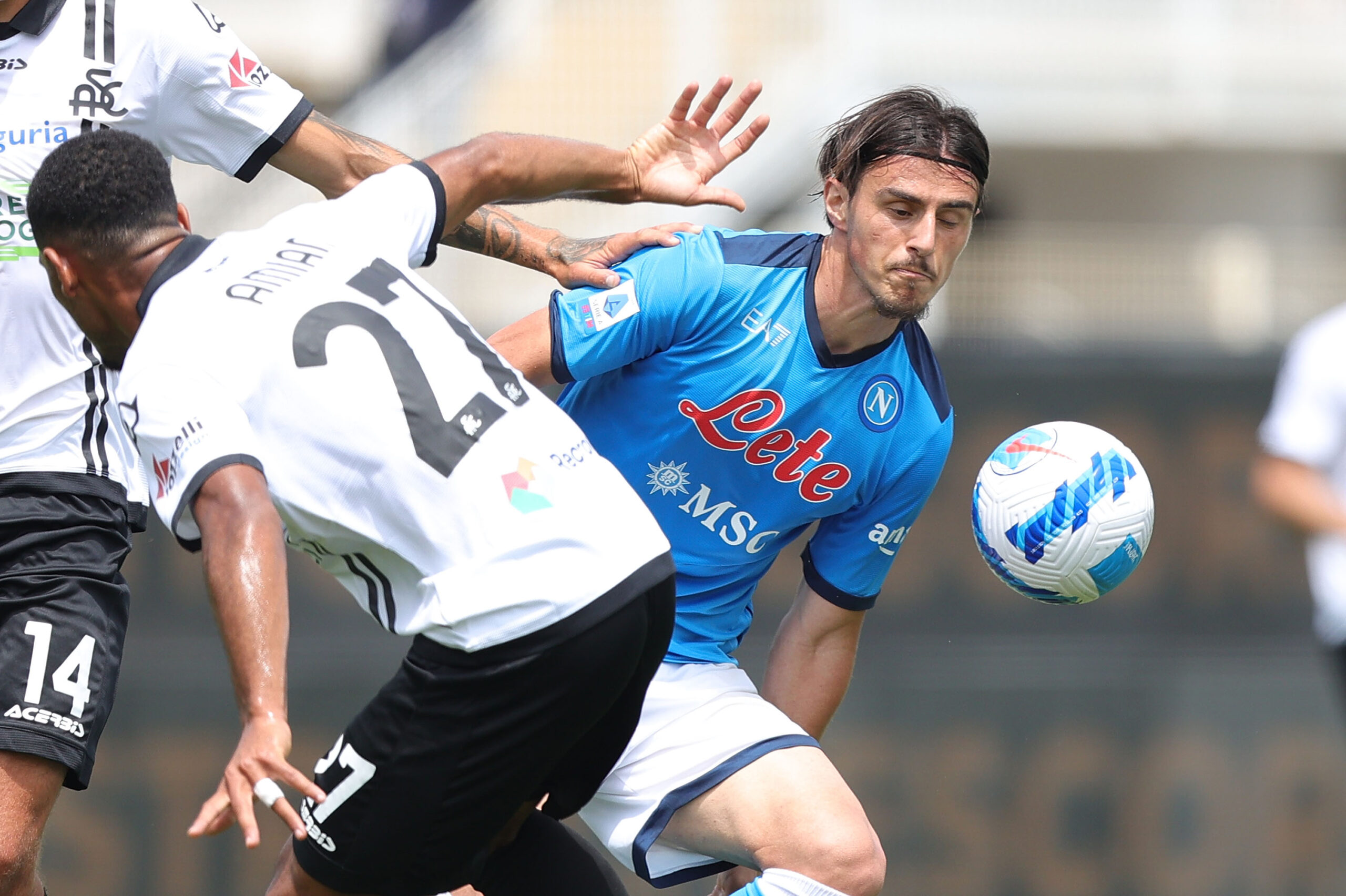 Manchester United are now reportedly eyeing up a move to sign talented Napoli midfielder Eljif Elmas in the summer window.

That’s according to a report from Tuttomercatoweb who claim that United are currently the club showing the most interest in signing the 22-year-old this summer.

The 39-capped North Macedonia international is a real talent. He’s an attacking midfielder by trade but he can also operate in a more orthodox central midfield role and even on the left wing.

Erik ten Hag has addressed his central midfield weaknesses by signing Casemiro. The next item on his agenda will be to bring a top-class forward to Old Trafford.

And it seems as though the Dutchman is keen to add more competition to his attacking midfield ranks as well.

TMW reckon that several European clubs are tracking the Napoli star – ‘above all Manchester United’.

Elmas is a real talent, that’s very clear to see. He bagged seven goals and six assists in 46 games for Napoli last season.

The Napoli star possesses exceptional technical ability and has fantastic vision that, combined with his technique, makes him one of the best young footballers in the game.

In 37 Serie A appearances last season, he made 21.5 passes on average per game and recorded an impressive completion rate of 87.8%.

Napoli value Elmas at around €40 million (£34m), according to Macedonian publication Slobodenpecat. He has been described as ‘unbelievable’ and ‘North Macedonia’s diamond’ by the Guardian.

We think that Elmas would be an exciting addition for United. And £34m seems like a really reasonable fee to pay for the Napoli starlet, considering his talent and undoubted potential.

Stats via Transfermarkt and WhoScored.