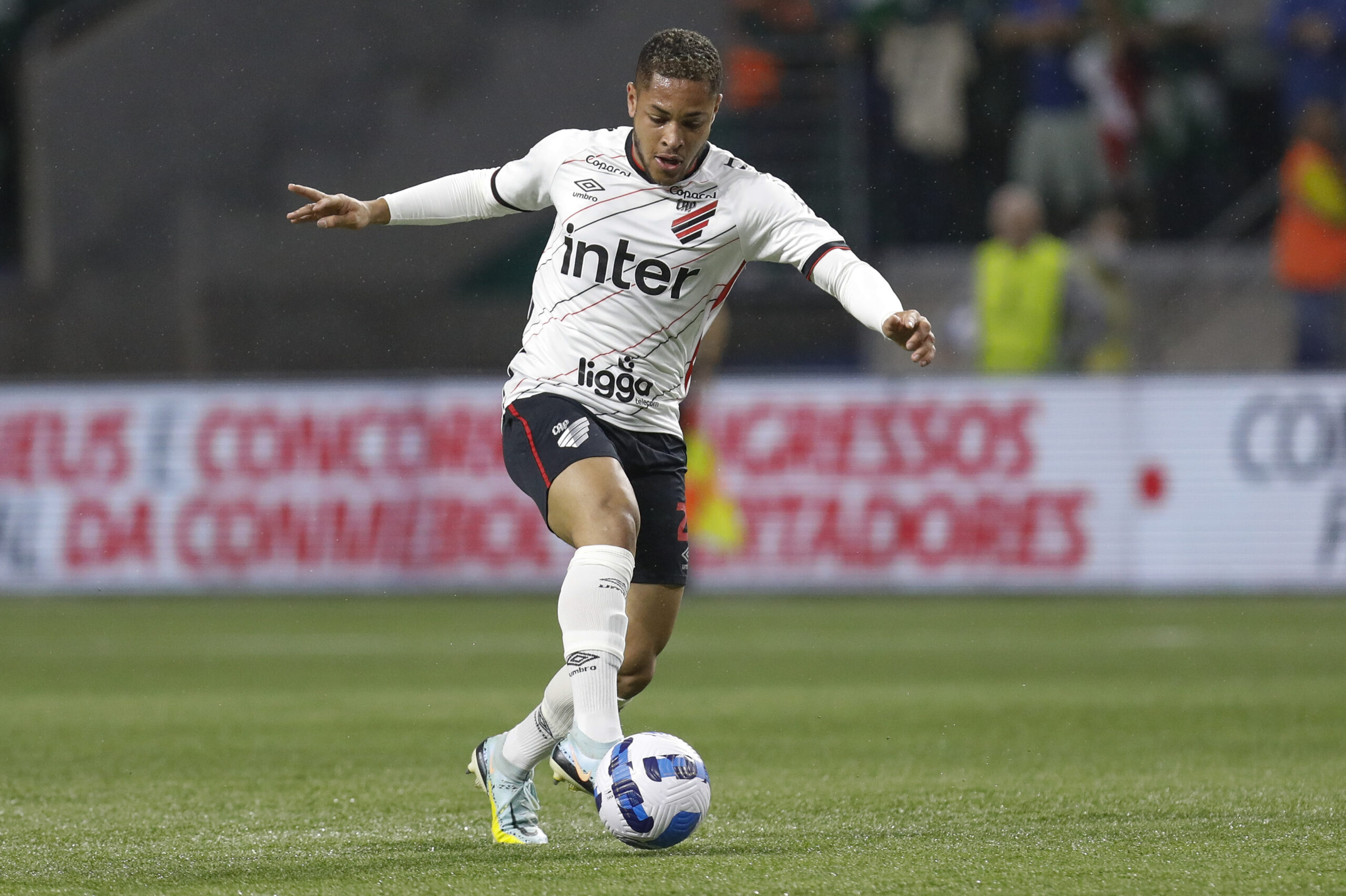 Manchester United are reportedly in the race to sign Brazilian youngster Vitor Roque alongside Paris Saint-German.

That’s according to Italian publication Gazzetta dello Sport who claim that United must act fast, with PSG prepared to make an ‘assault’ on Athletico Paranaense for the youngster’s signature.

He has a €60 million release clause inserted into his contract, although it is unclear whether Athletico would accept less than that for the talented teenager.

He is such an exciting young talent, and it’s little wonder why he has clubs such as Man United and PSG interested in signing him.

However, Erik ten Hag will have to act quickly if he wants to bring the South American sensation to Old Trafford.

Gazzetta reckon that the Red Devils have the Athletico starlet on their radar this month, and what an incredibly exciting addition he would be to Ten Hag’s ranks.

Football Talent Scout describe Roque as a ‘sensational talent’, and they’re not wrong.

The 17-year-old can play on either wing or as a centre-forward, and he has already racked up a respectable 13 goals and four assists in 52 senior appearances.

He possesses pace and technical ability in abundance and is surprisingly strong and robust for someone so young.

Roque also has the quintessential South American tenacity, and it’s that side of his game that makes him such a well-rounded player.

It must be noted that €60m is a lot of money for someone so young and unproven in the Premier League.

However, Roque would be worth that fee for United. That being said, whether the Red Devils can beat PSG to his signature is another matter.