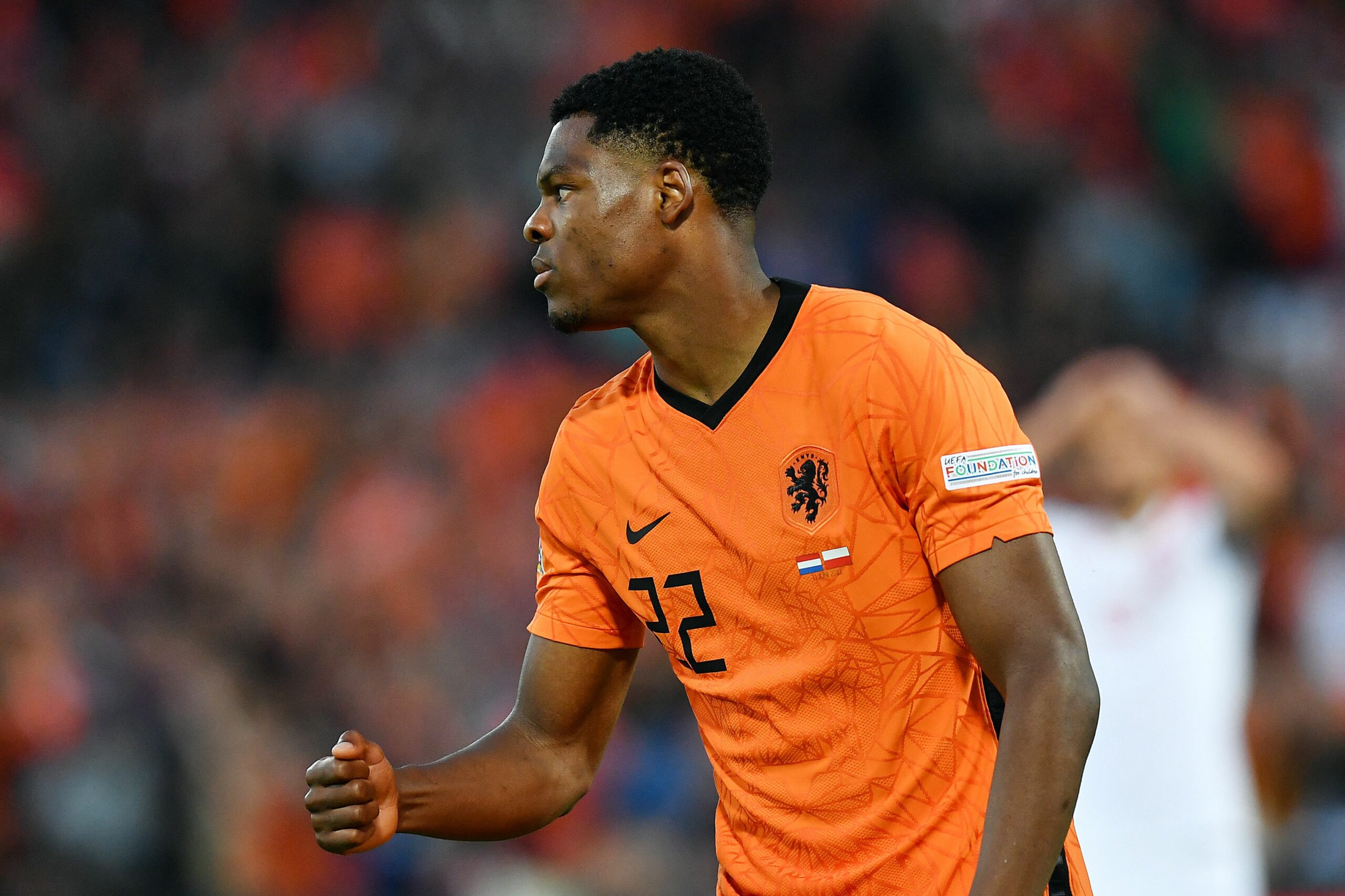 That’s according to a report from Gazzetta dello Sport (print edition July 23rd, pages 6+7), who claim that United boss Erik ten Hag is a fan of the 35-capped Holland international because of his physicality.

And in addition to that, United are believed to be in pole position to sign the 26-year-old right-back in the summer transfer window, according to a report from Calciomercato.

Inter are said to value Dumfries at around €40 million (£34m), according to Gazzetta dello Sport. That seems like a fair price to pay for Dumfries.

And considering that recent reports from the Daily Mail are claiming that ten Hag wants to get rid of Aaron Wan-Bissaka in the summer transfer window, signing someone like Dumfries would be very useful for United.

The Dutchman is a top-class right-back, and we think he’d be an excellent addition to ten Hag’s ranks at Old Trafford.

In 33 Serie A appearances for Inter Milan last season, Dumfries bagged five goals and four assists. During those outings, he averaged one tackle per game.

The Dutchman is a top-class right-back. He is an all-action defender with energy, stamina and athleticism in abundance.

Dumfries has been described as a ‘real powerhouse’ by the Northern Scot. He would be a real upgrade on Wan-Bissaka.

Dumfries has plenty of experience despite his fairly tender years, and he is a real competitor. He has exactly the kind of character that United need and have lacked over the past few years.

The Red Devils will undoubtedly be a lot stronger next season if ten Hag manages to get a deal over the line for the Dutchman.