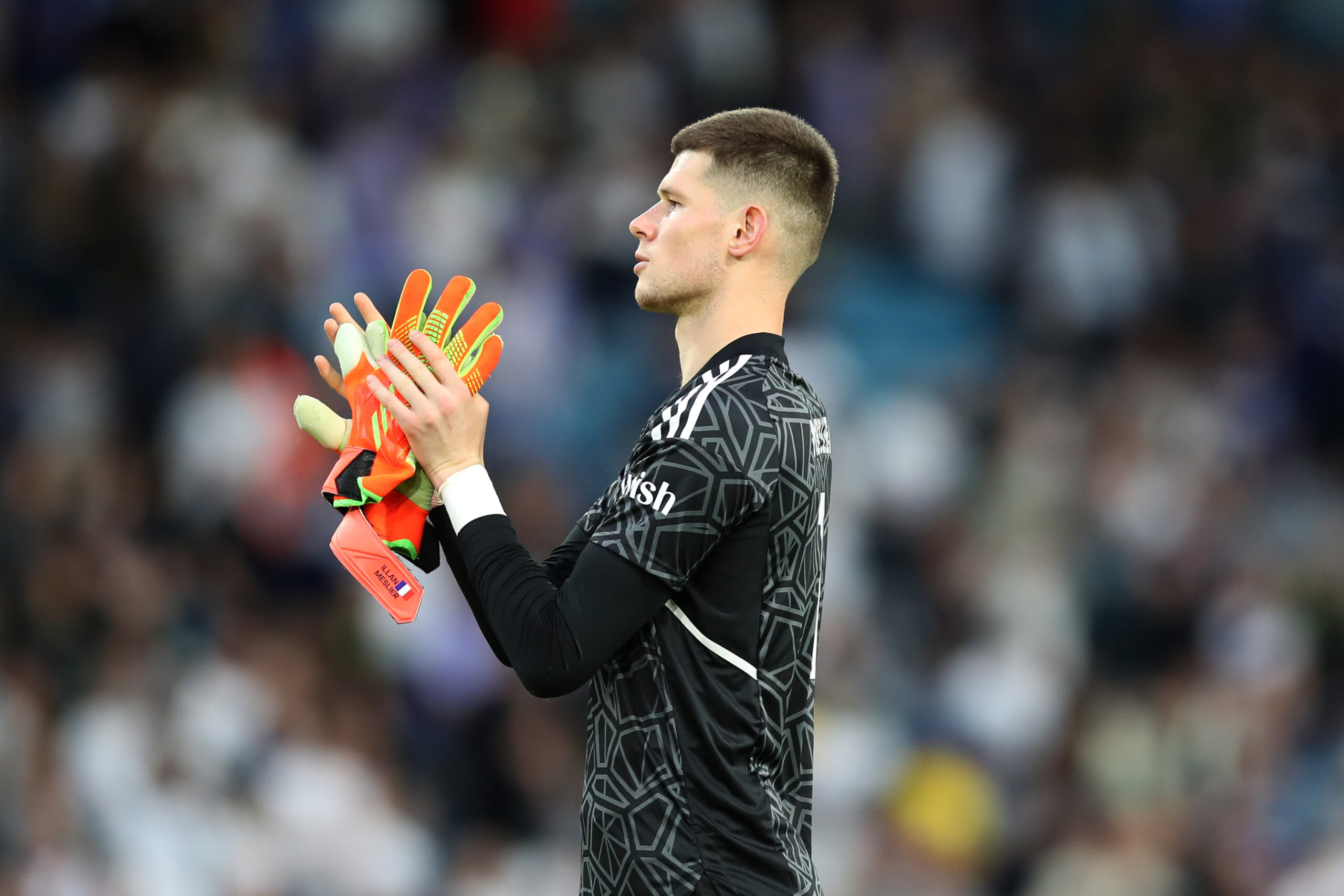 That’s according to a report from The Express who claim that signing a back-up goalie is one of the main priorities for United manager Erik ten Hag this summer.

United do have Tom Heaton in reserve, but he’s 36 now. Ten Hag will obviously want someone to push David de Gea harder and keep the Spaniard on his toes.

The 31-year-old has regressed over the past few years and despite the odd brilliant save every now and again, he seems to make mistakes far too regularly – mistakes that end up costing United dearly.

Ten Hag seemingly has one option in mind that would put some real pressure on De Gea.

The Express claim that United could face competition from Leicester City for the Leeds goalkeeper’s signature this summer.

It is also suggested that there are doubts as to whether Leeds would even entertain the idea of selling Meslier to such a fierce rival.

Marcelo Bielsa brought the 22-year-old stopper to Elland Road initially on loan from FC Lorient in the summer of 2019. Leeds then made the deal permanent a year later for an undisclosed fee.

Meslier has really impressed for the west Yorkshire outfit. He has conceded 142 goals in 90 games for Leeds, keeping 25 clean sheets in the process.

The young Frenchman has reflexes like a cat and is a truly exceptional shot-stopper. He has been described as ‘unbelievable’ by Leeds Live.

Foot Mercato claimed earlier this year that the goalkeeper is valued at around €20 million (£17m), but we can’t see Leeds selling him for anything like that. It would surely take an offer of at least double that amount to even tempt them into allowing him to leave Elland Road.

We think that Meslier would be a superb signing for United and would certainly keep De Gea focused. However, whether United have any chance at all of prising him away from Leeds this summer remains to be seen.