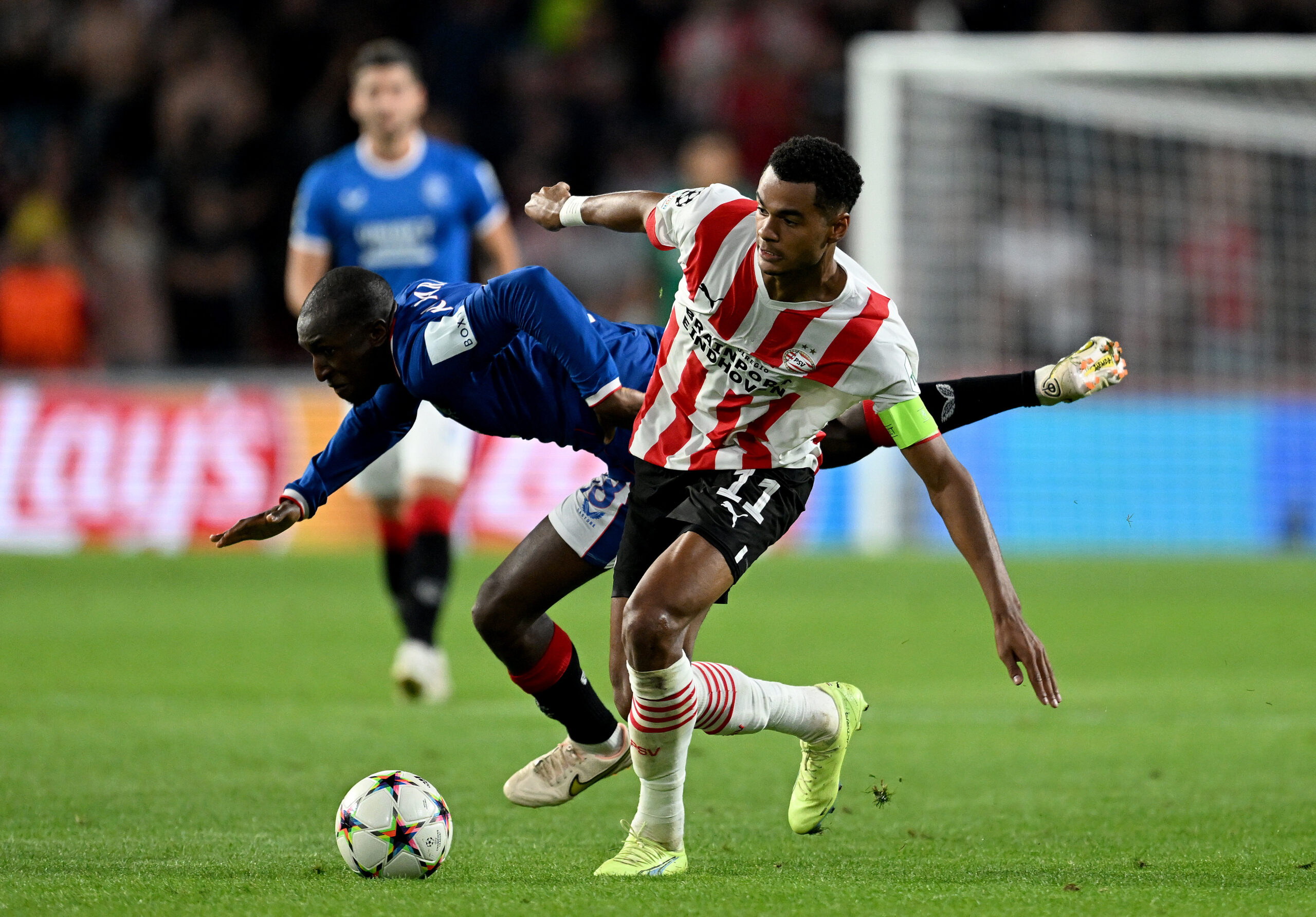 Manchester United need to make a €50 million (£42 million) offer for Cody Gakpo if they want to sign him this summer.

That’s according to Dutch journalist Rik Elfrink who told Voetbal Primeur that the 23-year-old will swap PSV Eindhoven for Old Trafford if United meet the Eredivisie outfit’s asking price.

However, Elfrink criticised Gakpo for his failure to show up for PSV during their Champions League qualifying defeat to Rangers last night.

Erik ten Hag clearly needs to bring a top-class forward to Old Trafford this summer. It’s obvious to see that Antony is his prime target. Signing the Brazilian will not be easy though, with Ajax demanding a mammoth fee for him approaching €100m (£85m), according to The Times.

It was recently claimed by Fabrizio Romano that Gakpo should be a fairly easy deal to get done for the Red Devils.

Reports coming out of Holland suggest that that is indeed the case, but there is a caveat.

“PSV has to take the step up to the Champions League once and this was an excellent opportunity, but they did not seize it. Several players didn’t deliver; I didn’t see the big boys. Harsh conclusion: PSV had no right to anything. He (Gakpo) was not that bad, but as a top player you have to deliver at moments like these. He did not live up to that. On the other hand: if Manchester United thinks he is worth €50m, he will normally leave. It remains to be seen.”

We think Gakpo would be a very useful addition for United, despite the Dutch journalist’s criticism of the 23-year-old.

He has been described by football.london as a forward with ‘immense output’. Gakpo has been labelled as a ‘sensational’ player by the well-renowned Twitter account Dutch Football. He has also been described as ‘superb’ by football journalist Josh Bunting.

Gakpo is reportedly keen to join United this summer.

He bagged a brilliant 21 goals and 14 assists in 47 games in all competitions for PSV last season. In the main, Gakpo is a right-footed left winger.

However, the seven-capped Holland international can play anywhere along the front line and has pace and technical ability in abundance. He plays with a real sense of directness that United have desperately lacked recently.

The PSV star stands at 6ft 2in tall, so he should be more than capable of coping with the physicality of Premier League football.

We think that Gakpo would be a very exciting signing indeed for United this summer. Whether the Glazers are prepared to part with £42m to make it happen remains to be seen.