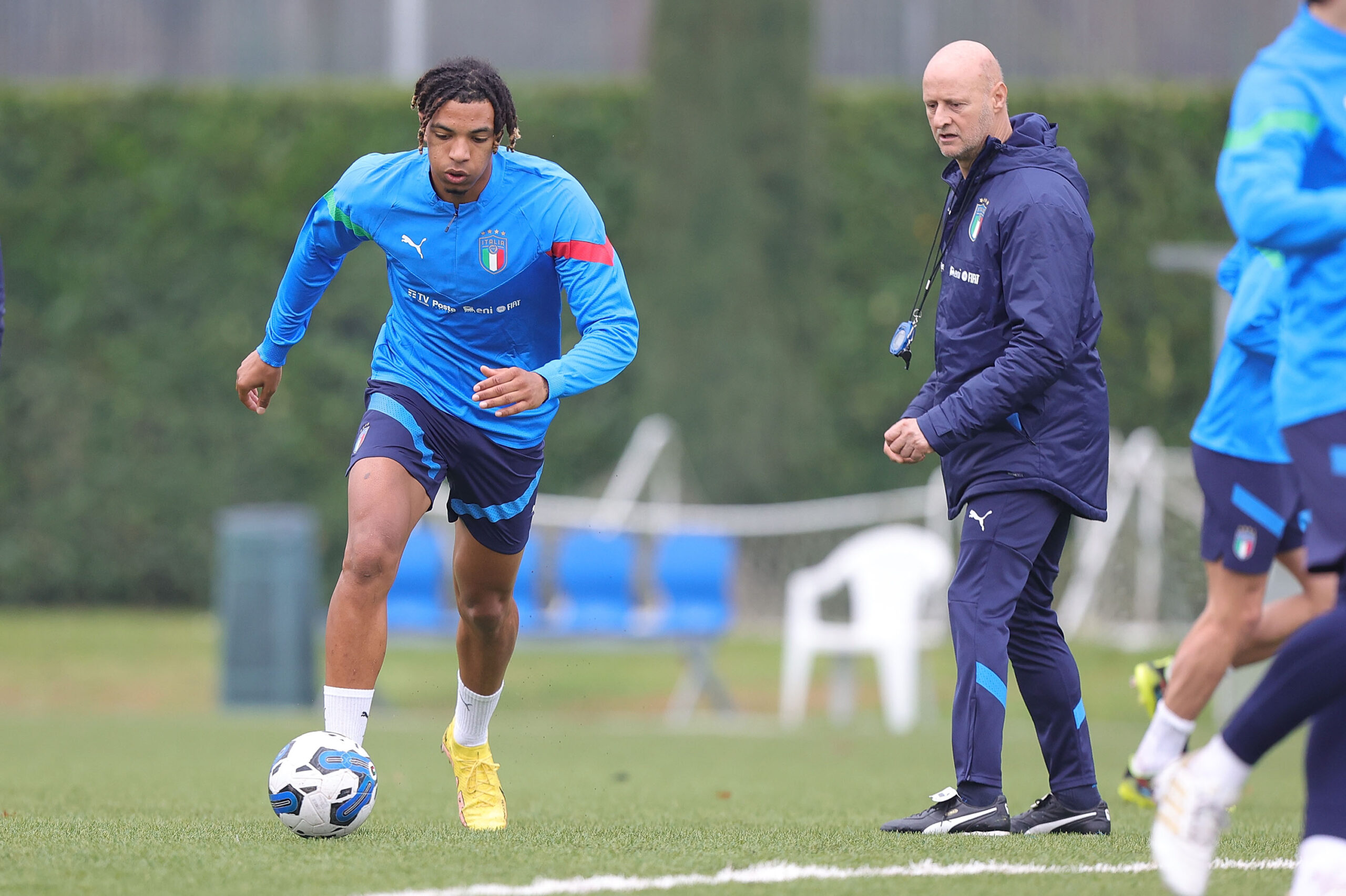 Manchester United are being linked with a move to sign Benfica youngster Cher Ndour in the January transfer window.

That’s according to a report from Tutto Salernitana who claim that Man United face competition from Paris Saint-Germain and Juventus for the talented 18-year-old’s signature.

Ndour’s current deal with Benfica expires in 2023, so United boss Ten Hag could bring him to Old Trafford for a bargain fee in January or wait until the end of the season to pick him up for absolutely nothing.

The talented young Italian is one of Europe’s most highly sought-after commodities. It seems there is a real clamour for his signature, and it is little wonder why.

United are believed to be battling it out with PSG and Juventus for the talented Benfica starlet.

Standing at 6ft 3in tall, Ndour is an absolute unit already, despite his tender years. He is the youngest-ever player to have represented Benfica B. At 16 years and 279 days, Ndour beat the record previously held by João Félix (16 years and 312 days).

Central midfield is an area where Ten Hag will want to strengthen over the next 12 months or so. Sure, he recently signed Casemiro, but he will be 31 in February, and a long-term successor to the Brazilian will be an absolute must.

Ndour will be a real star of the future, and he undoubtedly would be a major player for United if Ten Hag wins the race for his signature.

However, Benfica will be keen to resist United’s advances and tie Ndour down to a new deal.