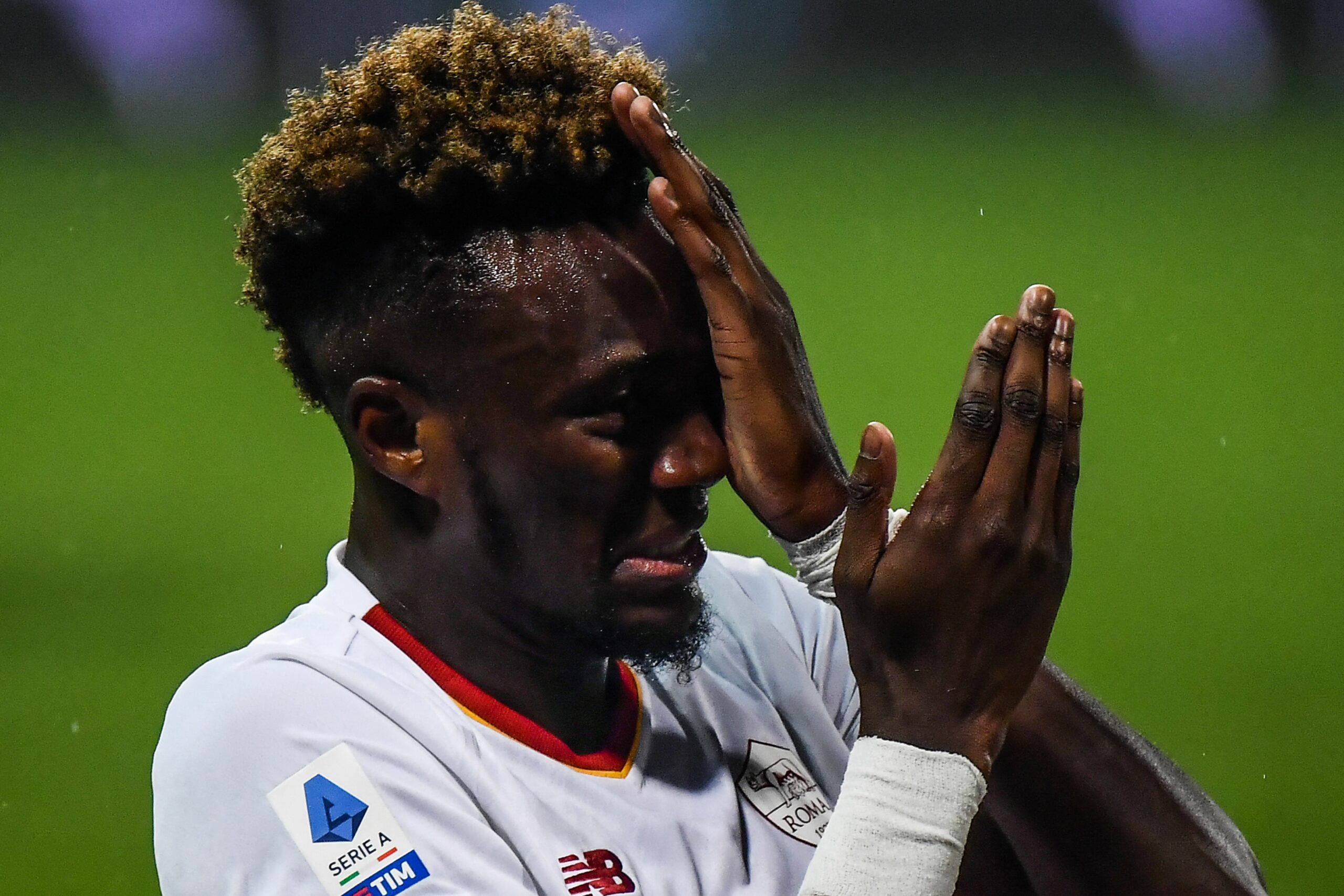 Manchester United are reportedly battling Chelsea to bring ‘unstoppable’ Tammy Abraham back to the Premier League in January.

That’s according to a report from CalcioMercato, who claim that Chelsea have the option to buy back the 25-year-old striker, but Man United are following the situation closely.

Erik ten Hag desperately needs to bring a top-class centre-forward to Old Trafford this month, to make a strong push for the top four during the second half of the season.

Marcus Rashford and Anthony Martial are great talents, but both are better when deployed out wide.

And it seems as though Ten Hag has someone specific in mind.

Abraham would be the perfect addition to Ten Hag’s squad at Old Trafford. The ex-Chelsea man is big and strong, exceptionally athletic and has pace in abundance. He is also a very good finisher.

The 25-year-old has bagged 31 goals and seven assists in 73 games for AS Roma (Transfermarkt). He has been described as ‘unstoppable’ by Football Italia.

Abraham would be the ideal signing for United to provide Ten Hag’s side with a proper focal point to their attacking play.

However, he won’t come cheap. The buyback option Chelsea have on Abraham is worth €80 million (£71m) according to The Mirror. That may be deemed by the United board as too much money.

And for that kind of cash, it would be a big surprise to see Abraham join United In January, in spite of the fact that he’s exactly what they need.