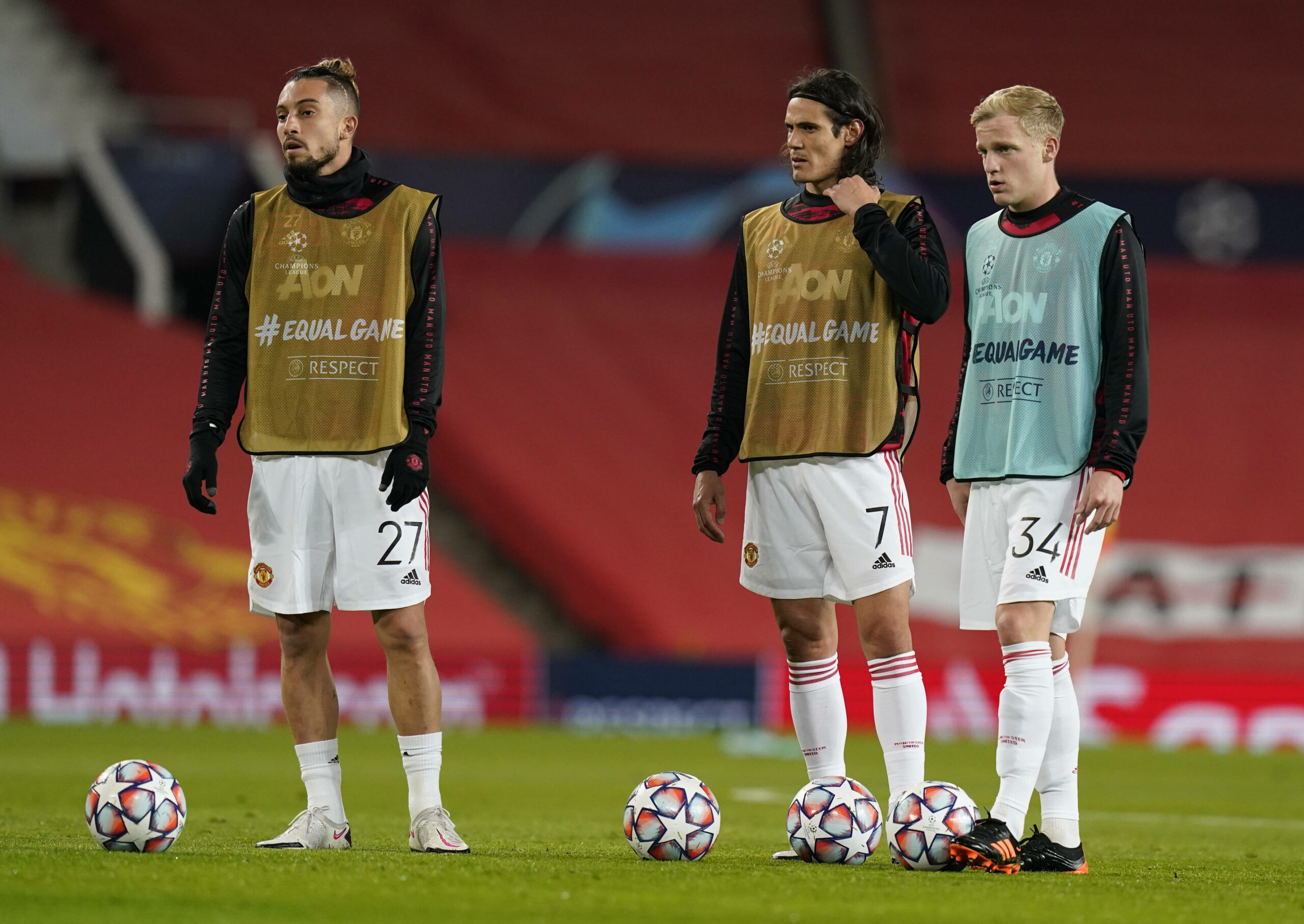 Manchester United have started to devise a market strategy for the upcoming transfer window as the season approaches the final stage.

Ole Gunnar Solskjaer intends to clear the decks to accommodate new arrivals, with United continually linked with some of Europe’s most exciting prospects.

All Solskjaer’s targets will warrant hefty price tags, which will force United to get rid of some of their first-team stars to raise funds for the summer transfer activities.

Four players could be shown the door at the end of the season unless some of them can change the manager’s mind down the final stretch (via Daily Express).

Ever since Solskjaer entrusted Dean Henderson with a regular starting berth between the sticks, David de Gea’s future at Old Trafford has been hanging by a thread.

The Spanish goalkeeper has been an always-present figure for United since arriving from Atletico Madrid in 2011, registering over 430 appearances in all competitions.

However, the 30-year-old has fallen down the pecking order and is reluctant to play second fiddle to his English counterpart.

Despite losing his place in the starting XI, de Gea remains United’s highest-earner on £375,000-a-week, and the club cannot afford such an expensive bench-warmer.

After taking charge of Roma earlier this week, Jose Mourinho is keen to make the Spaniard his marquee summer signing.

De Gea’s jaw-dropping display against Mourinho’s new employers could be his saving grace, as he played a starring role in helping United avoid a massive upset at the Stadio Olimpico.

The 23-year-old centre-back has racked up just two league appearances since the turn of 2021.

Solskjaer favours the likes Harry Maguire, Victor Lindelof and Eric Bailly ahead of the English defender and is ready to offload the youngster in the summer.

After enjoying a stellar two-year stint at Aston Villa, Tuanzebe could return to Midlands to revive his career.

Villa hold the United academy graduate in high esteem and are assessing the possibility of bringing him back in the upcoming transfer window.

United dished out £40 million to sign Donny van de Beek from Ajax in the build-up to the 2020/21 season.

The Dutch midfielder arrived at Old Trafford as one of the hottest prospects in European football but has done too little to live up to that reputation.

Completely overshadowed by Bruno Fernandes, Fred and Paul Pogba, the 23-year-old has struggled to establish himself as a first-team regular under Solskjaer.

Closely monitored by Dortmund, the Netherlands international could part company with United to get his career back on track following a dismal maiden Premier League season.

But van de Beek put up an electric performance in Rome on Thursday, injecting pace and energy into United’s midfield.

Although he still has a long way to go to break into Solskjaer’s starting line-up, the youngster has shown flashes of his vast potential.

Alex Telles is another player who joined the Red Devils last summer and failed to impress Solskjaer.

The 28-year-old’s first season at Old Trafford bears much resemblance to van de Beek, as he has played understudy to Luke Shaw for most of the season.

The Englishman has made the left-back position as his own, surrendering to the Brazilian in just seven Premier League games this term.

Although the ex-Porto man possesses the class and technical qualities required to wear the red shirt, he has not done enough to persuade Solskjaer to play him regularly.

Given Shaw’s outstanding form, Telles’ first-team chances will be hard to come by next season, which could accelerate his departure in the summer.

Juventus and Inter Milan have recently shown interest in the Red Devils misfit.

Telles scored an unfortunate own goal against Roma after coming on as a second-half substitute.

Another disappointing night for the Brazilian may well have been his final European evening for United.