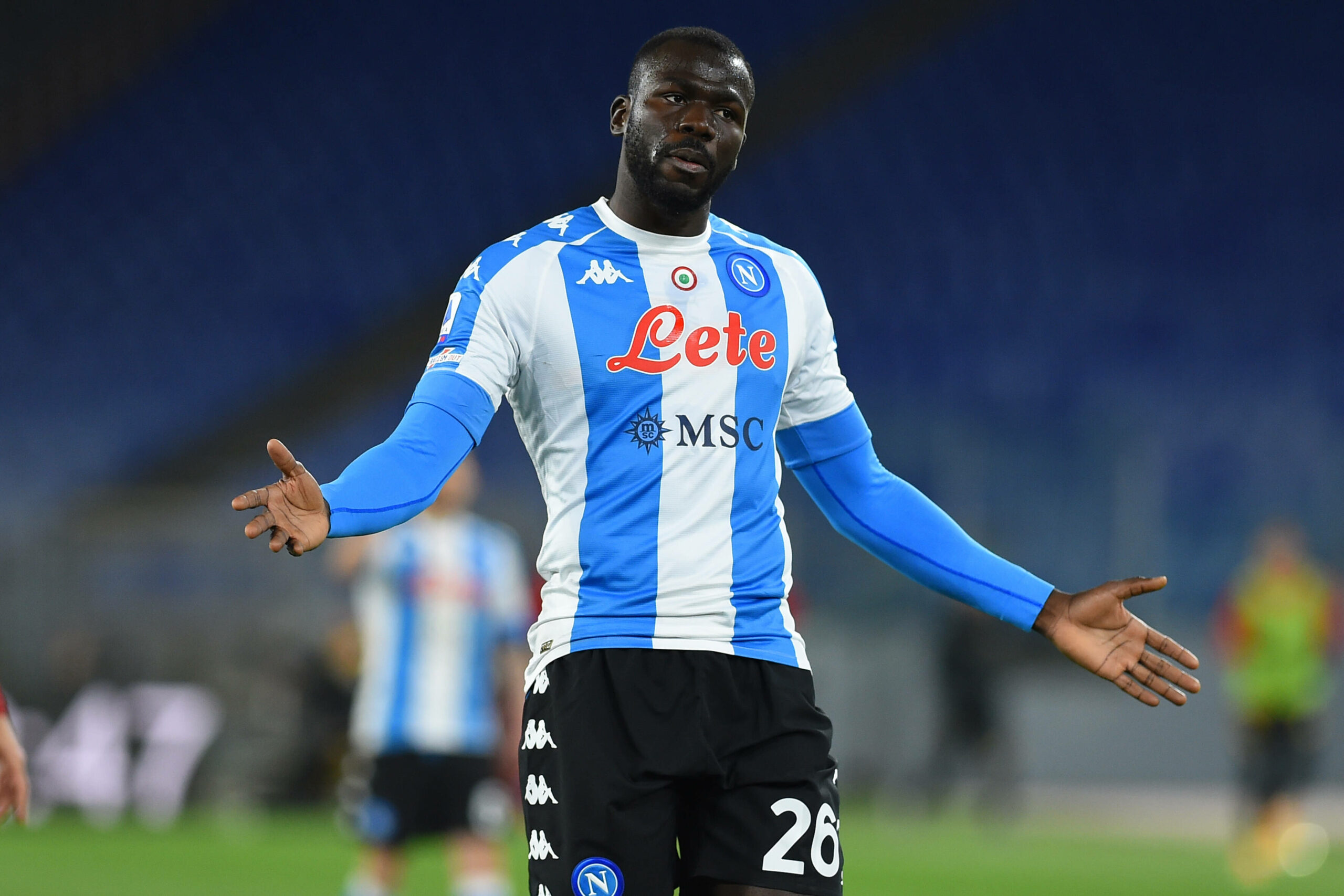 Liverpool are on the verge of defeating Manchester United, Manchester City and Everton in the race for Napoli defender Kalidou Koulibaly.

According to Gazzetta dello Sport and relayed by the Daily Mail, Koulibaly is Jurgen Klopp’s prime target to reinforce Liverpool’s defensive options this summer.

After reportedly making a move for RB Leipzig’s Ibrahima Konate, the reigning Premier League champions have already established contact with Napoli to understand the terms of a potential deal.

One of the most coveted defenders in Serie A, Koulibaly has been the definition of leadership and consistency during his seven-year spell at Napoli.

The 29-year-old has made over 270 competitive appearances for the Partenopei since arriving from Genk in 2014.

However, he has endured a somewhat topsy-turvy season, seeing his progress interrupted by injuries, positive coronavirus tests and suspensions.

After falling out with Napoli owner Aurelio De Laurentiis, Koulibaly could leave the Stadio Diego Armando Maradona at the end of the season.

The Partenopei chief is known for selling his prized assets at the peak of their market value and is ready to showcase his skill again in the summer.

With Napoli facing the possibility of missing out on a top-four finish in Serie A, they may need to offload some of their stars to balance the books ahead of 2021/22.

Why should United try to outmanoeuvre Liverpool in the race?

Until the last summer, Koulibaly’s valuation was approximately £68 million, as he emerged as a transfer target for a host of Europe’s top clubs.

However, with the Senegal captain is approaching the final year of his contract, De Laurentiis will want to avoid the risk of losing his best centre-back for free.

As such, the towering defender will be available for around £42m at the end of the season – a significant markdown on his previous price tag.

United are in desperate need of a reliable defensive option to complement Ole Gunnar Solskjaer’s backline and help to relieve the pressure on Harry Maguire.

The Red Devils are scouring the market for a defensive reinforcement, having laid their eyes on several players, including Konate, Real Madrid’s Raphael Varane and Brighton & Hove Albion’s Ben White.

However, the two Frenchmen will not be easy to get to, while the talented English youngster still has to prove he is not a one-season wonder.

Koulibaly could be a solution for Solskjaer’s problems, as he possesses all the attributes required to improve the Old Trafford defence.

In addition to his tactical awareness and anticipation, he boasts an intimidating aerial presence and is not afraid of going forward.

Despite his robust physique, Koulibaly is a technically gifted defender and often helps to build his team’s play from the back.