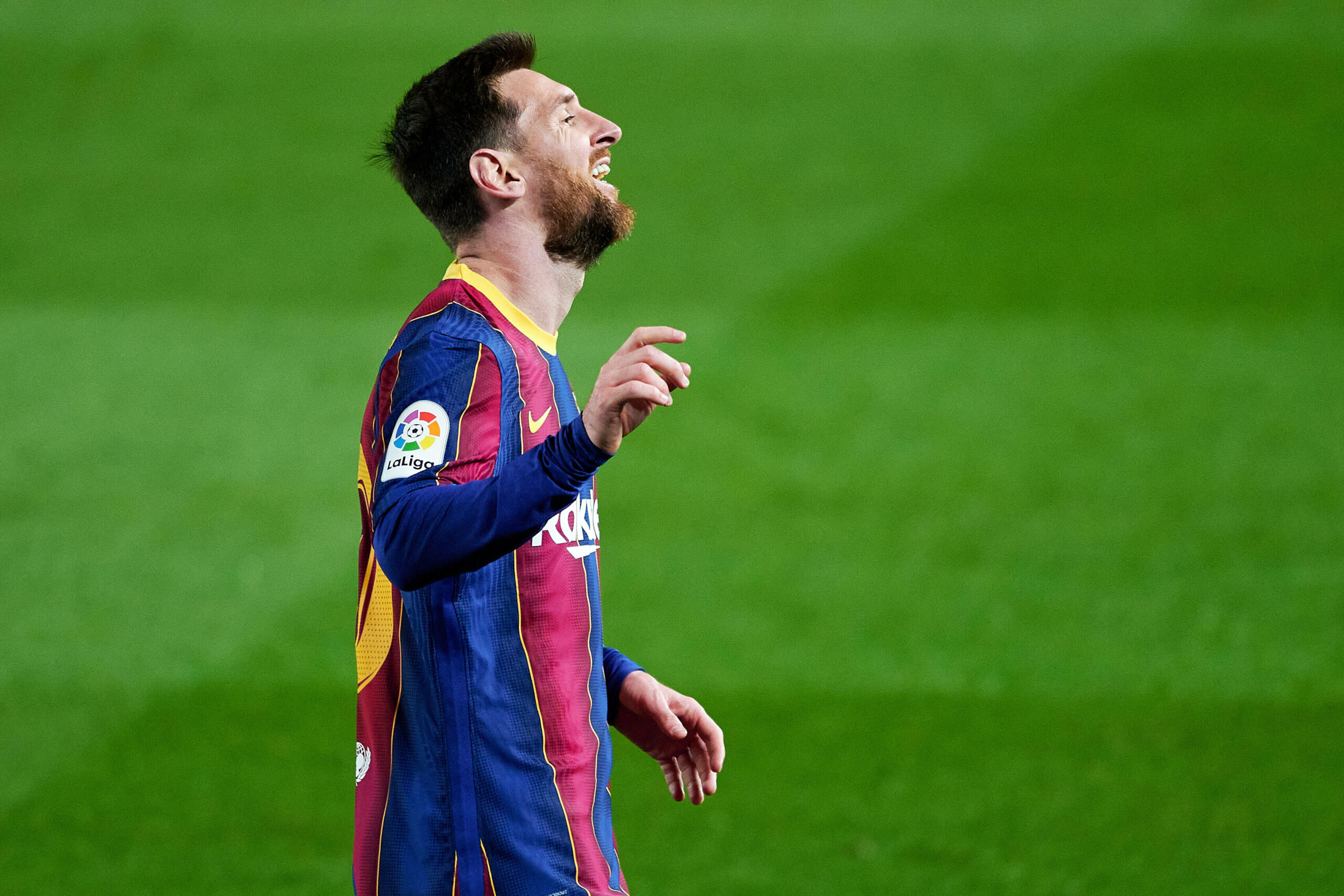 Lionel Messi could be on his way out of Barcelona at the end of the season, with Paris Saint-Germain and Manchester City credited with an interest in the Argentine superstar.

As reported by the Daily Express, the six-time Ballon d’Or winner could complete his long-awaited Camp Nou departure, which could have a devastating impact on United’s transfer plans.

Messi was close to leaving Barcelona last summer before ex-president Josep Maria Bartomeu and the club persuaded Messi to stay on.

However, the 33-year-old’s departure seems imminent on the back of a disappointing Champions League campaign, with Barca’s vanquishers PSG looking to bring the Argentine wizard to France.

Joan Laporta’s appointment at the expense of Bartomeu provides the Catalans with the hope of retaining the world’s best footballer.

But the newly-elected president has to prepare for the worst-case scenario that could see the Rosario native cut short his career in La Liga.

Indeed, there is a veil of mystery surrounding Messi’s future that threatens to compromise United’s attempts to land Borussia Dortmund’s Erling Braut Haaland.

Messi Out – Haaland In

The Spanish powerhouse will focus their energy on bringing the Norwegian dynamo should Messi decide to sever ties with the club in the summer.

Laporta is a known admirer of Haaland and would make the utmost effort to take the 20-year-old to Camp Nou.

Without Messi in the picture, Barca will have a massive goal-scoring void to fill, and the man who has delivered 48 goals in 14 months at the Signal Iduna Park perfectly fits the profile.

The Catalan politician has a healthy relationship with the player’s agent Mino Raiola, which may give the Spaniards a leg-up in a potential transfer tug-of-war.

The Norwegian manager has put his compatriot at the top of his summer shopping list, as United look for a clutch performer to close the gap on Manchester City in the Premier League.

Haaland would be a massive upgrade on Anthony Martial, who has failed to impress in the number nine role.

Additionally, Edinson Cavani is unlikely to remain at Old Trafford beyond the summer.

With the Uruguayan out, United will need a top-notch target man to remain competitive on multiple fronts.

As things stand right now, Haaland’s saga has just begun and will continue to make the headlines until the final days of the summer transfer window.