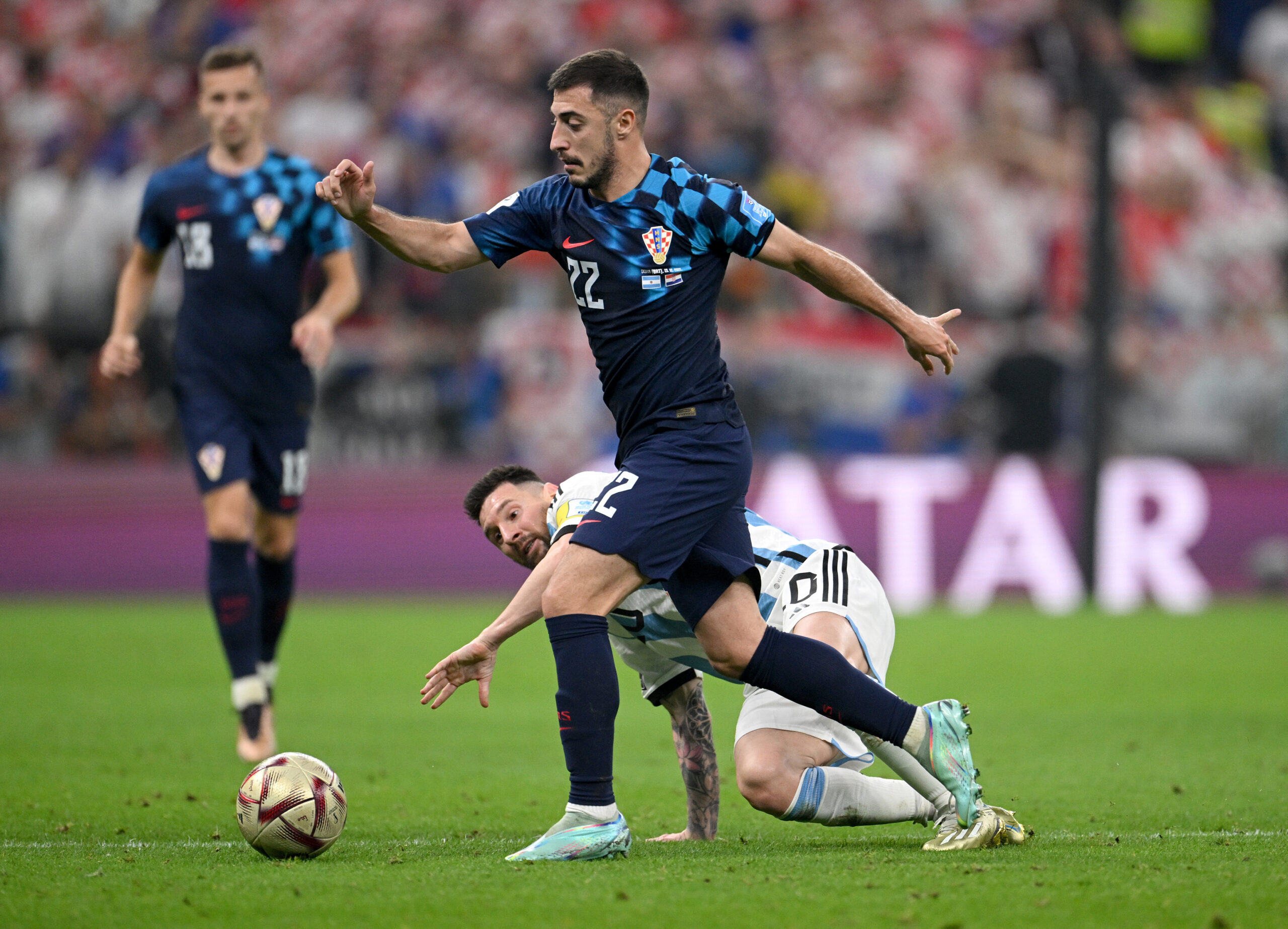 Manchester United have done their due diligence on Celtic ace Josip Juranovic, ahead of a potential January transfer window move to sign him.

That’s according to a report from Sky Sports, who claim Man United signing the Celtic right-back is dependent on whether Erik ten Hag can move on Aaron Wan-Bissaka.

Ten Hag is keen to bolster his right-back department at Old Trafford in the January transfer window. Wan-Bissaka is a very good defender, but he doesn’t influence the game enough inside the final third for a club with United’s ambitions.

And the Red Devils are seemingly on the hunt for a real upgrade on the ex-Crystal Palace man.

Ten Hag is reportedly a big fan of the Croatia international and could lodge a bid for him this month if he gets rid of Wan-Bissaka first.

He was sensational for Croatia during the World Cup. Gary Neville described his performances in Qatar as ‘absolutely brilliant’. Juranovic has also been a really solid performer for Celtic this season.

The 27-year-old is incredibly quick along the ground, is tenacious in the tackle, and is apt at bombing up and down the right flank.

Juranovic is as good at defending as Wan-Bissaka, but he’s much better going forward. The only question is whether Man United will be prepared to meet Celtic’s valuation of the defender.

The Daily Mail have claimed that the Scottish giants will demand around £7 million for the Croatian. That seems like excellent value.

If United sign Juranovic in the January transfer window, they will be much stronger as a result.