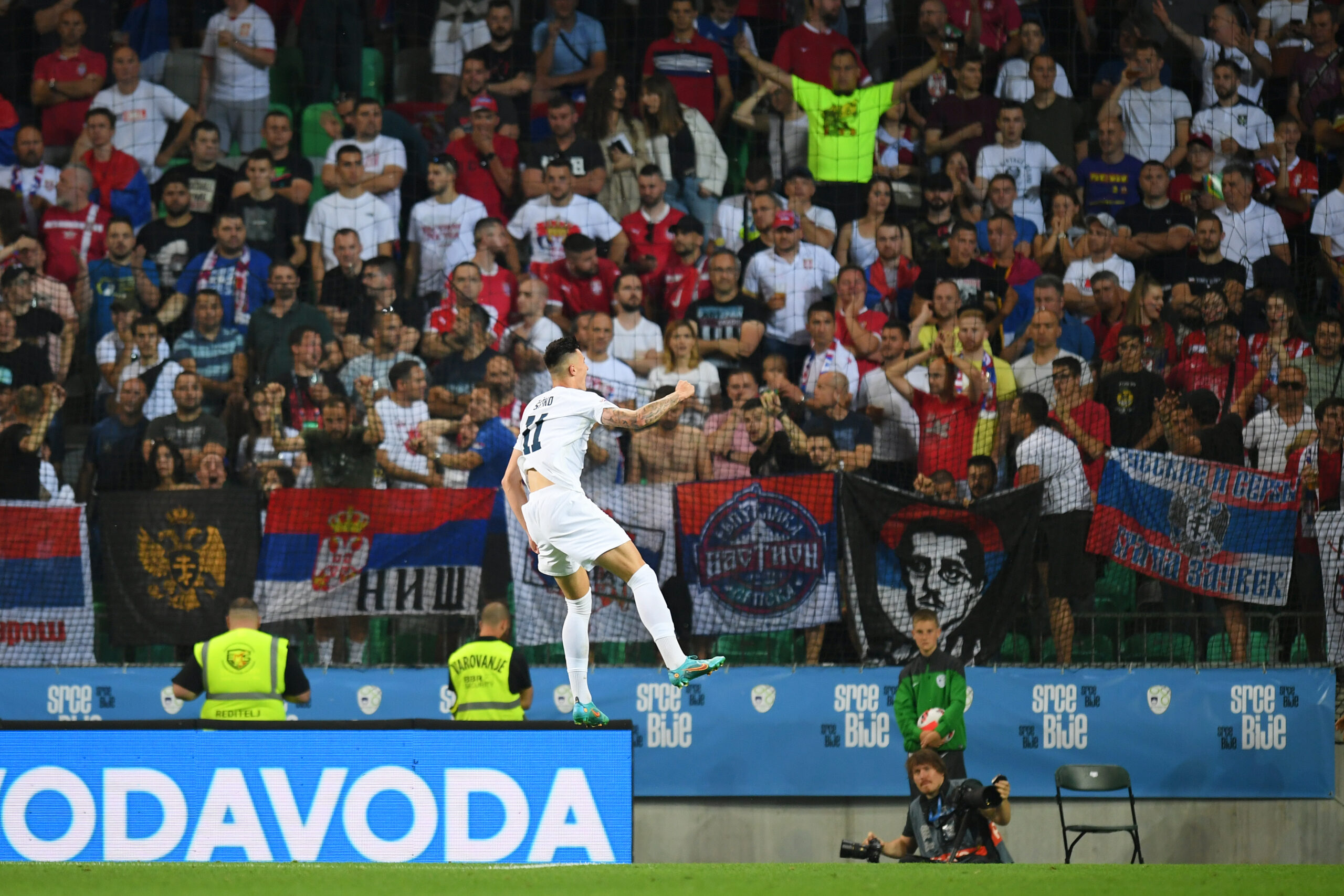 Manchester United could be ready to pay £55 million to secure the signing of RB Salzburg striker Benjamin Sesko this summer.

That’s according to a report from Sport Klub who claim that Manchester United could pay the £55 million that RB Salzburg want for the 19-year-old before loaning him back to the Austrian club.

Signing a top-class centre-forward will be one of the main priorities for United boss Erik ten Hag this summer. Cristiano Ronaldo’s future at Old Trafford looks very uncertain indeed at the moment.

And if Ten Hag has any chance of making genuine progress at Manchester United, he needs to make signings for the future and not just the here and now. In fairness to the Dutchman, it seems as though that’s exactly what he has in mind…

Sport Klub reckon that despite RB Salzburg’s recent social media activity regarding Sesko, they would in fact be open to selling the talented teen for £55 million this summer. United are allegedly prepared to meet those demands, before loaning him back to the Austrian side for the 2022/23 season.

If Manchester United get their man, he will become the seventh biggest signing of all-time at Old Trafford behind only Paul Pogba, Harry Maguire, Jadon Sancho, Romelu Lukaku, Angel Di Maria and Bruno Fernandes.

The 19-year-old forward has been described as a ‘supernatural talent’ by Sport Bible. And they’re not wrong…he really is a sensational young player.

The teenager’s infectious energy, stamina, determination and drive would add so much to Ten Hag’s ranks at Old Trafford. He would certainly suit the Dutchman’s playing style and set up more than Ronaldo does.

However, much will depend on whether Salzburg actually decide to cash in or not this summer. One thing’s for sure, Manchester United should be going all out to sign Benjamin Sesko…he’s that good.