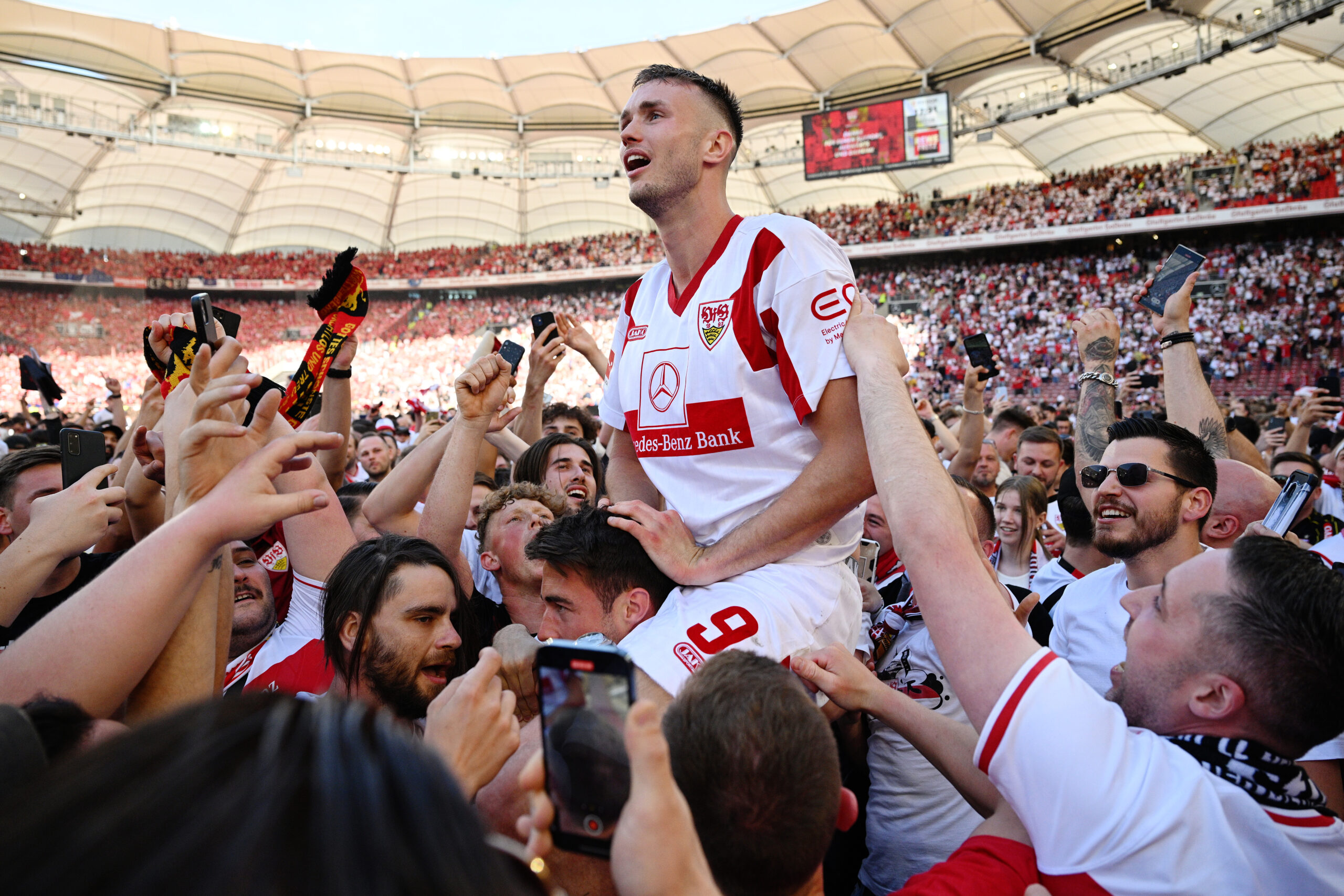 Manchester United will have to pay €25 million (£21.1m) if they want to sign Stuttgart striker Sasa Kalajdzic this summer.

That’s according to Sky Germany reporter Florian Plettenberg who claims that United are still yet to make an official offer for the 25-year-old.

Cristiano Ronaldo’s future remains up in the air whilst the jury is still very much out on Anthony Martial and Marcus Rashford.

It seems as though Ten Hag could solve his centre-forward ranks for a very reasonable fee this summer.

Plettenberg reckons that Stuttgart will demand around £21.1m for the giant forward:

What a superb addition Kalajdzic would be to Ten Hag’s ranks at Old Trafford. He stands at 6ft 7in tall and he is obviously brilliant in the air.

Don’t let his height fool you though – he’s far from a one-trick pony. The Austrian possesses exceptional technical ability and is also a very good finisher.

Kalajdzic has bagged 36 goals and 21 assists in 92 career games to date and has been capped 13 times by his country. He missed most of last season due to a serious shoulder injury but still bagged six goals and two assists in 15 Bundesliga outings.

Kalajdzic joining the Red Devils would make Ten Hag’s side a real threat in the final third this season. We think that Kalajdzic could be a very useful addition for United, especially if Ten Hag signs him for somewhere in the region of £20m

Kalajdzic would provide United with a great focal point to their attacking play. He would certainly provide Ten Hag with a completely different option through the middle.

Dietmar Hamann once labelled the Stuttgart ace as a ‘Peter Crouch’ type striker, when speaking on talkSPORT (May 11, 9.00 am).