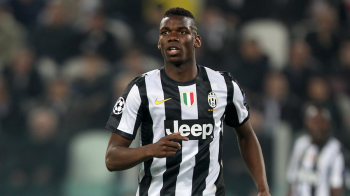 Barcelona were looking at the option of signing Juventus star Paul Pogba, according to the Catalan club’s international adviser Ariedo Braida. The La Liga ended their interest in signing the talented midfielder due to the player’s hefty price tag.

The France international has been a star player for the Old Lady, since joining them on a free transfer from Manchester United in 2012. He has won four Serie A titles in his four seasons, along with other silverwares.

Pogba has also been a regular for his country and was a part of France squad that lost to Portugal in the Euro 2016 final. His form for both club and his national side has seen him attract interest from top clubs across Europe.

Barcelona were one of those clubs keen on landing the Pogba, along with their league rivals Real Madrid and Premier League giants Manchester United. However, it Jose Mourinho’s side who are now leading the race in signing him.

The Red Devils are believed to have agreed personal terms with the Frenchman and are ready to pay a world-record fee of £100 million for Juventus star, according to The Daily Mail. Braida suggested the finances associated with Pogba’s transfer was not viable for Barcelona.

“Clearly when you talk about figures that go over €100m, you need to reflect on them,” Braida told Canale 21.

“It all comes down to the TV rights that brought in a lot of money and completely changed the logic of the transfer market. Clearly all players are overrated to some degree or another at this stage.

“We know Pogba, he is a player who proved to be very strong and, for a while, Barcelona were interested, but clearly the dynamics changed and once the figures reached a certain point, we were no longer interested.

“It’s hard to keep up at some stage, because you don’t only have to consider the price of the transfer fee, but also the player’s salary. Over the course of five years, that can amount to tens of millions.”