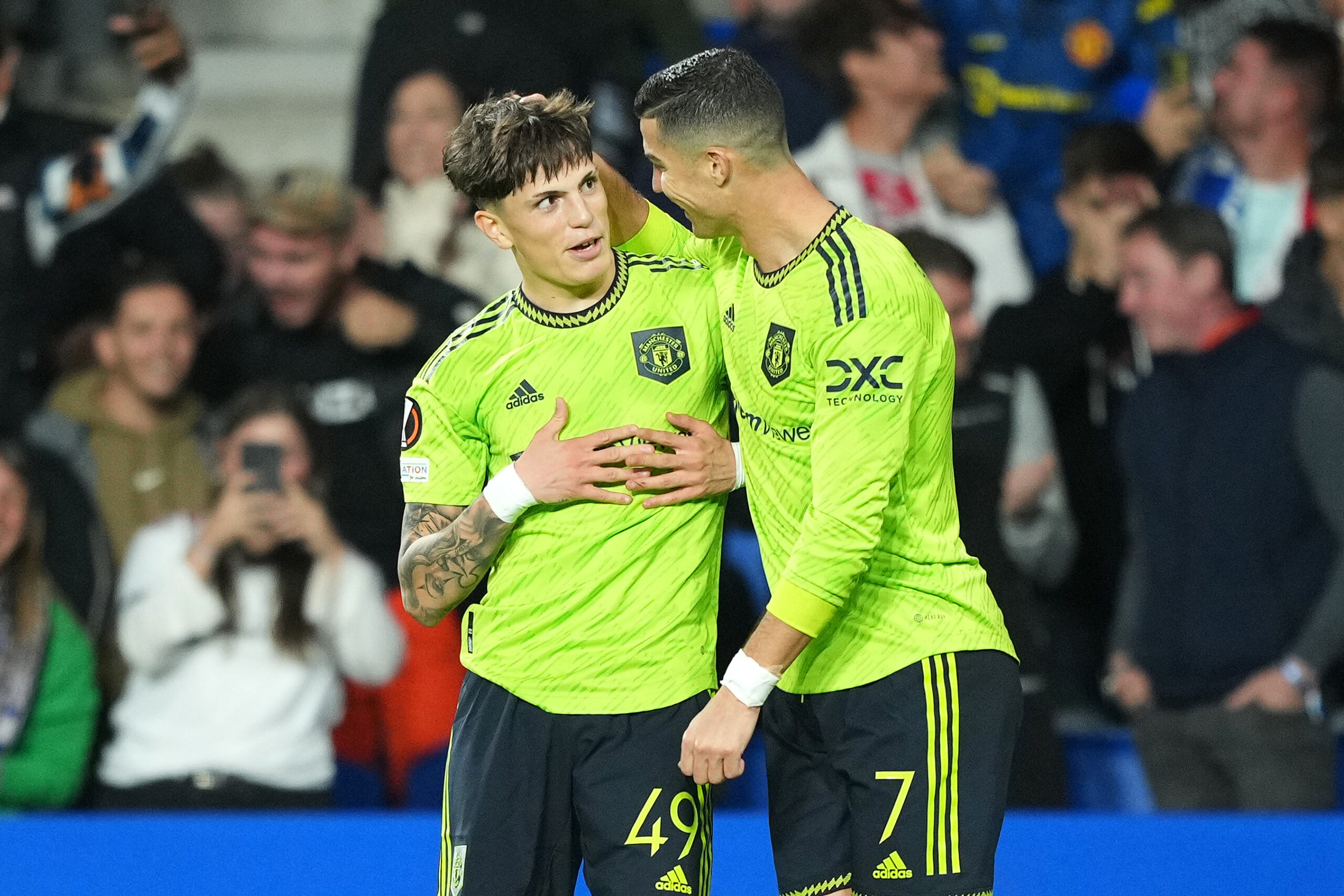 The Red Devils must now play a two-legged play-off against a third-placed Champions League team for a place in the last 16.

Erik ten Hag made three changes to the side that won against West Ham United last weekend.

Sociedad saw more of the ball at the start but Garnacho’s magnificent finish helped United get their first goal in the 17th minute.

United knew that they needed to win with a two-goal margin to finish top of the group.

Ten Hag used some bewildering tactics in the game to gain an upper hand but the players just didn’t do enough to get the desired result.

Here are our three talking points from this clash.

Alejandro Garnacho gets his dream goal!

Garnacho started the game brightly and was rewarded with his first United goal. A David de Gea long-kick found Bruno Fernandes, who headed it smartly to Cristiano Ronaldo.

The veteran placed a perfectly weighted pass on Garnacho’s path, who showed exemplary composure to fire the ball into the net.

The 18-year-old could have only fantasised that his first senior goal would be created by his idol Ronaldo.

The youngster is a promising talent and Ten Hag needs to nurture him.

Van de Beek has been on the injury table for most of the season. He was surprisingly named in the starting XI by the manager, and that too in a game where United had to be at their best in the final third.

He looked like a passenger, not offering much to the team. His rusty performance showed that the manager made the wrong call to hand him his first start of the season in this pivotal clash.

This was not the only baffling call made by him tonight. He brought on Scott McTominay and Harry Maguire when United needed the second goal desperately.

However, the most shocking tactic was to use Maguire as a strike partner for Ronaldo. No one could have imagined United utilising a strike duo of Ronaldo and Maguire.

Going to back-three forced Diogo Dalot and Luke Shaw to tuck into their own half. This prevented the duo from venturing forward and contributing in attack, something they have flourished at.

What does it mean for Manchester United?

Failure to win this game with a two-goal margin means the Red Devils will have to play a tough play-off to march into the final 16 of the European tournament.

The two legs will be played in February, which will be a congested period for the Premier League giants.

Due to the World Cup schedule this year, games are already squeezed into a tight schedule. Playing two more intense games in a busy period with a trimmed squad is not ideal for United.

However, this was a good result for United. They were forced into tactical and personnel changes but still won through a mix of good defending, great goalkeeping and an excellent goal.

This United team is difficult to beat, which you could have said about them at the start of the season.

Ten Hag needs reinforcements if United are to win the Europa League, but at least he’s made his case that he deserves to be backed in the transfer market.