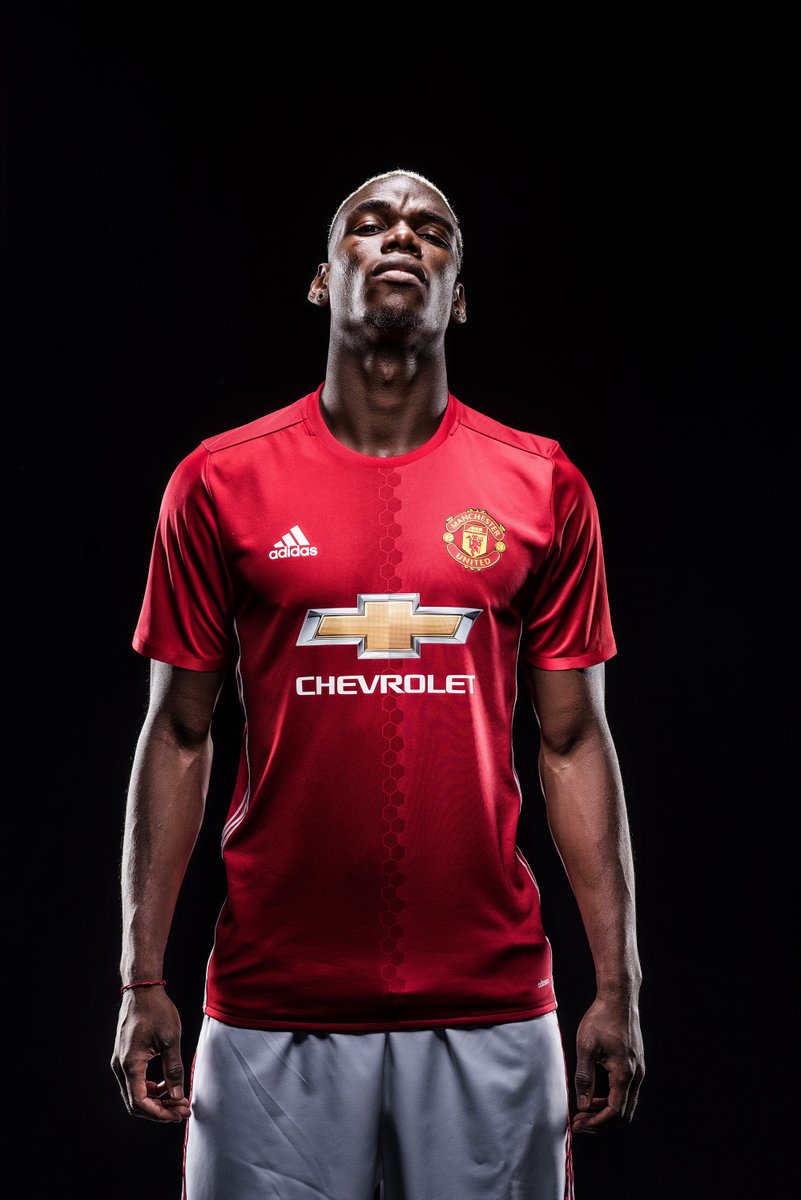 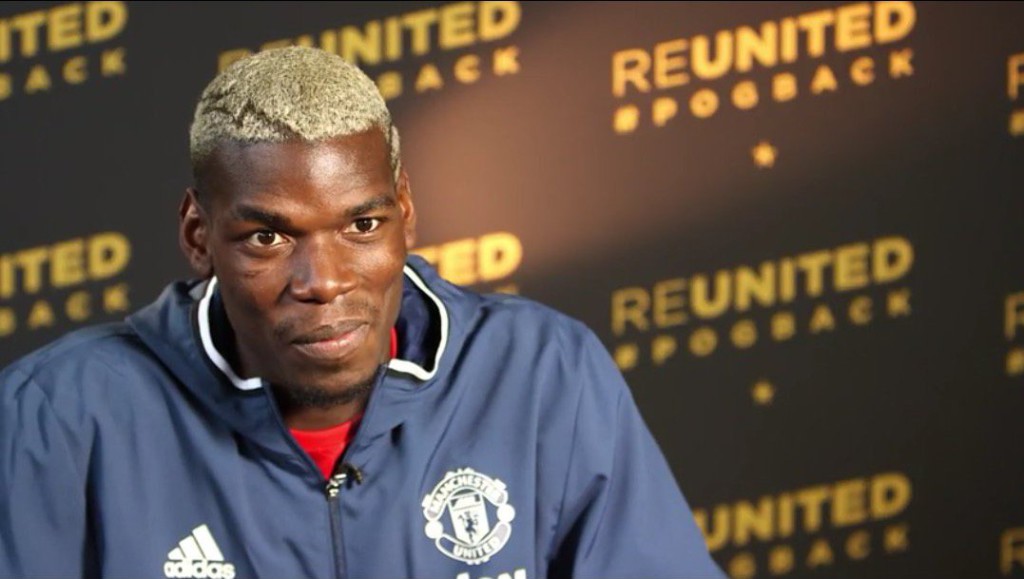 Manchester United have confirmed they have completed the signing of 23-year-old Paul Pogba in a world record fee on Monday.

The official club statement is: ”Manchester United is delighted to announce that Paul Pogba has completed his transfer from Italian club Juventus. Paul joins on a five-year contract, with the option to extend for a further year.”

Official contract agreed between United, Juventus &  Pogba for €105m plus €5m in bonuses. According to The Telegraph, Pogba fee is €105million and €5million are add-on  bonuses.

Here is the official Juventus Statement: 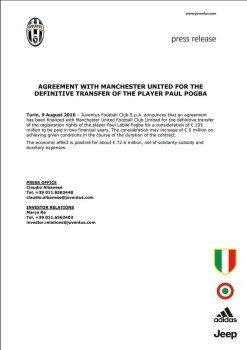 Pogba left United and joined Juventus as a free agent in the summer of 2012. In Italy, he established himself as one of the best midfielders in the Europe and his form has seen him attract interest from top clubs across Europe. Real Madrid were also interested in signing him, according to the Express.

However, it is the Red Devils who won the race for the France international’s signature and the star midfielder has revealed exactly why he has chosen to rejoin his former club this summer.

“I am delighted to rejoin United. It has always been a club with a special place in my heart and I am really looking forward to working with José Mourinho,” Pogba told United’s official website.

”I have thoroughly enjoyed my time at Juventus and have some fantastic memories of a great club with players that I count as friends. But I feel the time is right to go back to Old Trafford.”

”I always enjoyed playing in front of the fans and can’t wait to make my contribution to the team. This is the right club for me to achieve everything I hope to in the game.” – cited Pogba as the reason for joining the Manchester club.