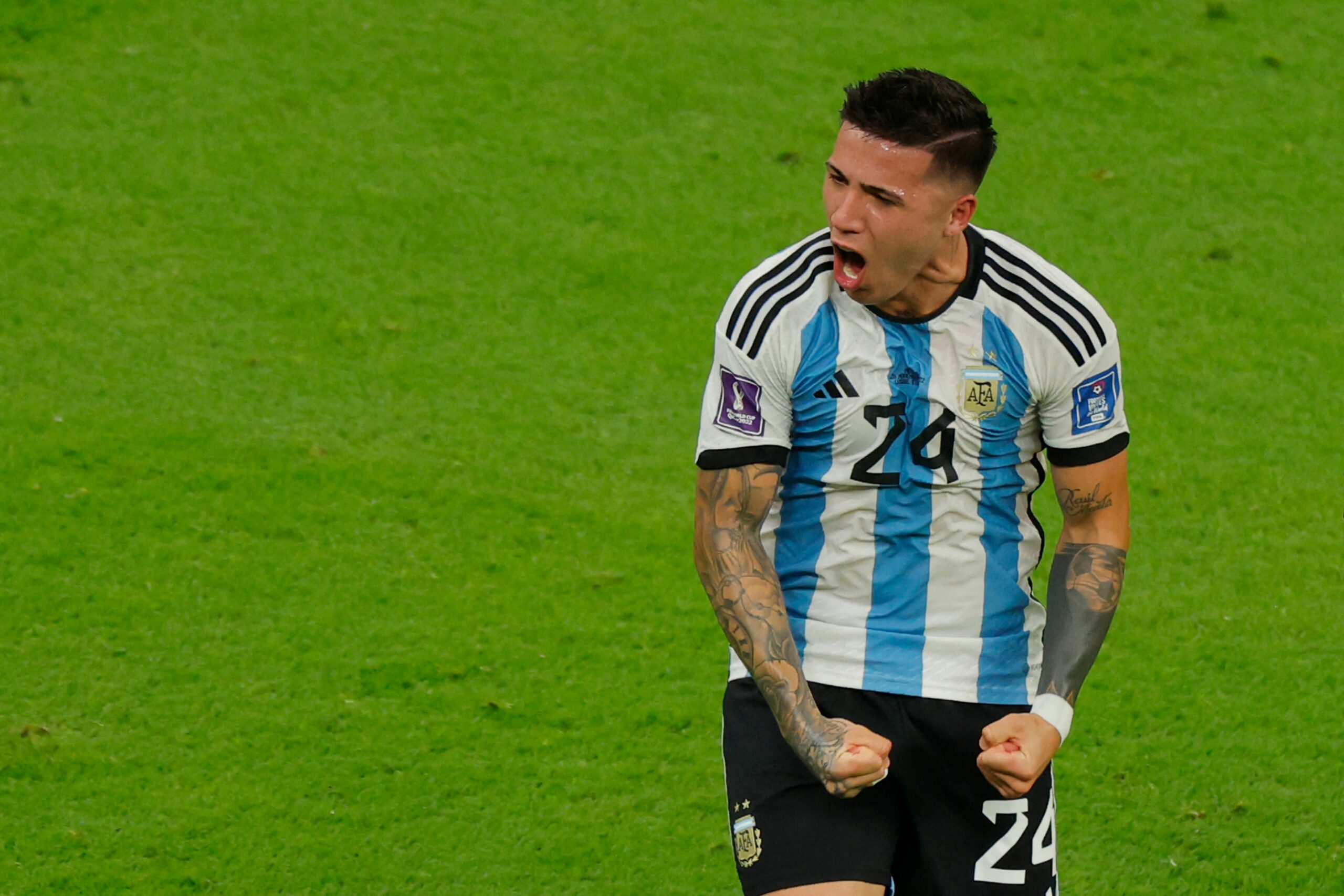 The Argentine signed for Benfica from River Plate for €12 million in the summer, and he has since been a revelation for them with three goals and five assists from 24 appearances.

The 21-year-old has also made his mark for his country. The midfielder recently scored with a terrific curling effort as Argentina registered a 2-0 World Cup win over Mexico.

Hence, there are no surprises that he is attracting plenty of high-profile interest. Barcelona and United are already looking at him and they have now been joined by Carlo Ancelotti’s side.

Benfica have no plans of selling their prized asset midway through the season, and it is claimed that any interested club would have to trigger the €120m release clause on his contract.

Fernandez was on United’s radar in May. They watched him on a few occasions but were beaten to his signature by Benfica, who were ready to hand him regular first-team football.

The youngster has since excelled playing in different roles. He has operated in both the defensive and central midfield positions and has been one of Benfica’s best performers.

Aside from his goal involvements, the Argentine has also caught the eye with his defensive contributions for his club. He has averaged two tackles and one interception per game.

Fernandez has also completed over 90 per cent of his passes. There has been much talk of Jude Bellingham’s progress at Dortmund, but Fernandez is another prodigious talent.

United could have signed him for a bargain fee in the summer transfer window, but they will now need to make a huge outlay to convince the Benfica to sell him in the future.

No club will spend that much during the winter transfer window and Fernandez could make his big-money move away from the Estadio da Luz at the end of the campaign.

With interest from Madrid and Barcelona, United’s chances of landing Fernandez seem difficult. Champions League football could be key to luring the midfield sensation.