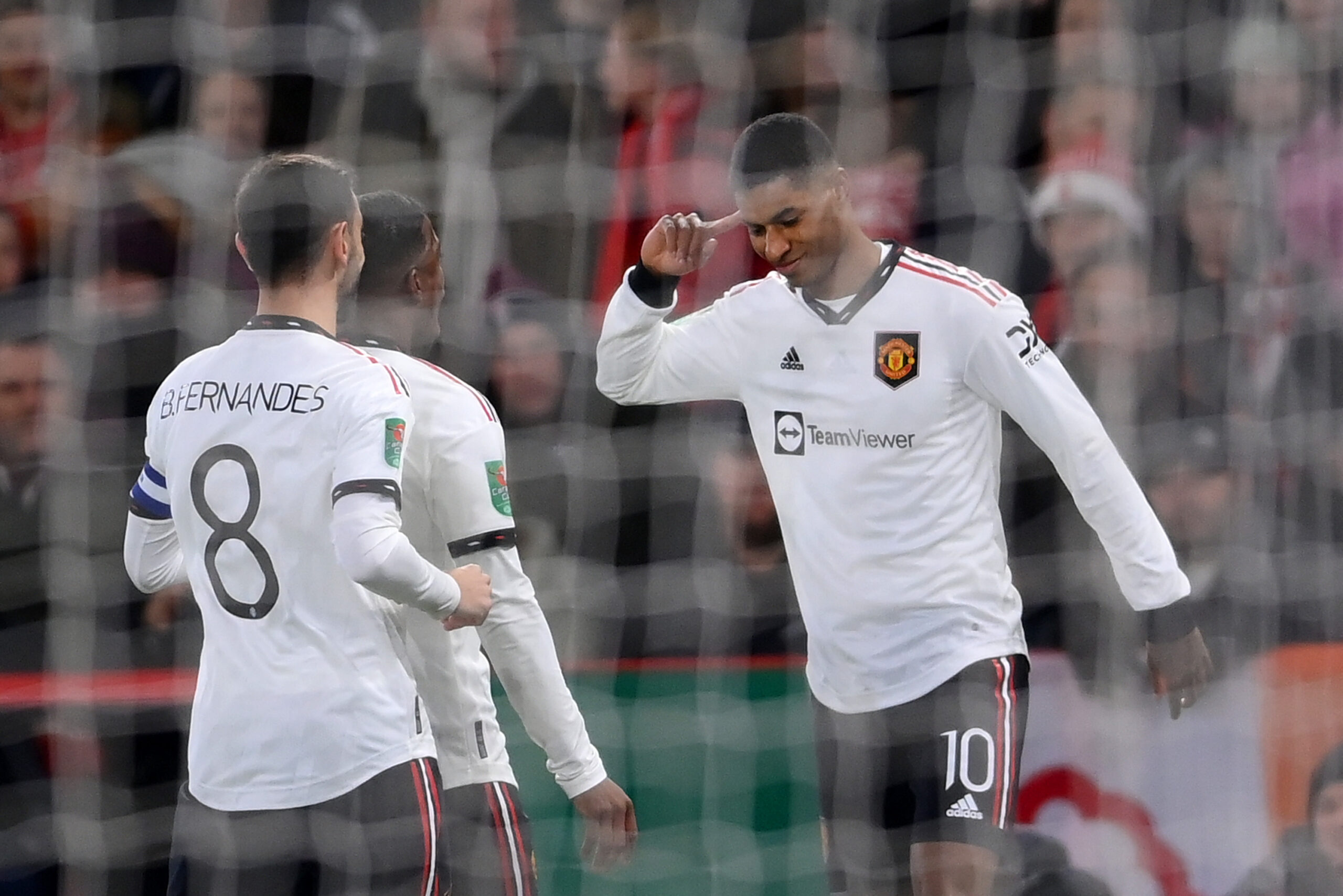 Marcus Rashford is currently in the form of his life for Manchester United.

It took only six minutes for the 25-year-old to smash his first goal against Nottingham Forest in the first leg of the Carabao Cup semi-final last night.

He accelerated forward after taking the ball from his own half and smashed it past the goalkeeper.

The Tricky Trees made a good comeback and looked to have restored parity through Sam Surridge. However, the 24-year-old’s strike was ruled out for offside after a VAR check.

On the stroke of half-time, Steve Cooper’s side suffered another blow as Wout Weghorst notched his first goal by firing into the roof of the net on the rebound.

United almost guaranteed their progress to the Carabao Cup final at Wembley Stadium after Bruno Fernandes added a late third.

Rashford in the form of his life

Rashford’s future at Old Trafford looked uncertain after he endured a disappointing 2021-22 season. He netted only five times in 32 appearances across all competitions last term.

The England international was linked with a move to Paris Saint-Germain, who were prepared to offer him a huge contract.

However, he doesn’t look to be going anywhere now as he is in talks with the Red Devils over a new five-year deal.

Rashford has been enjoying an excellent season, registering 18 goals in 29 appearances in all competitions.

He was in splendid form on Wednesday as he continued his scoring streak at the City Ground. The 25-year-old had 32 touches and two shots on target.

Rashford has become an integral part of United’s first team and could be the difference-maker in their quest for silverware this season.