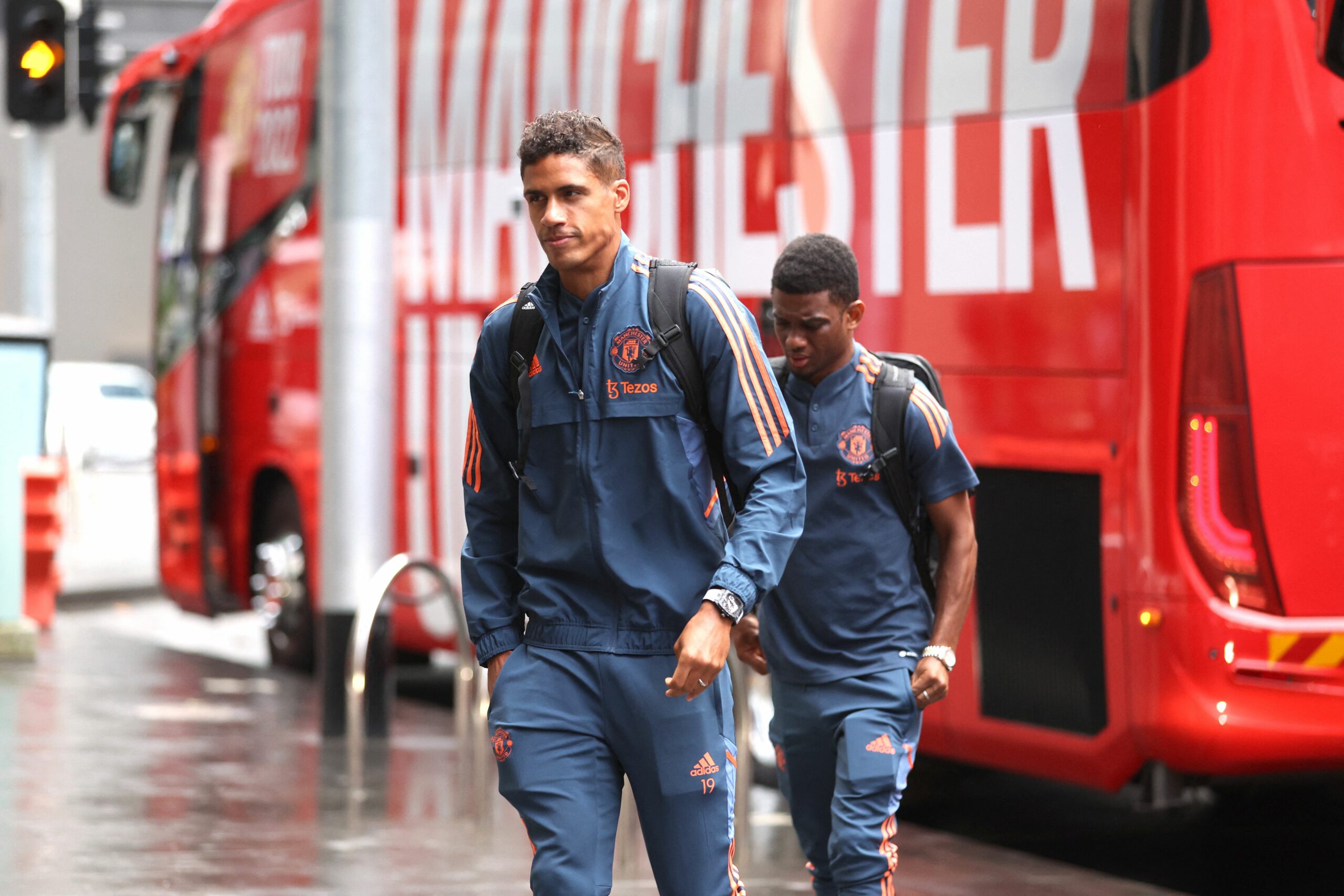 Manchester United defender Raphael Varane has said that the players are absolutely clear over the playing style under new manager Erik ten Hag.

The Red Devils opened their pre-season campaign with a convincing 4-0 win over Liverpool at the Rajamangala Stadium in Thailand yesterday.

Varane played through the opening half of the friendly, and speaking after the game, he acknowledged that there is plenty of work to be done.

While the first batch of players have had over two weeks of training under Ten Hag, the Frenchman acknowledged that they need to work harder.

The World Cup winner believes the squad have to improve in everything such that they can adapt to the very physical style of play for next season.

He told Sky Sports: “We know exactly how we want to play. The manager explained very well what we have to do and it’s absolutely clear.”

“I think we know exactly what we have to do – we have to improve in everything. We tried to keep the ball in possession and we tried to press very high on the pitch, so this is a very physical style.

“That’s why we know we have to work very hard in training sessions and we try to be ready.”

Meanwhile, when pressed on David de Gea’s new sweeper-keeper role, Varane accepted that there is the onus on the backline to be more active and make forward passes when possible.

He added: “Yes, exactly. We try, as I say, to keep the ball in possession, to play very fast and play forward when it’s possible. So, yeah, we enjoy to play like this and we try to improve and to get fit.”

United passed their first exhibition under Ten Hag with flying colours yesterday, but we should not overestimate the result, given Liverpool played with three teams over 90 minutes.

Other than that, the Merseyside outfit are also behind schedule in terms of pre-season training, and Ten Hag rightly emphasised that the win over Jurgen Klopp’s side can’t be overly looked at.

There were still plenty of positives to carry forward. De Gea was right in the thick of things with a few early saves, but also impressed with several sweeping actions while delivering quality long balls.

It was a completely different sight of him. The Spaniard has generally been rooted to his spot. In recent years, he has rarely come off his line to make high claims while also struggling to distribute efficiently.

De Gea very well knows that he must improve on his ability to play out from the back. He picked up a minor knock yesterday in doing so. Hopefully, he will be fit for the Melbourne Victory game.