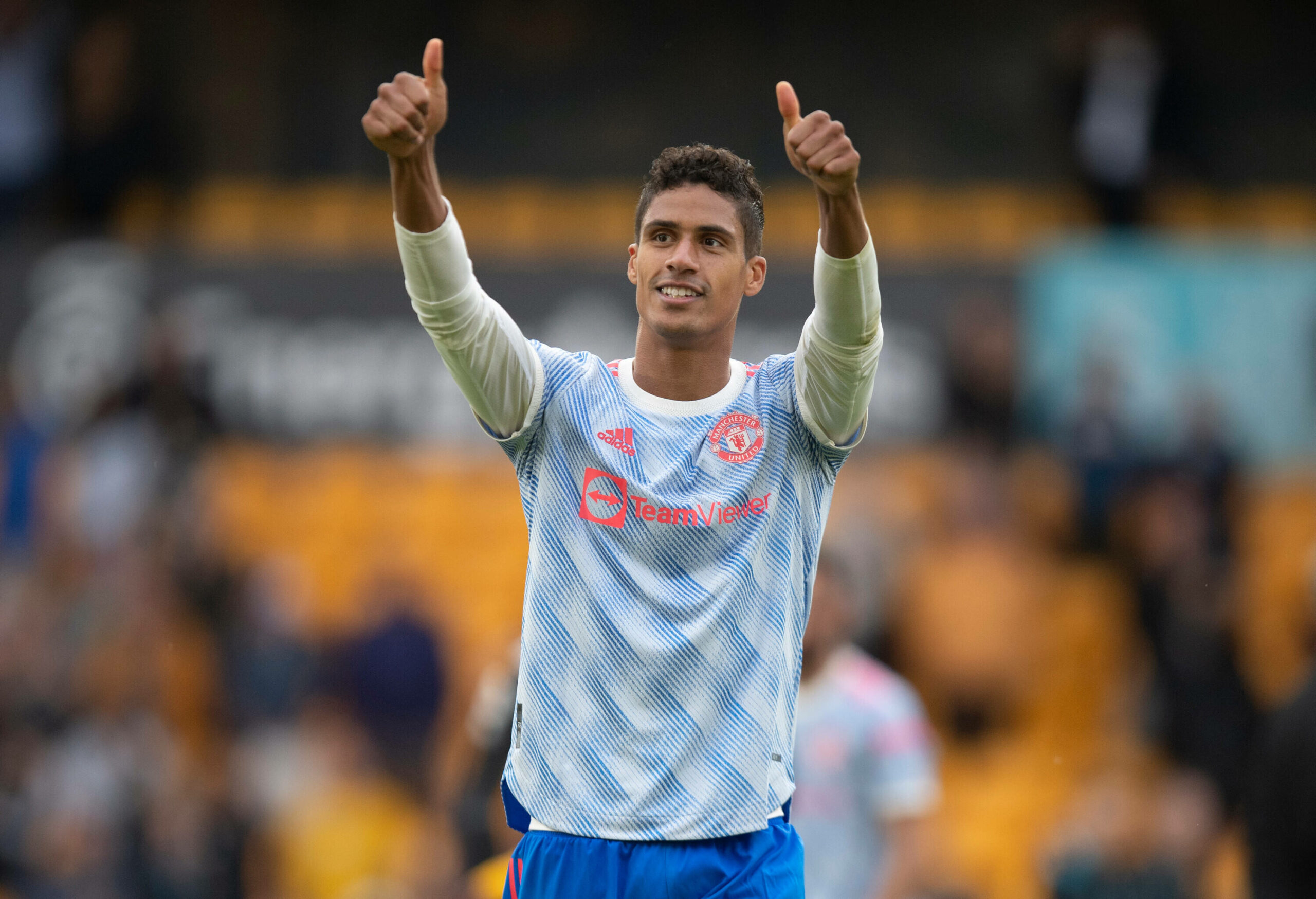 Summer signing Raphael Varane is excited about the prospect of a reunion with his old comrade Cristiano Ronaldo at Manchester United.

After helping the Red Devils shut Wolverhampton Wanderers out in his first-ever Premier League outing, the 28-year-old has heaped praise on the club’s decision to bring his ex-Real Madrid teammate back to Old Trafford.

Asked about his view of Ronaldo’s blockbuster return to United, Varane replied (via the club’s official website): “I am very happy. He’s a legend, and all players can learn when you play with him.

“It’s a great help for all players, for all young players, and of course he never stops scoring goals, so he will help the team.”

Varane, who was unveiled to the Theatre of Dreams faithful ahead of United’s 5-1 thrashing of Leeds United on the opening weekend, made his debut at Molineux on Sunday.

In addition to contributing to his side’s first clean sheet of the season, the France international assisted Mason Greenwood for United’s late winner.

The Red Devils are now on the verge of reuniting the highly-rated centre-back with his former Madrid teammate Ronaldo, who is returning to England after a 13-year absence.

United will soon make the 36-year-old their marquee summer signing as part of the club’s efforts to mount a serious title challenge in the Premier League this term.

Varane and Ronaldo share some pleasant memories from their eight-year stint together at the Santiago Bernabeu, which went down as one of the most successful periods in Madrid’s history.

The pair won four Champions League titles with Los Merengues, including an unprecedented three in a row under Zinedine Zidane’s stewardship.

They should bring that experience and much-needed winning mentality to this juvenile Ole Gunnar Solskjaer’s team and help United lift their first Premier League title in the post-Sir Alex Ferguson era.