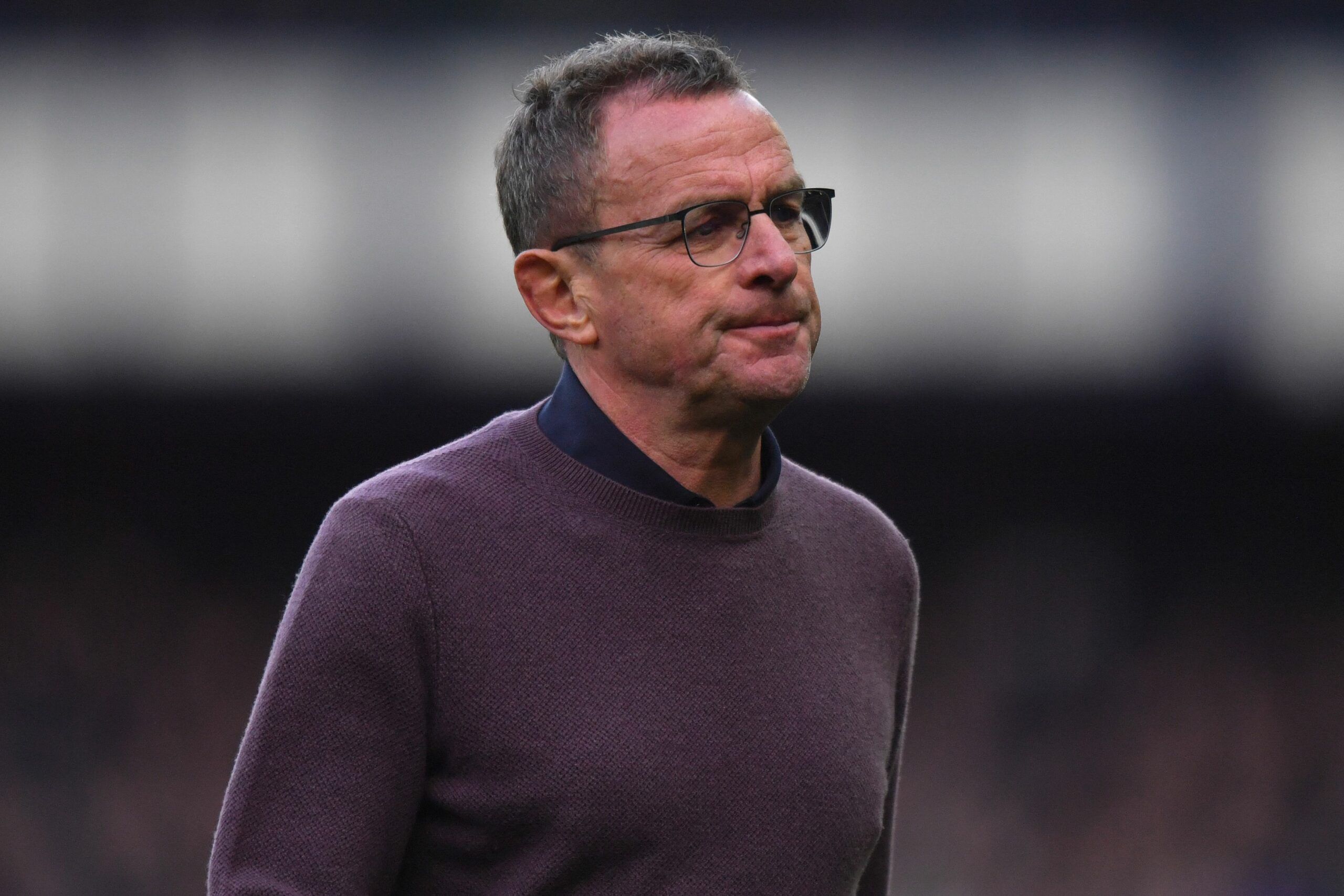 Manchester United’s interim boss Ralf Rangnick has confirmed that the hierarchy did not back him with funds to bolster the attack during the January transfer window.

The Red Devils were alive in three competitions in January. There was the anticipation that there could be a late winter purchase with Anthony Martial loaned out and Mason Greenwood being suspended.

However, nothing materialised before the transfer deadline on January 31. The board made the decision to block Jesse Lingard’s temporary exit to compensate for the loan departure of Martial to Sevilla.

The decision has not proved worthwhile with Lingard being completely out-of-favour under Rangnick. The German tactician has now disclosed that the board said ‘No’ to his request to strengthen the attack.

When pressed about possible names on his list, the 63-year-old said that he had his sights on Liverpool’s Luis Diaz, Manchester City’s Julian Alvarez and Juventus’ Dusan Vlahovic, all of whom switched clubs in January.

He told reporters via The Guardian: “The answer at the time was: No, there is no player on the market that can really help us. There were a few: Díaz who is now at Liverpool, Álvarez who will be at Man City in the summer, Vlahovic, who at the time was with Fiorentina.”

“So those are just three of them that come across my mind now. The answer was no and that was it. We were still in three competitions: the FA Cup, the Champions League, at the time were fourth in the league.

“I spoke to the board and told them: ‘Shouldn’t we at least speak and analyse and find if we can at least get a player, on loan or a permanent deal?

“In the end the answer was no. Maybe they didn’t want to do any winter [business]. Forty-eight hours is 48 hours. It might have been at least worth to try and internally discuss it. We didn’t.”

United’s board were reluctant to back Rangnick in January due to his temporary stint. The hierarchy were willing to wait for the appointment of a permanent manager before negotiating deals.

The decision has cost United a Champions League spot this term. Cristiano Ronaldo has had a good homecoming season with 24 goals, but the Portuguese had a difficult beginning to the year.

He could barely find the back of the net for the first few months, and this coincided with the club’s poor run of form with his teammates also struggling to find the consistency in the final third.

A signing of Diaz or Vlahovic’s calibre would have greatly influenced the club’s performances. Diaz has four goals and three assists from 20 outings for Liverpool, and has also created key chances.

Vlahovic has likewise had an immediate impact for Juventus after his move from Fiorentina. His tally of six Serie A goals since February have been key to the Bianconeri’s finish in the top four.

While the duo have not made significant contributions. They have provided the cutting edge in attack for their respective clubs that United have lacked this year when Ronaldo has had off games.