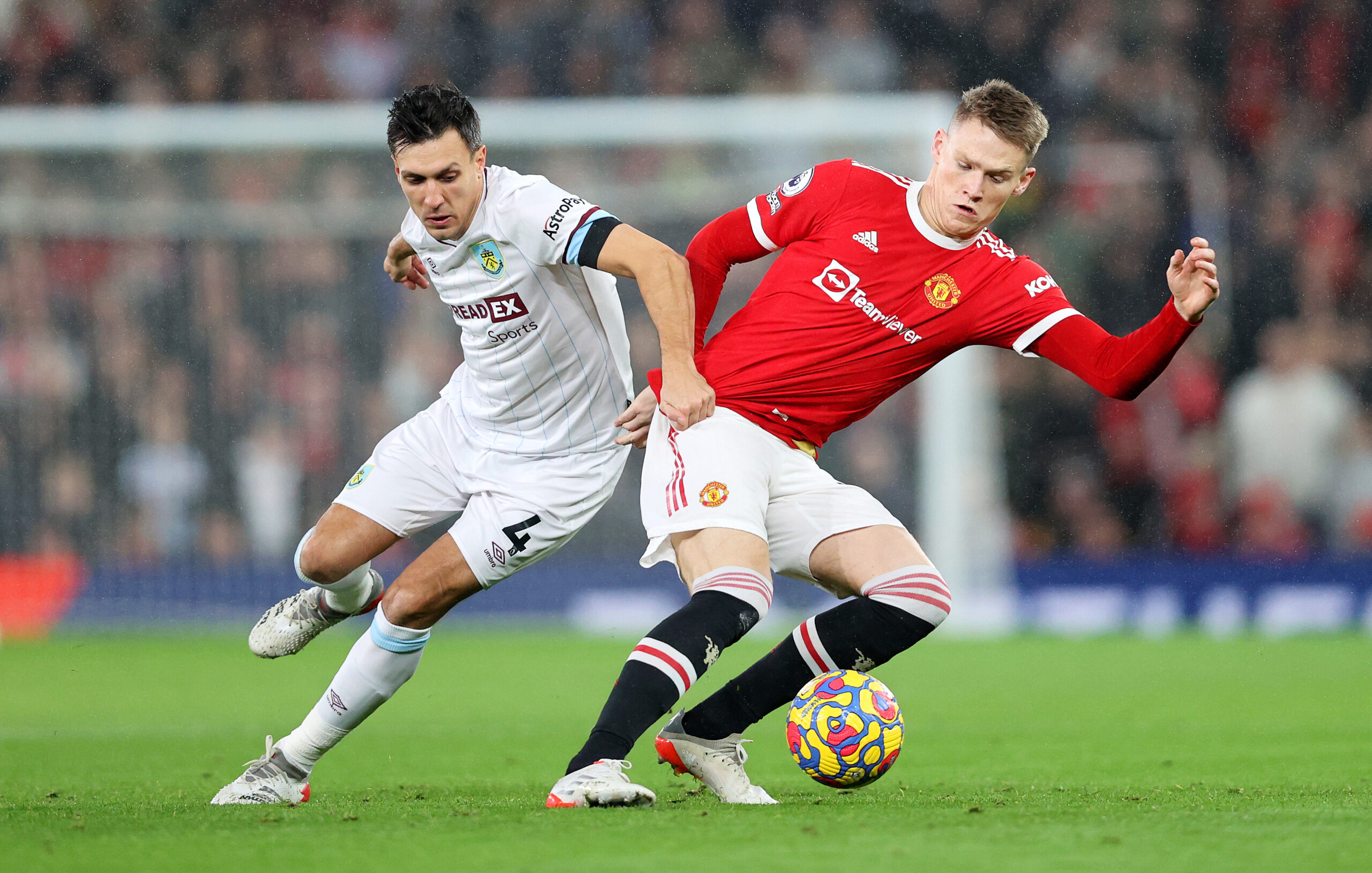 Manchester United manager Ralf Rangnick was pleased for Scott McTominay following his stand-out performance against Burnley in the Premier League.

The Scotland international was initially deemed doubtful for the game with an ankle issue, but he ended up playing the entire 93 minutes against Sean Dyche’s side yesterday.

The midfielder had a terrific outing. He opened the scoring after just eight minutes with a superb effort from the edge of the box to beat goalkeeper Wayne Hennessey.

A Ben Mee own goal from a Jadon Sancho cross made it 2-0 in the 27th minute. A few moments later, Ronaldo handed United a three-goal cushion after McTominay’s shot was blocked.

The 25-year-old’s shot towards the top corner was fantastically saved by the Clarets shot-stopper, but Ronaldo was on guard to tap home from the resulting rebound.

A defensive mistake from Eric Bailly contributed to Aaron Lennon making it 3-1 before the break, but the Clarets were unable to reduce the deficit after the interval.

McTominay had the license to make regular forward runs, with Nemanja Matic acting as the defensive midfielder. He excelled in his role with three shots from outside the box.

His third strike was also on target, but Hennessey showed terrific reflexes to deny him. McTominay could have quite easily bagged a hat-trick if not the Welshman’s solid resolve.

Following the game, Rangnick revealed that McTominay was initially an injury doubt. He added that the £31.5 million-rated star was a ‘very important player’ for the Red Devils on the night.

He told Manutd.com: “We only decided this afternoon at two o’clock that he would play because he still had some problems with his ankle that he suffered at Newcastle.”

“So it was good to have him available and in the team. At half-time, our team doctor said he would be struggling in the second half after the level of pain, but it was important to have him in the team and he was able to play for 93 minutes. A very important player for us today.”

McTominay has been ever-present in the line-up since Rangnick took interim charge this month. Fred was recently the best-performing midfielder, but he was dropped after a poor display at Newcastle United.

Hence, the Scot can’t take things for granted. His performance was exceptional last night, but the onus remains on finding consistency and whether he can replicate his latest performance.

McTominay has a keen eye for goal, having been a striker during his development years.

He was offered plenty of shooting space yesterday, but can’t anticipate similar situations against better opposition.