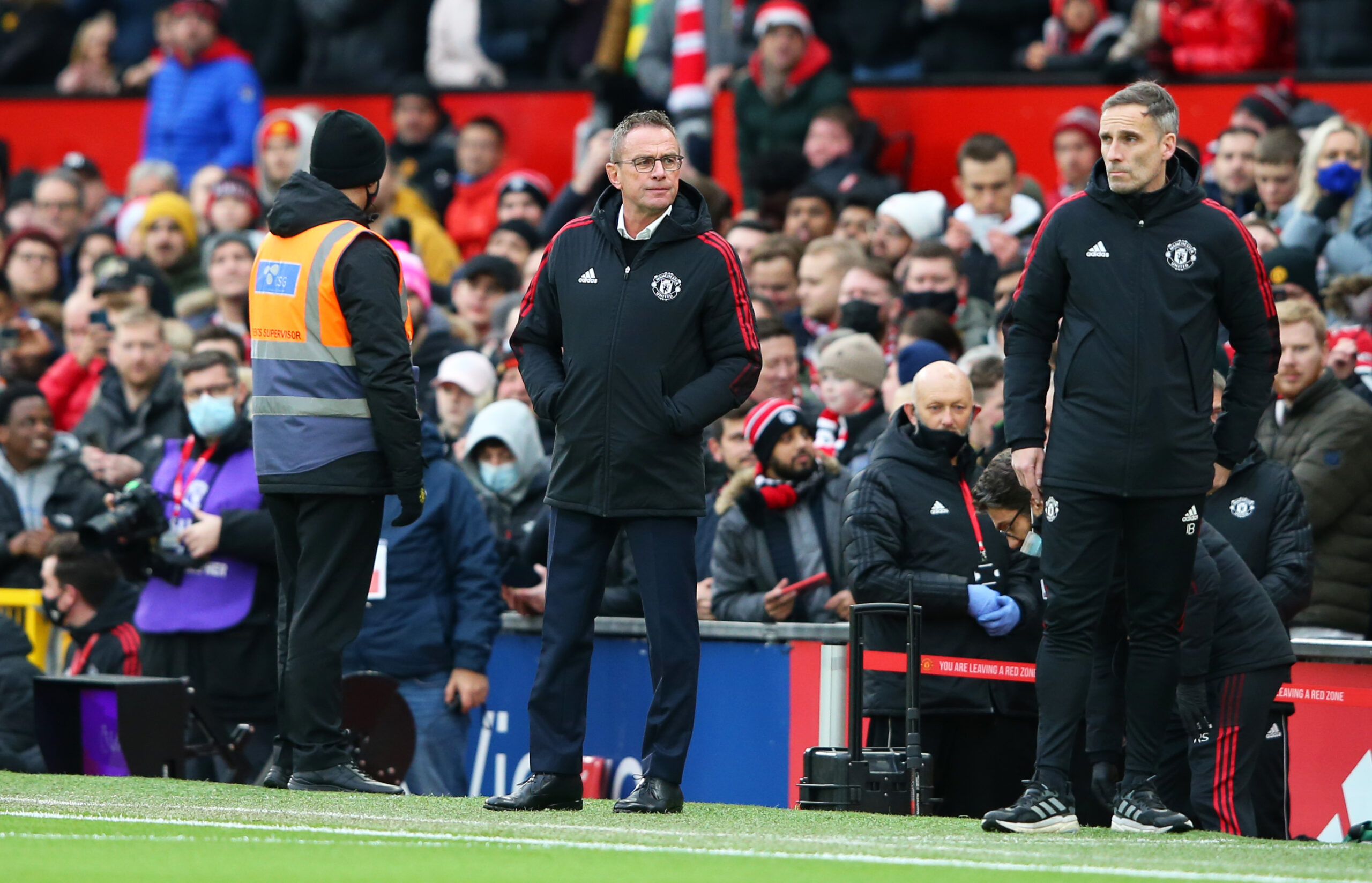 Manchester United boss Ralf Rangnick has delivered a promising squad update ahead of the Red Devils’ trip to Newcastle United on Boxing Day.

Following a wave of injuries and positive COVID-19 cases, the three-time European champions could take on the Magpies at full strength.

Except for long-term absentee Paul Pogba, who has recently returned to partial training, all other Man United players are available for selection, according to Rangnick.

“Today was the third day of training this week and we had 25 outfield players,” he told BBC Sport.

“Paul Pogba is the only one missing out, everyone else was on board.

“We closed the training ground to break the chain. The development of the last week is extremely positive.

“We will train tomorrow and there will be a day off on Christmas Day before we have the last training session on Sunday.”

Pogba has been out of action for two months with a hamstring injury, last featuring for Man United in a 5-0 thumping at the hands of Liverpool in late October.

Although he’s recently returned to training, the Frenchman is unlikely to be in contention for a trip to St James’ Park as he’s yet to make his debut under Rangnick.

While waiting for his first involvement under the new manager, Pogba has yet to commit to a new contract at Old Trafford.

His current deal is due to expire at the end of the season and talks involving his summer departure have intensified of late.

Meanwhile, the Premier League continues to deal with growing COVID-19 cases and match cancellations, with Liverpool’s home clash against Leeds United on Boxing Day already postponed due to a coronavirus outbreak.

Wolverhampton Wanderers’ meeting with Watford has also been cancelled off amid rising COVID-19 cases within both squads.

Rangnick’s statement comes as a massive boost for the Red Devils ahead of their must-win Premier League fixture against relegation-threatened Newcastle.

However, that success looks like a remote memory at this point, with Rangnick’s side recording just one landslide top-flight victory since, courtesy of a 3-0 win at Tottenham Hotspur in October.

A trip to St James’ Park appears to be a prime opportunity for United to establish consistency under the new manager following a couple of 1-0 Premier League wins.

Newcastle have endured a thoroughly disappointing first half of the season, returning just a single triumph from 18 league fixtures while losing the last three in a row.

An encounter with Man United could be a turning point for Eddie Howe’s side, who can still push themselves away from the relegation territory.

The Tynesiders currently sit three points adrift of 17th-placed Watford, and they’ll have everything to play for in front of attending home fans on Monday.

Read Next: Where do Manchester United go in 2022?

Where could Anthony Martial go next?
Man Utd have no January transfer offers for Paul Pogba