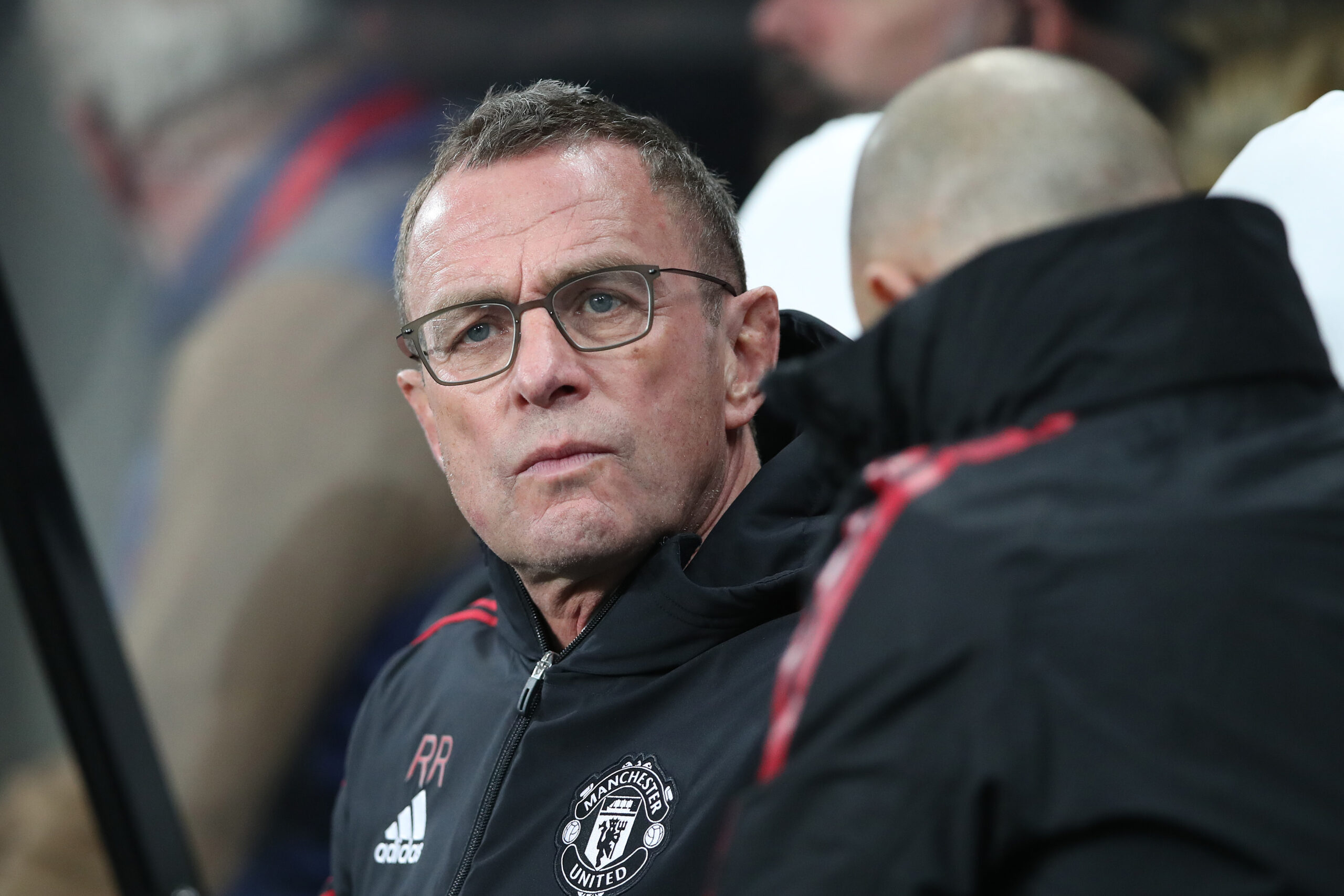 Allan Saint-Maximin took advantage of Raphael Varane’s mistake only seven minutes into the game to fire the Magpies in front.

Despite enjoying 70 per cent of the ball, the Red Devils failed to produce many clear-cut chances in front of Martin Dubravka’s goal.

Luckily for the Old Trafford support, Edinson Cavani managed to make his first Premier League appearance in nearly two months count as he found an all-important equaliser in the 71st minute.

However, Man United had to rely on the woodwork and David de Gea’s miraculous save in the dying moments of the encounter to secure a point at St James’ Park.

It’s fair to say the three-time European champions wasted a golden opportunity to reduce the gap on fourth-placed Arsenal.

They now trail the Gunners by seven points, and Rangick has every reason to be furious at his players.

During the post-match interview, the German manager blasted his side’s horrible performance against one of the most in-trouble Premier League teams.

“I didn’t like the performance at all – today we didn’t control the game apart from a few moments,” he told Sky Sports.

“It’s all about energy, physicality and who wins the second balls. In all those areas, we weren’t at our best.

“The good thing is we got a point, but the performance needs to be better.

“You have to be ready and able to win those direct duels, and this was not that often the case.

“When we were in possession, we had too many giveaways, and even with the goal, that doesn’t make things easy.

“If you want to be competitive here, you have to get physical, and this was not the case in many parts of the game.

“Our biggest problem was the mistakes we made. Even when we scored the equaliser, we were not really controlling the game and making the right decisions.

“We were one goal behind, and we needed to take more risks. In some situations, including the goal, we were good, and with Edinson [Cavani] we had another striker who was dangerous.

“We can do better, but we have to do it. We shouldn’t look for excuses – we need to be better and get more physical.

“I was not happy with our performance with the ball or when we had to press. What kind of energy mode do we play with the ball and without the ball?”

However, it looked like the Red Devils were nowhere near their blistering form from the start of the season under Ole Gunnar Solskjaer.

Those triumphs should’ve helped the team build much-needed confidence ahead of the business end of the calendar year, but it wasn’t the case.

Even Varane’s long-awaited comeback from a muscle injury failed to give United stability and composure at the back as the Red Devils again looked sloppy in their own half.

But they were nothing short of disappointing at the end of the pitch either, often giving away cheap possession while failing to produce anything meaningful in the opposition’s box.

If they are to challenge for the top-four in the Premier League, the Red Devils will have to improve their game drastically for the rest of the season.